The Bills superfan couldn't make it to the draft this year as he continues to battle stage 4 pancreatic cancer. 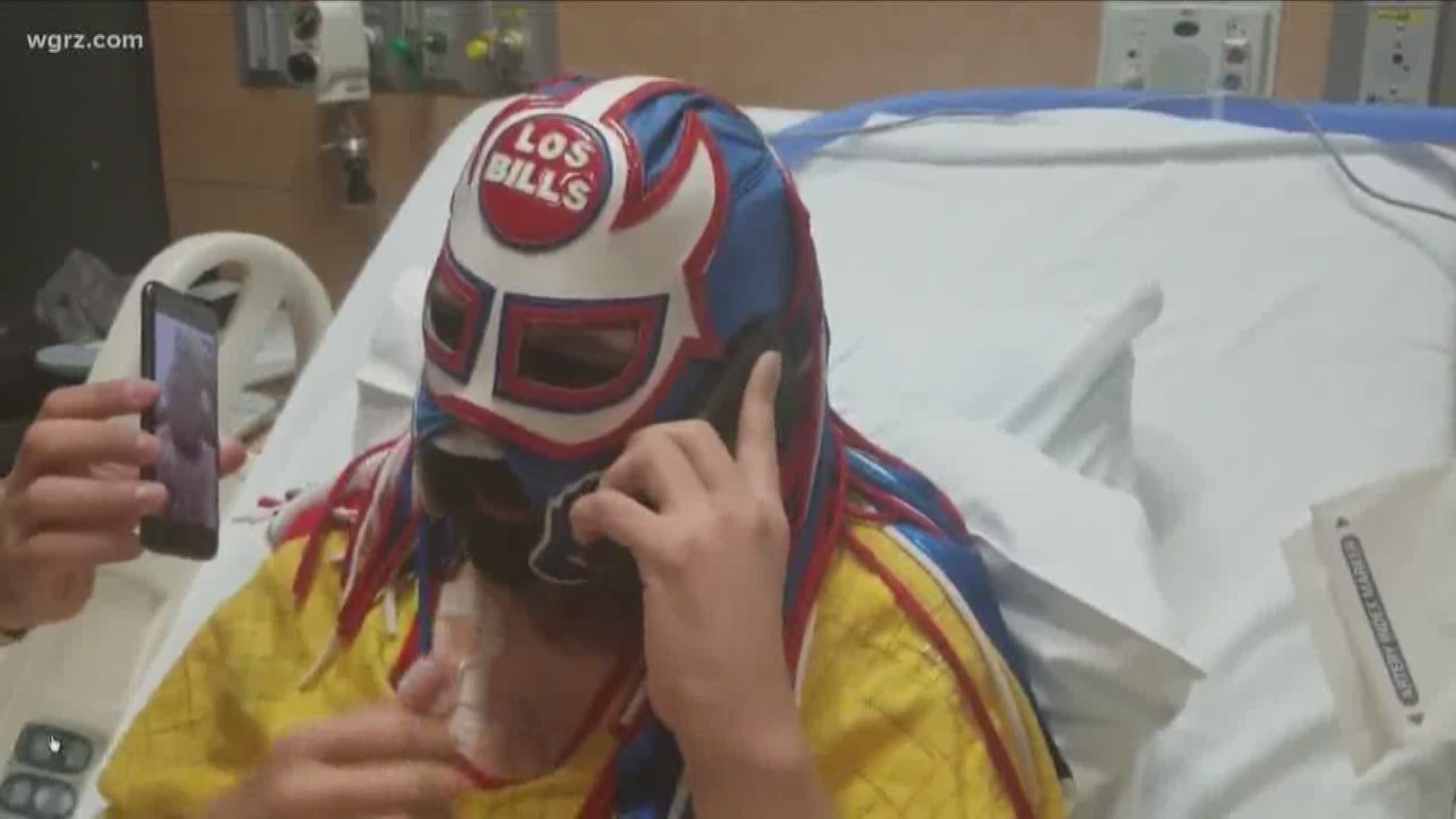 BUFFALO, N.Y. — Bills superfan Pancho Billa may not have been at this year's NFL Draft in person, but he still had the chance to make the call-- literally.

The team tweeted out a video of Pancho, a.k.a. Ezra Castro,on a conference call with Bills GM Brandon Beane when they picked Ed Oliver 9th in the first round.

Castro was initially invited by former Bills star Stevie Johnson to announce the third round pick, but was forced to decline because of his failing health.

Earlier this week, Castro was re-admitted to the hospital with lung inflammation.Thursday, Castro confirmed that he has been moved into hospice care. He said he is not giving up and continues to hope for a miracle. He also asks Bills fans to keep praying for him.

"Man, what a blessing," said Castro during a telephone interview with WGRZ-TV on Friday afternoon from his hospice room, as he recalled the events of Thursday night.

"It felt like I'm wanted and loved and it shows great appreciation for what I've tried to show with my fight. It was a good feeling to be part of it...it's a great thing when the fans and the organization get together. It brought great joy to me and everyone in the room I was in."

Friday found Castro to be in good spirits as he awaited the arrival of family visiting from El Paso. He said that he is on oxygen 24 hours a day now, which helps with his breathing.

"Every morning starts out kind of groggy for me until the medicines kick in and I start to feel a little bit better. I'm thankful  I can still eat...I have cream of wheat and fruit...just trying to stay healthy and do what the doctors say and move around as much as I can," he said.