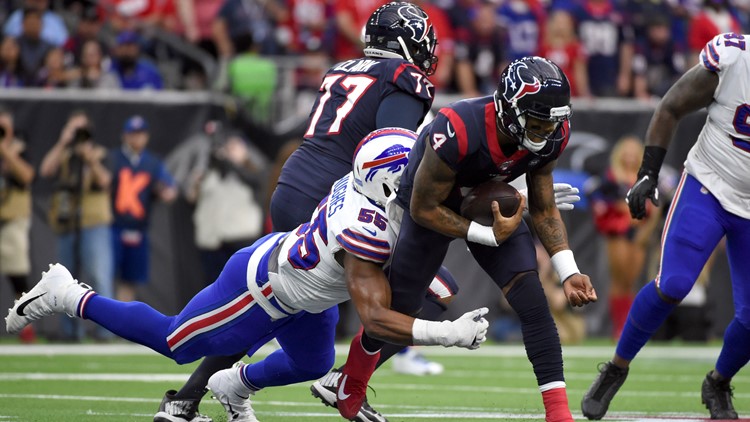 ORCHARD PARK, N.Y. — The NFL has ruled that the Buffalo Bills did not violate league policy on reporting injuries in connection to defensive end Jerry Hughes revealing he played with torn wrist ligaments.

The NFL told the Buffalo chapter of the Pro Football Writers of America in an email Monday that its review of the matter found no violation.

The group had raised questions over how the league's injury-reporting policy was interpreted after Hughes revealed the severity of the injury in a Twitter post following Buffalo's loss to Houston in an AFC wild-card playoff earlier this month.