Phillips has dedicated his life to helping children with developmental disabilities in both Western New York and in his hometown of Omaha, Nebraska. 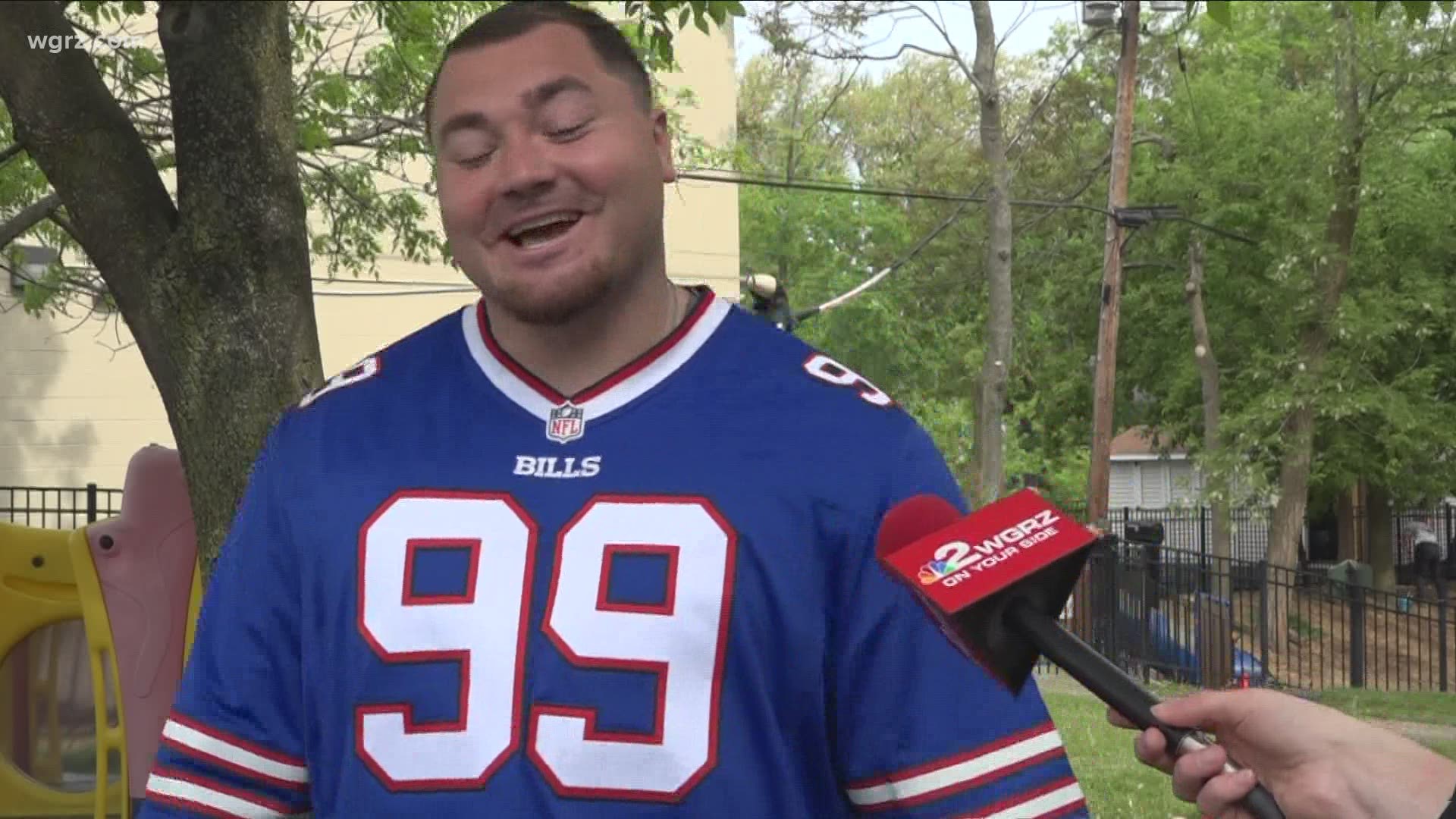 Blake Cavers, a 19-year-old who went to Bornhava, gave a side eye to Phillips when 2 On Your Side's Julianne Pelusi asked him who would pull more weeds at Saturday's charity event to help landscape where the children play.

"He said 'no,' " Cavers said with a laugh, knowing Phillips wouldn't want to compete with his hard work.

Cavers' competitive and playful demeanor softened when he talked about the guy he wants to have right next to him on the Buffalo Bills' defensive line of the future.

"Someday I'll be drafted to the NFL and play with Harrison Phillips," Cavers said.

Phillips, who is inspired by the optimism from his friends, said, "If you go to any of my events, you see kids who are always optimistic. If we're doing a basketball game, and they miss nine shots, they're betting on themselves that they're going to make that 10th one, and that's encouraging."

The same way Phillips digs his hands into the turf on Sundays in the Fall, he got his hands dirty on Saturday in the soil, helping to freshen up the Bornhava playground and yard, along with his charity organization "The Playmakers" and Boy Scouts Troop 286.

Phillips joked he had OTAs coming up with the Bills this week but there was a pile of mulch waiting for him.

Bills’ Walter Payton Man of the Year @horribleharry99 and his Playmakers teamed up with Boy Scouts Troop 286 to tidy up Bornhava, an early childhood center for children with developmental disabilities, in Amherst. @WGRZ pic.twitter.com/vD2eYfxVve