After nearly a week of waiting, the Bills learned that NFL MVP quarterback Patrick Mahomes got the green light to play for the Chiefs on Sunday night. 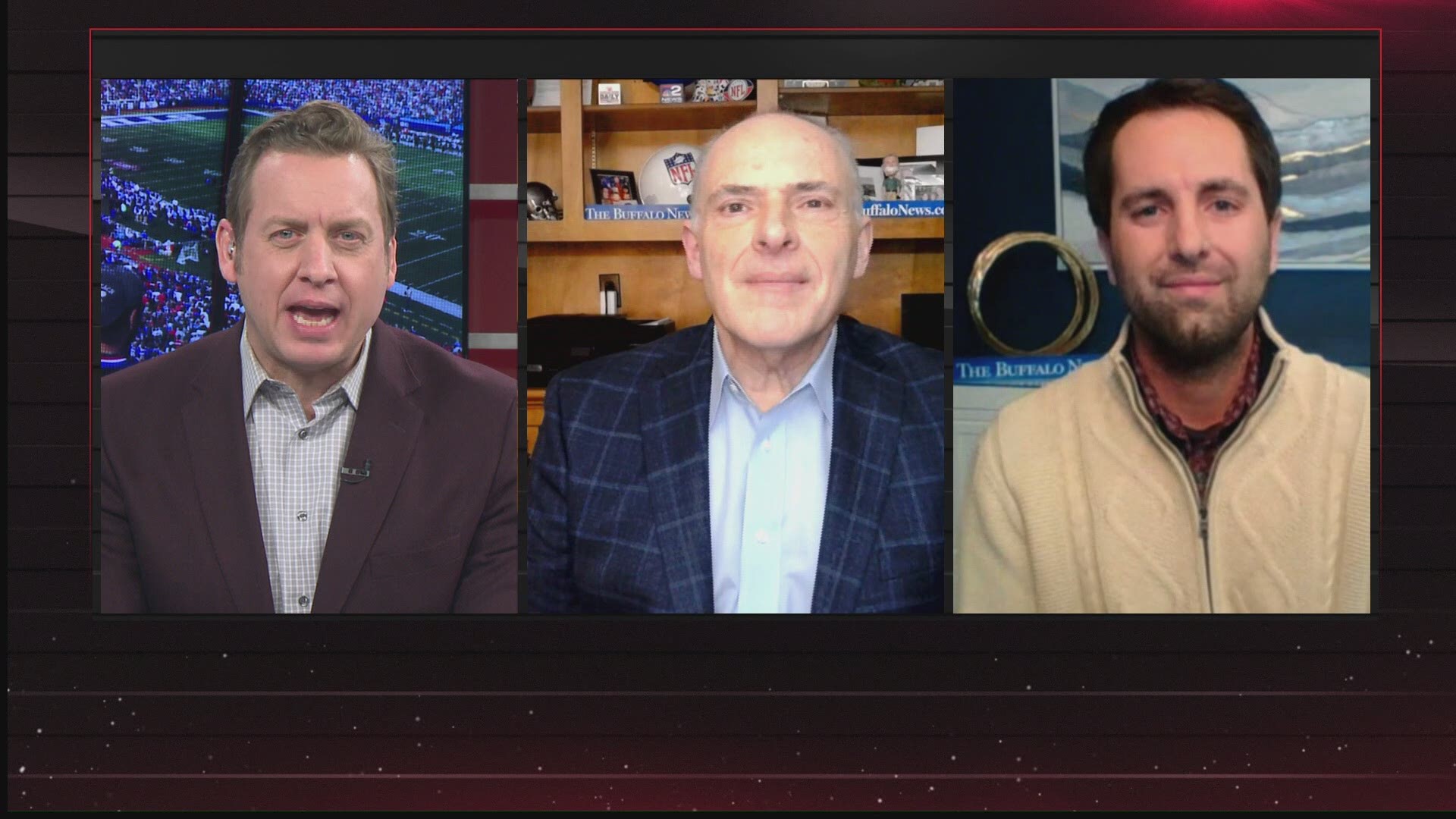 ORCHARD PARK, N.Y. — Two MVP-caliber quarterbacks meet on Sunday in a battle for the AFC championship game and, more importantly, a trip to Super Bowl LV.

One of those two quarterbacks, the Chiefs’ Patrick Mahomes, confirmed on Friday he cleared the NFL’s concussion protocol. He was injured on a rough hit during the team's divisional-round playoff win against the Cleveland Browns.

Backup quarterback Chad Henne finished the game, which led the Chiefs to this matchup against the Bills. Henne would have been the starter if Mahomes couldn't play Sunday.

But it will be Mahomes against Josh Allen –  a matchup all NFL fans deserve to see – as the two gun-slinging quarterbacks possess incredible accuracy and the ability to take off at any moment.

The Chiefs beat the Bills 26-17 in Week 6, but that was a Bills team that hadn't found its footing yet.

"They showed a couple things on defense that we weren't expecting," Josh Allen said in reference to the two teams' regular-season matchup. "We've gotten a lot better since that game. They can say the same thing.

"Just two good teams that are going to go out there and compete, it's going to be a four-quarter dog fight. We understand. We have to put our best foot forward ... we need to win our matchups."

Luckily for the Bills, one of the easiest ways to beat Mahomes is for Allen to simply outscore him, which Buffalo is better positioned to do than it was in Week 6.

THE EMERGENCE OF ALLEN:

Allen, statistically, played his worst game of the season against Kansas City in October, throwing for only 122 yards.

Things have dramatically improved. Allen has since averaged 280 passing yards per game. So, what has made the difference?

For starters, early in the season the Bills’ starting offensive line was like a revolving door, with starters coming and going in front of Allen.

Once the Bills starters in front of Allen began to solidify after the Week 11 bye, a new threat to opposing pass rushes emerged. Allen had more time to throw to his group of talented receivers, including the NFL's leader in catches and reception yards this season: Stefon Diggs.

NOT THE SAME DEFENSE:

Taking on an offense led by Mahomes is always a daunting task, no matter what an opposing defense has accomplished recently.

"I'll tell you, it keeps me up a night ... trying to figure out how to slow down their offense,” said Bills coach Sean McDermott. “Tyreek Hill being one of them and [Travis] Kelce, of course.”

Shutdown corner Tre’Davious White is a potential solution for stopping Chiefs wide receiver Tyreek Hill, but the Bills’ coaching staff hasn’t revealed if White will shadow Hill around the field on Sunday.

Bills defensive coordinator Leslie Frazier provided insight into how linebacker Matt Milano, who missed the Week 6 matchup with a pectoral injury, could be an answer for Chiefs tight end Travis Kelce.

"He's arguably the best tight end in our game, and he can do so many things so well, and they move him around so much and put him at the number one position," Frazier said of Kelce, whose 1,416 receiving yards in the regular season ranked second in the NFL behind Diggs.

#Bills McDermott: WRs Stefon Diggs and Cole Beasley "are in a good spot" in dealing with injuries as they prepare for the game. @wgrz

“We're fortunate to have Matt [Milano] back. That's going to make a difference for us, we believe, and that should help us."

Milano will be back in a comfortable linebacker duo with Tremaine Edmunds, who played but was dealing with a shoulder injury in Week 6 against the Chiefs.

"Our relationship over the last few years have grown tremendously," Milano said of Edmunds. “You kind of have a sense of where he's going to be and where I'm going to be when we're both out there. Just being able to play off somebody like that just allows you to play that much faster and allows you to make some more plays."

The tandem could also help bolster the run defense that allowed Kansas City to run for a season-high 245 yards in Week 6 against the Bills.

NOT THE SAME CHIEFS OFFENSE, POSSIBLY:

Chiefs running back Clyde Edwards-Helaire ran for 161 yards on the way to that Week 6 win over the Bills, but he is listed as questionable for the game Sunday night.

Frazier doesn’t regret challenging the Chiefs to run the ball in that game. The Bills were focused on preventing Mahomes and his pass catchers from gaining chunks of yards. Frazier, though, knows a different approach is required on Sunday.

"We dared them to stay with the run game, and low and behold, they stay with it," Frazier said, "and had a lot of success."

Regardless of who starts at running back, the Chiefs will also have the ability for Mahomes to take off at any time. It's up to the Bills’ defense to slow Mahomes enough for Allen and his receivers to outscore Kansas City.

The Bills and Chiefs kick off Sunday at 6:40 p.m. at Arrowhead Stadium in Kansas City.