A mentor meets his protégé in Sunday night's AFC championship game between the Bills and Chiefs. 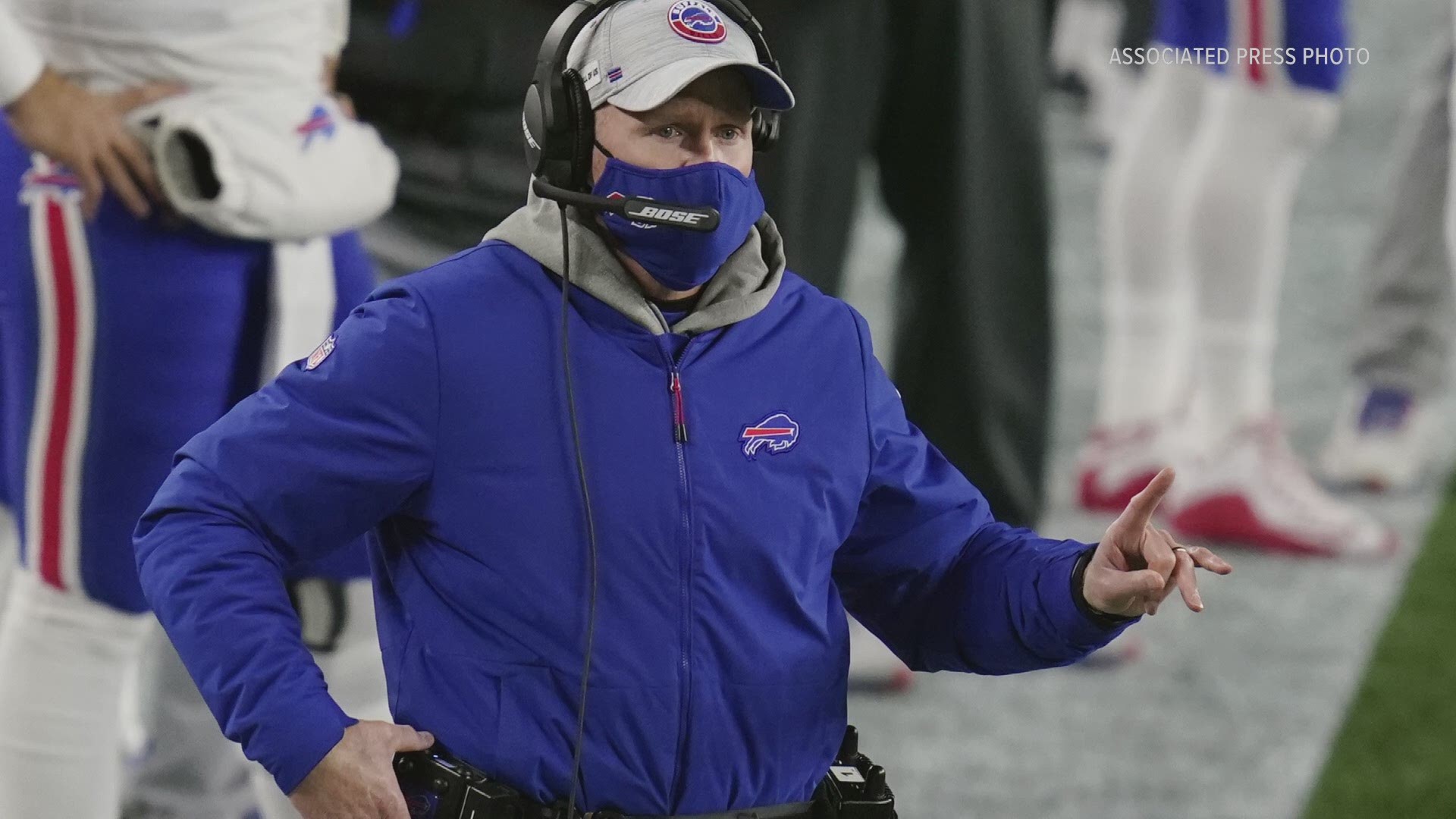 ORCHARD PARK, N.Y. — Humble beginnings always seem to be the start of the greatest success stories.

Bills head coach Sean McDermott was doing several odd jobs in Philadelphia in 2001, when he was promoted to the "assistant to the head coach" title.

McDermott recalled changing tires on the expressway in town and "being an Uber driver before Uber was around."

At the time, that head coach in Philadelphia was current Kansas City Chiefs head coach, Andy Reid, who McDermott will meet on Sunday in the AFC championship game.

The two coaches and their teams compete for a spot in the Super Bowl LV, 20 years after McDermott became Reid's assistant.

"There was some grunt work for me back then, but you do what you got to do to get your foot in the door, and no job was too small," McDermott said.

McDermott's jobs got bigger over the next 10 years in Philadelphia, as he worked his way up the coaching ladder to be named the Eagles defensive coordinator in 2009. Perhaps soaking up the knowledge from one of the league's greatest coaching minds back in 2001, over countless hours together as his assistant, helped.

"Being in some real tangible salary cap-style meetings with Andy and leadership at the time ... that was a great opportunity for me to learn," said McDermott, who mentioned Las Vegas Raiders coach Jon Gruden, another veteran in the league.

"That's really the way Andy pitched it. He had mentioned that that's how Gruden got his start, so I felt like if Gruden was able to do what he was able to do with that opportunity, I wanted to give it a try."

Now, as Reid prepares to meet one of his protégés in the AFC championship game, he can't help but be amazed by McDermott's work as the Bills' head coach.

He said this week McDermott deserves the NFL's Coach of the Year award.

Perhaps McDermott will go from assisting a coach to a Super Bowl-winning head coach, like Gruden.

The first step will be beating Kansas City and an old mentor on Sunday.