The Bills announced the new, temporary name for the Orchard Park stadium back on August 20. 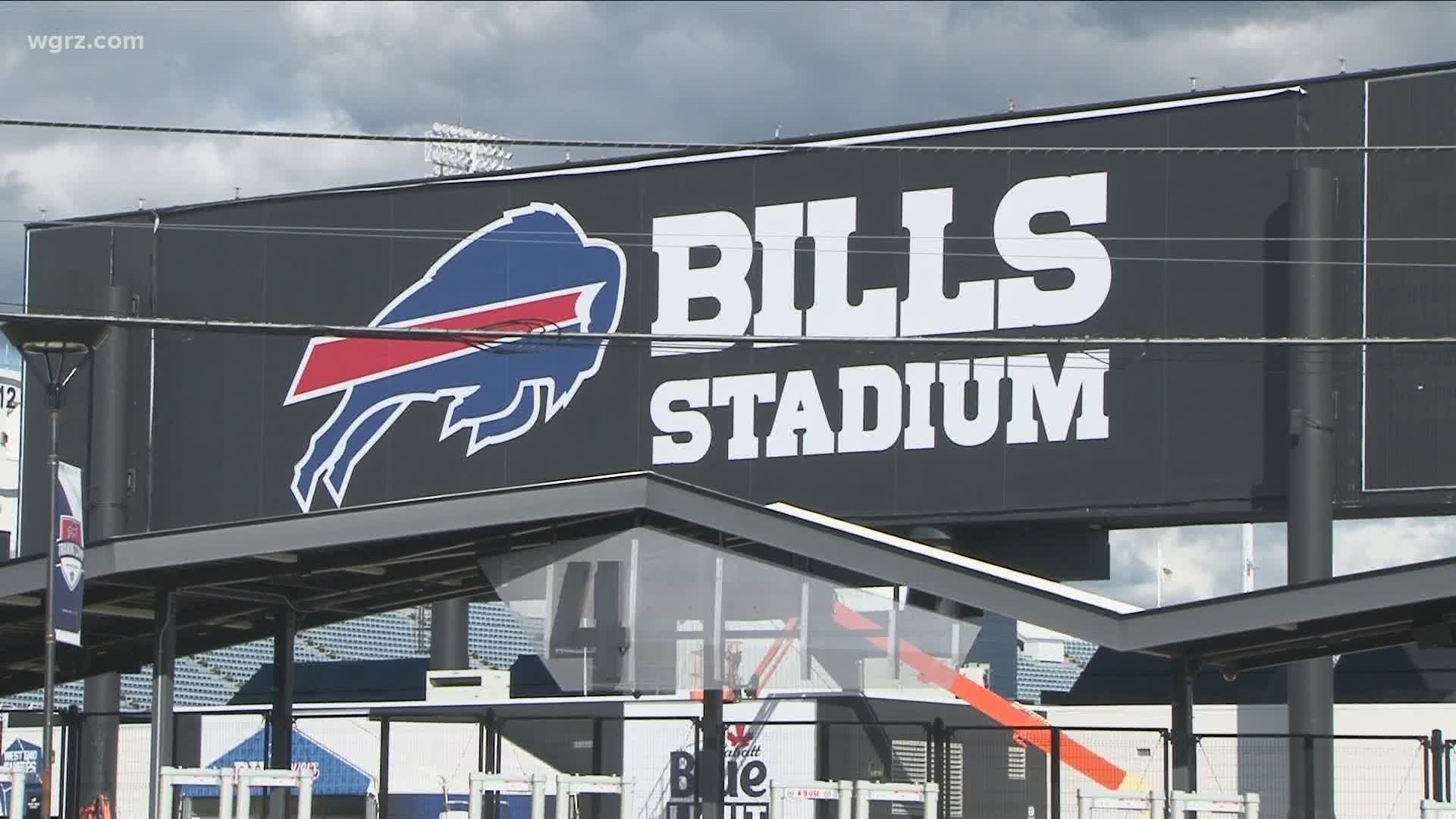 ORCHARD PARK, N.Y. — With only two weeks until the Buffalo Bills kick off the season against the New York Jets at Bills Stadium, new signage has appeared on Abbott Road.

The Bills announced the new, temporary name for the Orchard Park stadium back on August 20. Now the stadium officially bears the name.

The team issued a statement earlier in the month saying, "As we continue the transition process from New Era Field to a new naming rights partner, we will officially use the name Bills Stadium for our home in Orchard Park."

Back in July, the Bills announced that the New Era Cap Company asked to be released from its naming right and sponsorship deals with the Bills, dropping New Era from the stadium name.