The ticket exchange company surveyed 3,200 fans across the NFL on their stadium experiences 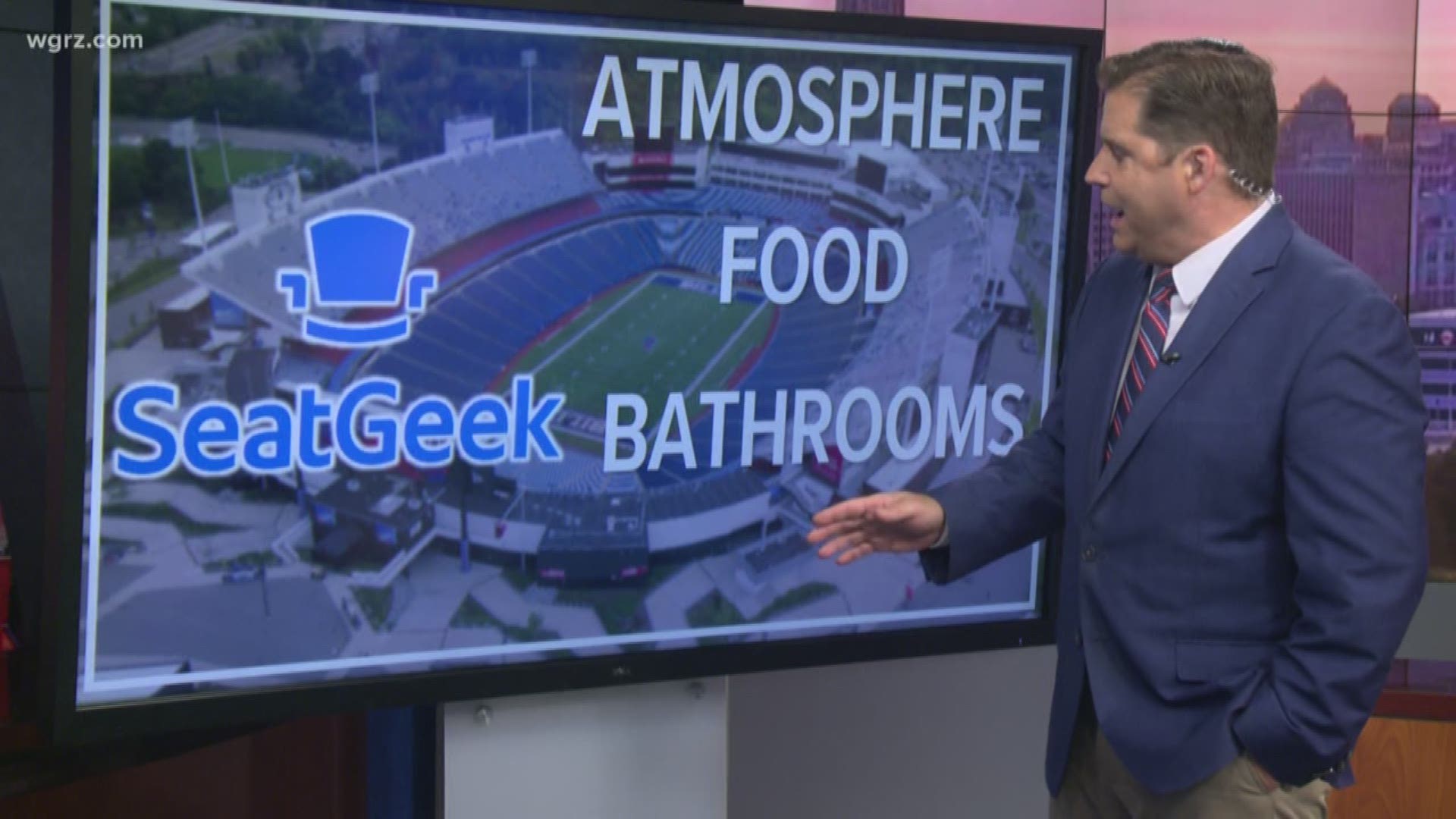 BUFFALO, N.Y. — New Era Field is home to die hard Bills fans, legendary tailgating, and winter weather that made the Marv Levy words famous—"When it's too tough for them, it's just right for us."

SeatGeek recently surveyed more than 3,200 NFL fans about their football-going experiences, noting such details about the league's 32 stadiums, and ranking them based on atmosphere, food, and bathrooms.

New Era Field was ranked seventh out of all 32 teams for atmosphere with a 4.6 rating out of a possible 5. The stadium ranked 14th for food with a 3.7 rating, and 29th for bathrooms with a 3.4 rating.

An incredible 93% of Bills fan surveyed said they have tailgated before.

According to the survey, the best month to get a deal on tickets is December and the best section to consistently score a deal in is Section 240.

Additionally, the most "in-demand" matchup this year is the Patriots game on September 29th. Bills fans love an AFC East rivalry on home turf.

For the full stadium guide and ranking click here.

RELATED: Adam & Vic on Bills' come-from-behind win against the Jets