Bills Backers chapters around Tennessee told 2 On Your Side they are getting ready for a Bills Mafia takeover next week. 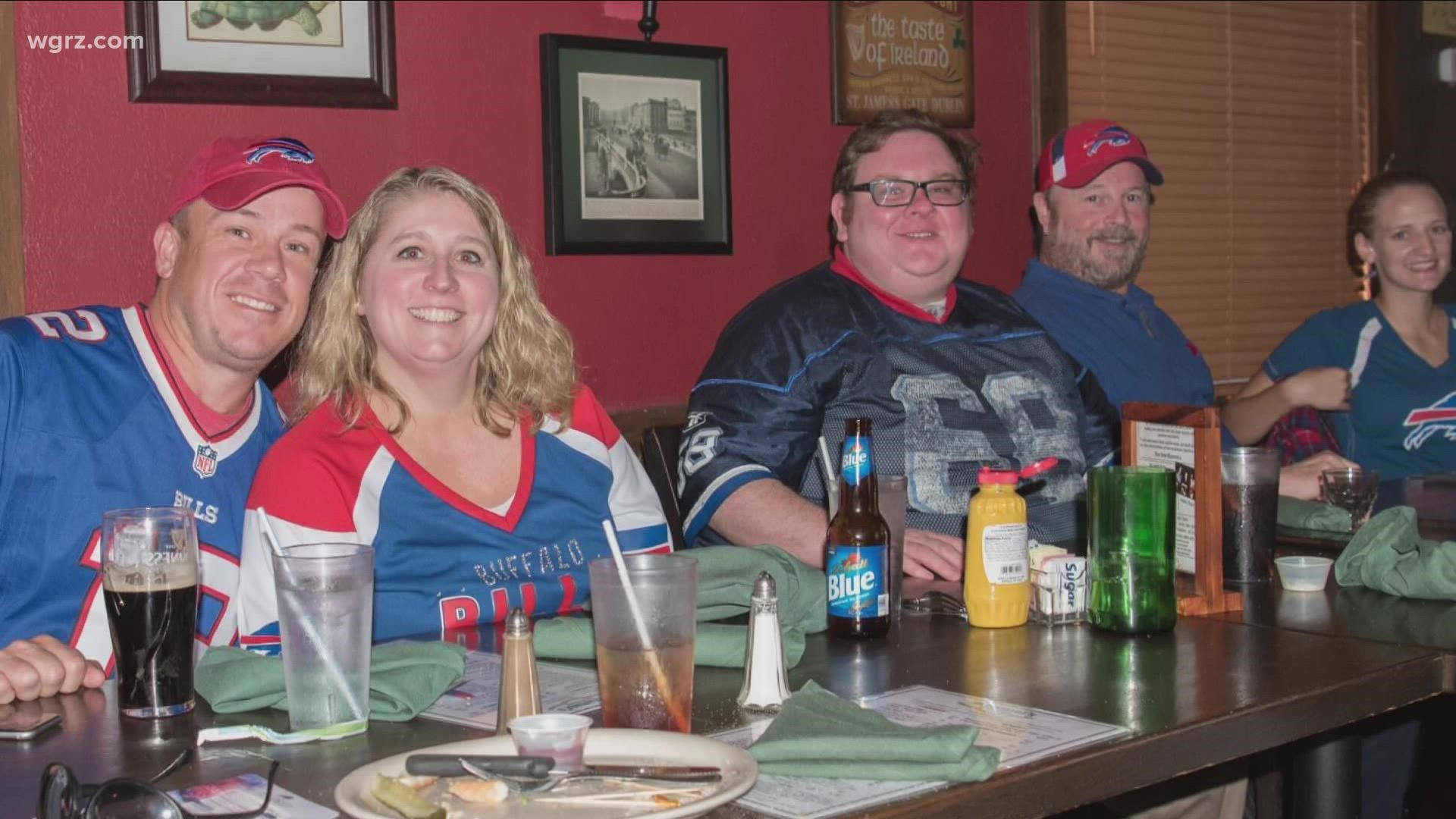 NASHVILLE, Tenn. — Czann's Brewing Company just moved from downtown Nashville to the west side all because of a love for Western New York cuisine.

"I put in a larger kitchen so that I could feature the food I love from Buffalo," owner Ken Rebman said.

Rebman is originally from the Queen City, adding beef on weck, white hots, and real wings to the menu.

"Around Nashville, they're always soggy, wet, oily. It's like no, no, no. We do it the right way with butter and Frank's," Rebman said.

Good thing he does. As a newly registered Bills Backers bar in the Music City, Rebman will have a tailgate outside for bills mafia not attending the Bills' game with the Tennessee Titans game on Monday night.

It's just one event Bills fans can choose to attend this weekend.

The Nashville Bills Backers chapter is also putting a pre-game party together on Sunday at the Crow's Nest from 10:30 a.m. to 2:30 p.m.

Then on Monday at 2:45 p.m., there's a tailgate right across from Nissan Stadium, expecting about 4,000 Bills Mafia fans.

"We go in and we say to a bar, listen, I could pretty much promise you about 75 to 100 people come in, win or lose. Some teams, when they start getting bad, they don't show up. We show up, win or lose. It's kind of a nice offering for a bar in Nashville or anywhere in the country really to know they can depend on us to show up," said Mary Dillon, president of the Nashville Bills Backers.

Fans can also show up to City Tap Nashville from noon to 6 p.m. Sunday. That's where the Downtown Nashville Bills Backers are putting on a pre-game party.

As Monday nears, Bills fans are pretty sure how the game will end.

"I'm not worried at all. Buffalo is going to kill (the Titans)," Rebman said.