Since the Divisional Round of the NFL playoffs, Bills Mafia has donated $500,000 to Jackson's favorite charity after he left the game with a concussion. 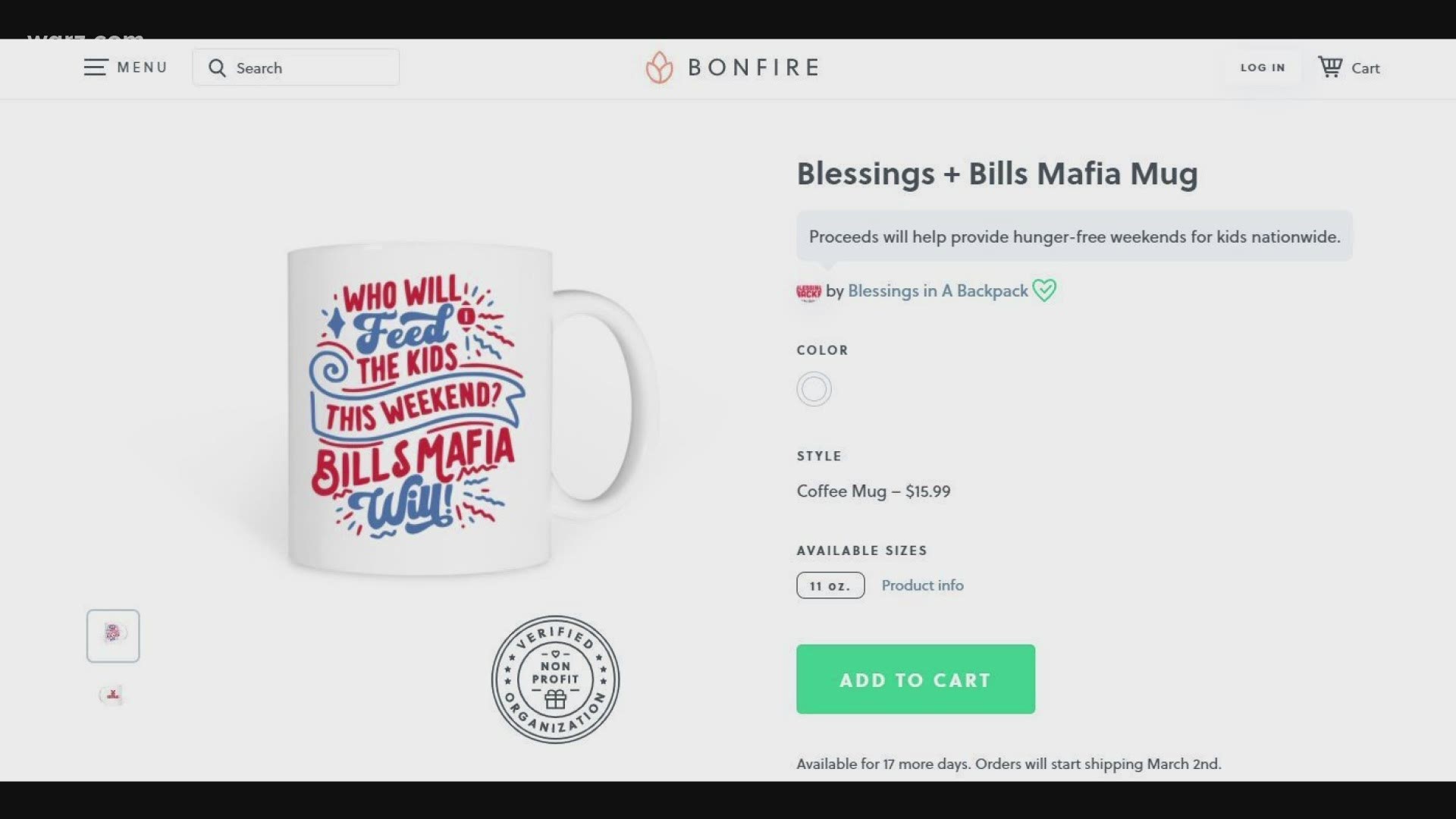 LOUISVILLE, Ky. — A Louisville, Kentucky charity is now finding a formal way to say 'thank you' to all the members of Bills Mafia who donated to their cause.

During the Divisional Round playoff game between the Bills and the Ravens, Baltimore's quarterback Lamar Jackson suffered a concussion and was forced to leave the game. Since that day, Bills Mafia has been donating to Jackson's favorite charity Blessings in a Backpack. The organization helps provide meals to children struggling with food insecurity.

As of February 5, the donations from 17,451 members Bills Mafia totaled more than $500,000. According to a tweet from Blessings in a Backpack, that will allow them to provide more than 131,000 hunger-free weekends for children.

The generosity of #BillsMafia continues to grow! Thank you to everyone who's donated to Blessings in a Backpack. We couldn't do what we do without your support! pic.twitter.com/25c5z0ktgr

— Blessings in a Backpack (@BlessinBackpack) February 4, 2021

Lamar Jackson has yet to address this latest update on social media, but when the donations first started, he tweeted his gratitude to Bills Mafia. On January 18 he tweeted: "Appreciate that #BillsMafia Means A lot not to only me but those  kids as well."

Appreciate that #BillsMafia Means A lot not to only me but those kids as well💜💜 https://t.co/fDNjJMpni9