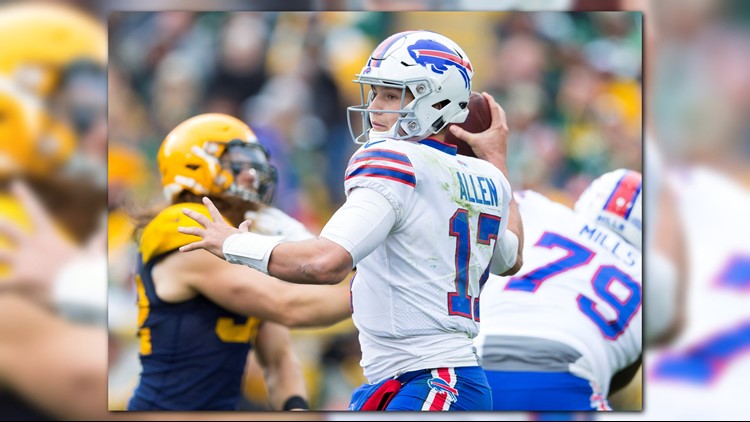 Josh Allen will not play this week, according to reports. Who will Bills turn to at QB?

It’s not a huge shock based on recent news and reports, but a new report has surfaced on Tuesday which indicates that Buffalo Bills quarterback Josh Allen will not play in Week 7 against the Indianapolis Colts.

According to ESPN, Allen will miss Sunday’s game and the report adds there is “concern he will miss weeks.”

A separate report from ESPN on Monday evening stated that Allen suffered a strained UCL ligament in his throwing arm’s elbow. Allen could be out about a month allowing the injury to rest.

During Sunday’s 20-13 loss to the Houston Texans, Allen was spotted on the sideline wincing in pain as trainers evaluated his injury.

On Monday, Buffalo head coach Sean McDermott labeled Allen’s injury as “week-to-week.” McDermott also discussed the two options who could now start for the Bills against the Colts: Nathan Peterman and Derek Anderson.

On Anderson, the coach said the 14-year vet might not be ready in time, calling his knowledge of the offense, at this point, a “work in progress.”

“(Anderson is) picking [the offense] up. To come off the street and come in, he’s upstairs right now, he’s upstairs all the time. I don’t think you can put the whole thing on him. He’s played a long time, so concepts are concepts. It’s understanding the language. He’s grinding it out,” Daboll said.

On Peterman, it didn’t sound like McDermott gave much consideration to getting rid of the second-year player. Instead, on two occasions, McDermott expressed his confidence in Peterman, despite another interception-filled outing against the Texans.

“I have to put the guy out there who’s the best guy for our football team. I understand the fan side of it and that sentiment, but at the same time I have to do what’s best for the football team,” McDermott said. “I’m confident in every football player on our team and with respect to Nate, no different.”

Starting Peterman on Sunday against the Indianapolis Colts would be nothing short of a bold move by McDermott after another outing against the Texans which featured a Peterman pick-six late in the contest to give Houston the win.