The second-year Bills quarterback is in the NFL's concussion protocol. 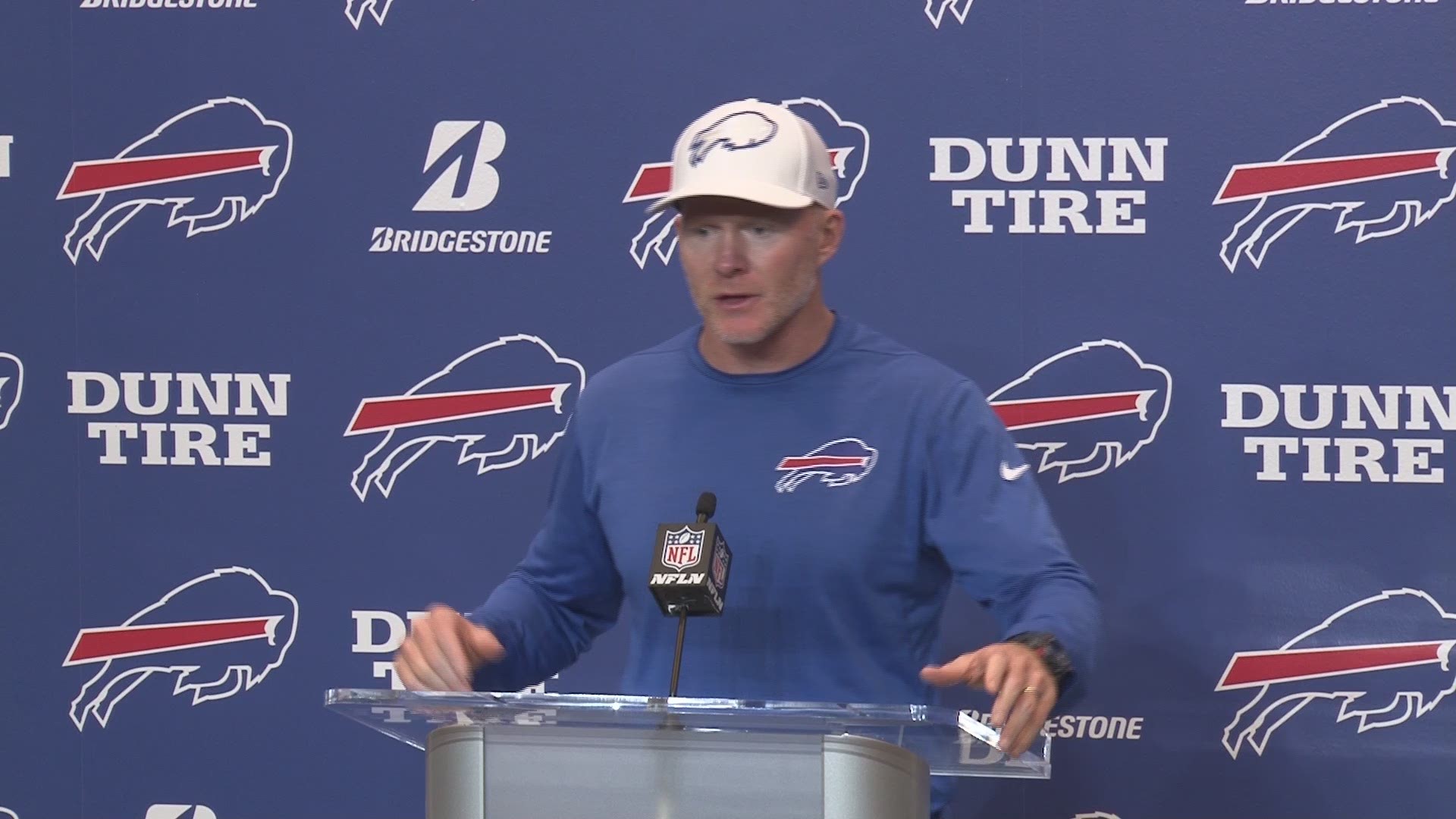 ORCHARD PARK, N.Y. — In the fourth quarter of a loss to the Patriots, Bills quarterback Josh Allen took off running.

He paid dearly for it. Patriots defensive back Jonathan Jones leveled the second-year quarterback with what was a helmet-to-helmet hit.

Allen left the game and did not return. Matt Barkley took his place.

After the game, Bills coach Sean McDermott said that Allen is in the NFL's concussion protocol.

Two flags were thrown on the play. The Bills were called for holding and Jones drew a flag too, but when the penalties offset, the Bills replayed the down.

Jones told NFL.com, "I haven't seen it. You know, I have to watch it on film. We're just running around playing football. There's no intent to ever hurt anyone, you know, we're just playing good, clean football. I don't think anybody ever really tries to go helmet-to-helmet. Everyone's just flying around wanting to make plays, wanting to make starts."

McDermott said after the game "there's no room in football for that. It's a shame to see a player like Josh or any player for that matter, go down with a hit like that."

2 On Your Side Sports Director Adam Benigni asked McDermott what explanation if any he  got from the league.

Benigni asked: "We put in a request to the league for more of an explanation as to why Jones wasn’t ejected and it came back and said it didn&#39;t rise to the level of disqualification. What explanation did you get, if any, in the midst of all that down there when that happened?"

McDermott answered by saying, "I asked for the same. I asked for an explanation. And I asked, I thought he should have been thrown out. But other than that, I'm not going to get into that. That's for the league to get into."