WR Kelvin Benjamin said Josh Allen has "one of the strongest arms in the league." 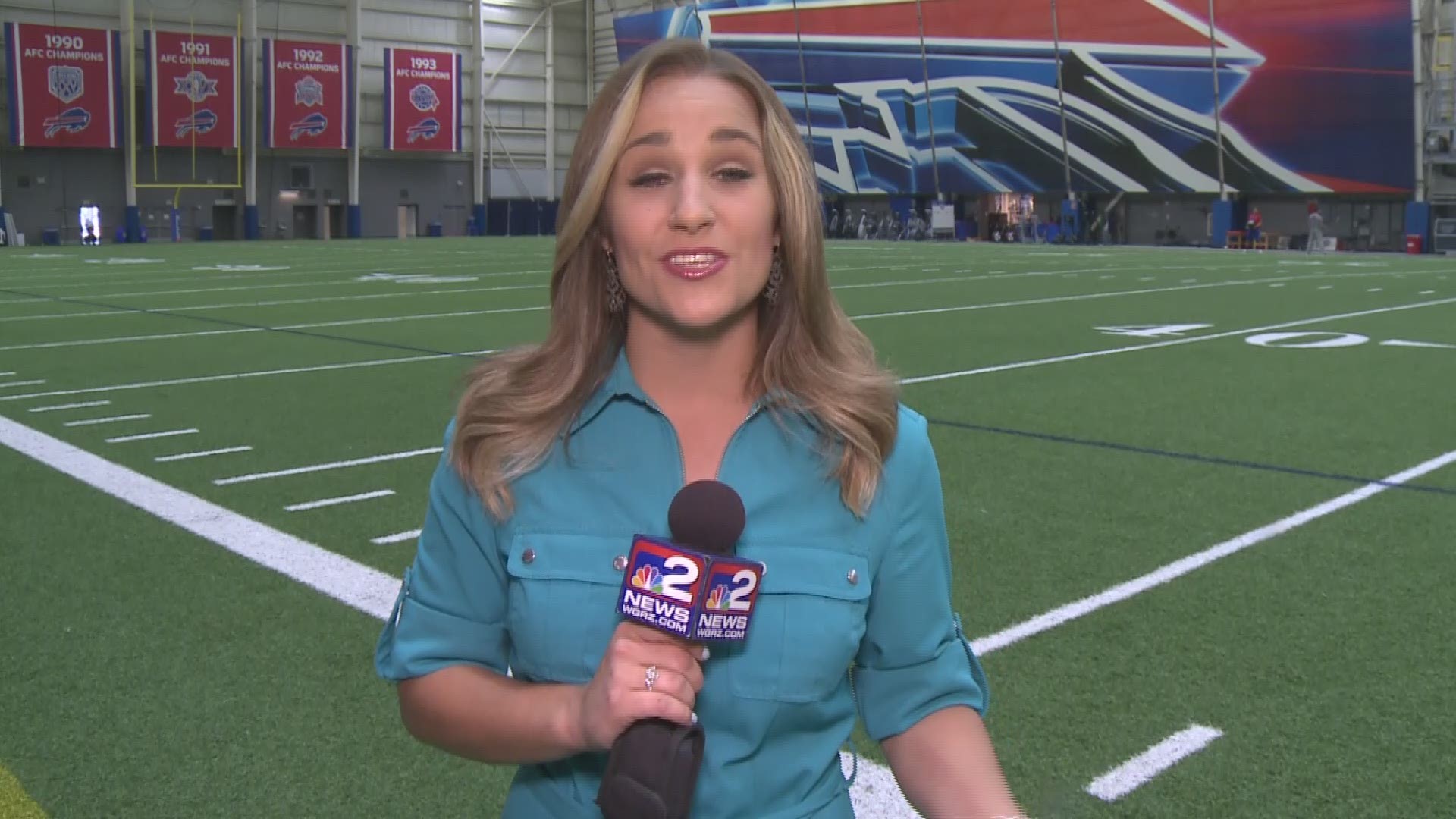 ORCHARD PARK, NY - Just watching rookie quarterback Josh Allen at Bills minicamp, he seemed to get a little better each day and Thursday's end to camp was by far his best day.

He ended practice with a 70-yard touchdown pass to rookie Austin Proehl that had most of the offense after celebrating with high fives and chest bumps.

Allen couldn't have ended his spring workouts on a better note. And it's plays like those that have his teammates impressed. Kelvin Benjamin had some praise for Allen after practice.

"That's one of the strongest arms in the league right now," Benjamin said.

Austin Proehl agrees. He reflected on his time in Carolina watching Cam Newton while his dad, Ricky Proehl was with the Panthers and now compares Newton's strength to Allen's.

"Cam's [Newton] got a strong arm. I was a ball boy so I always had to catch them and at first I thought nobody could beat Cam but throwing with Josh and just seeing the way that ball comes out of his hand it's close," Proehl explained.

Head coach Sean McDermott said the quarterback rotation will remain the same going into training camp with AJ McCarron and Nathan Peterman splitting time with the first-team offense while Allen primarily works with the third-team.