Josh Allen emerging as a leader

Allen feels more "in control" of the offense. 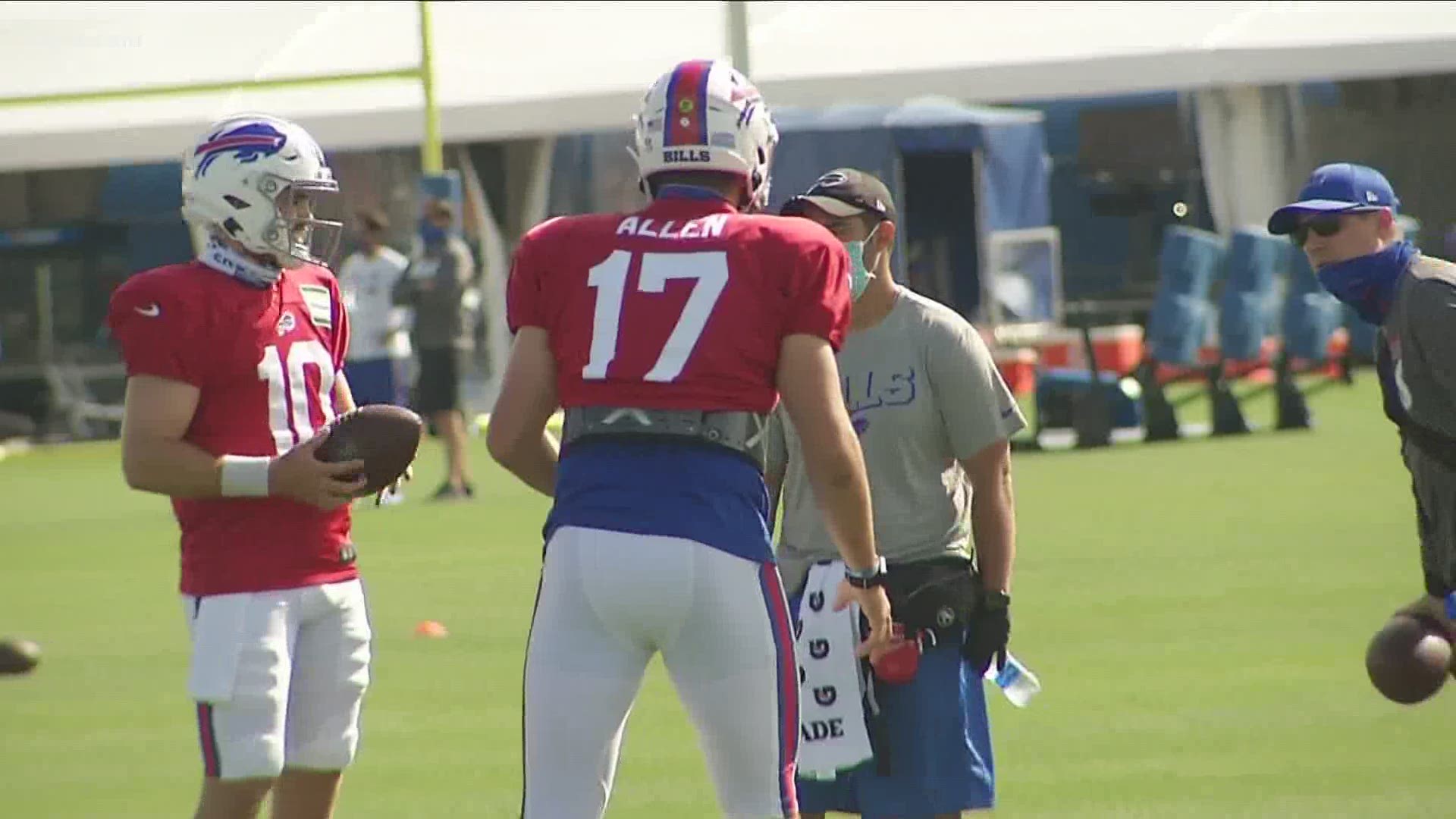 ORCHARD PARK, N.Y. — As Bills training camp wraps up, quarterback Josh Allen has emerged as a player that has elevated his game during the off season.

Entering into his third season, Allen has commanded more of a leadership role and that's clear among his peers.

Harrison Phillips, defensive end, gloated about how Allen takes command in the huddles, the smart decisions he makes and how he sees the plays.

“Just the way he can get himself out of trouble if he needs to has improved. He was a phenomenal football player last year. Very underrated among the league, in my opinion, but he's a better player this year.”

With the New York Jets coming to town in a little over a week, Allen said he feels like he's in a good spot mechanically.

“My familiarity with my throwing motion right now has become really good,” said Allen. “I feel like I know what happens when I miss or when the ball comes out of my hand funky. Obviously, there's still a lot to work on and it's going to be a weekly thing. Nobody is ever going to be perfect but to reach perfection is what you have to think about.”

#Bills Josh Allen said he feels more in control of the offense this year. Added he at least has more answers to problems they are faced with. Also said he sees things more.

While attempting to reach that perfection, of course the outside noise will be loud but Allen said no one is a bigger critic of himself than him. Allen added he knows with the restricted off season preparation that a lot fine tuning will happen during the Jets.

“Very few times will I ever be satisfied with how I perform,” said Allen. “The game plan with the Jets just making sure we're on top of our P’s and Q’s. We to have to understand what they are going to try and throw out at us. Without preseason and an early look at them it's going to be tough and a lot of in game adjustments, but I think they are thinking the same thing."

Allen also credited reading Kobe Bryant’s “The Mamba Mentality” book as a motivation toward this season.