Josh Allen critiquing old film in preparation for the Patriots

New England has won its last seven games against Buffalo, but Bills quarterback Josh Allen is trying to silence all of the outside noise. 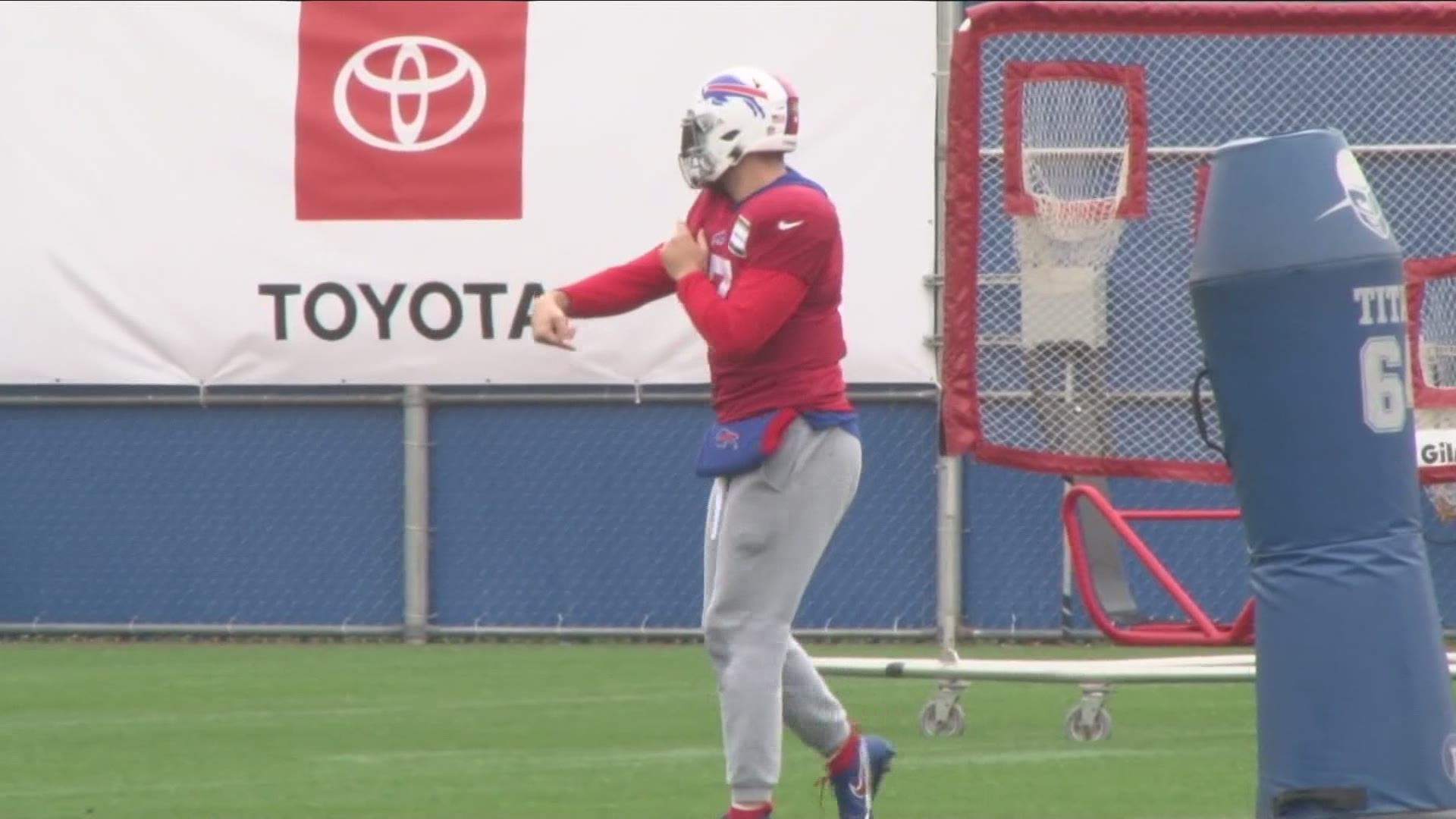 The Patriots are looking to end a three-game losing streak while the Bills will try make it two in a row and maintain their top status in the AFC East.

New England has won its last seven games against Buffalo, but quarterback Josh Allen is silencing all of the outside noise because, he says, this is just another game.

“It’s the most important game because it’s the next one, and that’s the mindset we have,” Allen said. “We’re not trying to make it a bigger deal or smaller deal than what it needs to be.

"Our goal to win every game that we play. We aren’t going out there to lose, so like I said, we are focusing on this week. Trying to have a really good week of practice, and put in a really good game plan, and go out there and try and execute it on Sunday.”

The last time the Patriots came to town, the Bills lost by a score, and Josh Allen threw three interceptions.

Allen called that a turning point for him, and this week he’s had to relive that by going over old film and figuring out how to make sure those same mistakes don’t happen this week.

“Looking back at last year’s tape, it’s not fun just knowing some of the mistakes that I made, but I do get to see what they (New England) were trying to do to me, how they played me game one compared to game two,” Allen said. “I don’t know if they will play me the same way. If they do, we’ve seen it before if they don’t, we will adjust and play football.

"That’s what it is about. Whatever team comes out has a better game plan and can adjust on the fly ultimately comes away the win. We have to be prepared for anything on Sunday.”

If the Bills pull off a win against New England at Bills Stadium, Buffalo will take a commanding lead in the AFC East division. This would  be the first time the Bills have beat the Pats at home since 2011.

Jerry Hughes has been named AFC Defensive Player of the Week.

Hughes earned the honor after becoming the first player in team history with two sacks, a forced fumble & interception in one game. pic.twitter.com/NgxsnWUX0F