Here's what fans can expect at Bills Stadium on Saturday

Mask wearing will be strictly enforced when fans are let into Bills Stadium on Saturday. 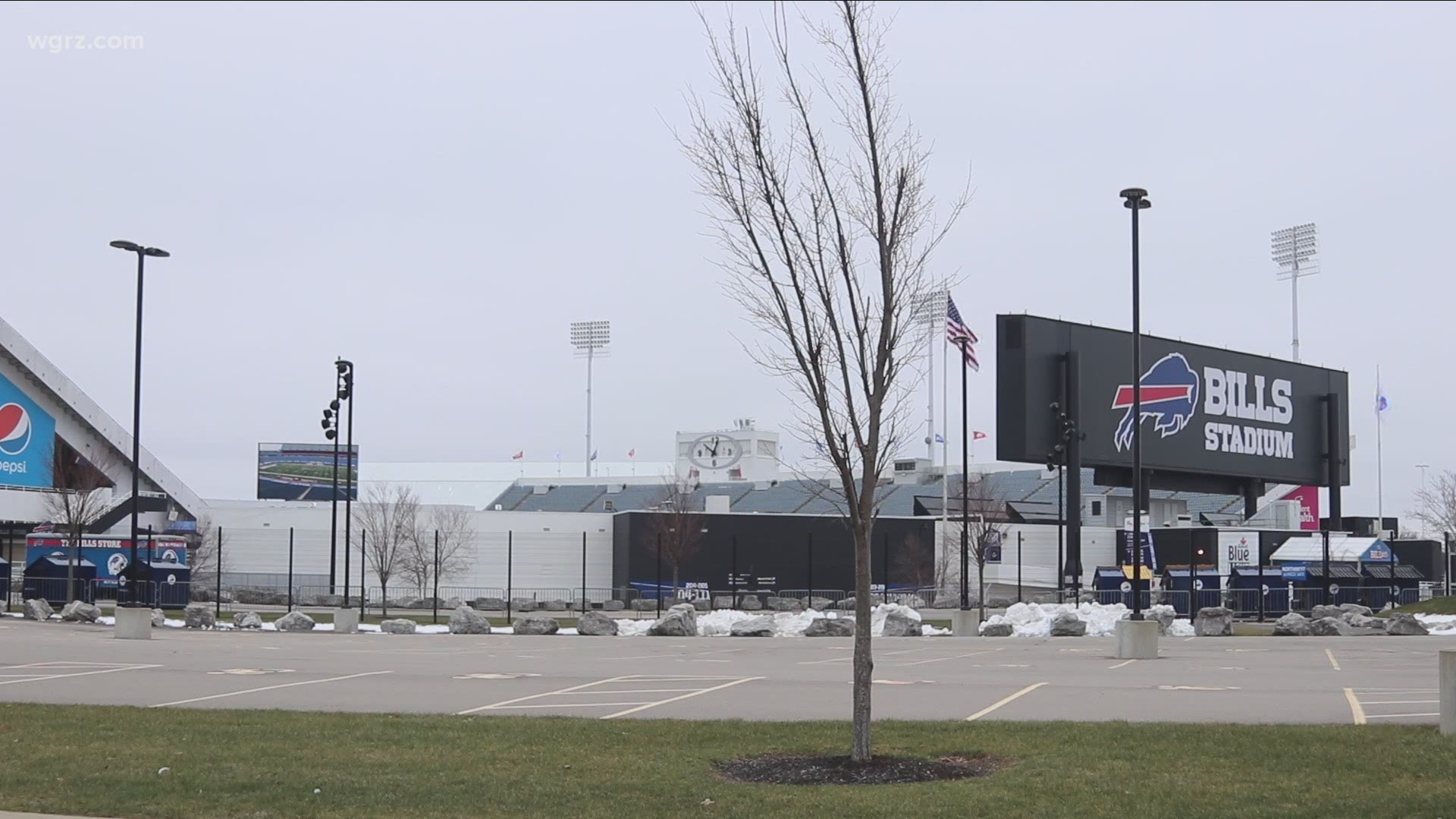 ORCHARD PARK, N.Y. — The clock is ticking down to kickoff at Bills Stadium for the first home playoff game for the team in decades.

With the band tuning up, and Billy Buffalo brushing up on his parking procedures, final preparations are underway at Bills Stadium.

"Everything is set up, it’s very organized, it’s spread out," said Andy Major, VP of Operations and Guest Experience for the Buffalo Bills.

Abbott Road will shut down at 9:30 a.m. Saturday morning, and parking lots for those will game tickets will open at 10:30 a.m. One game day tradition, however, won't be happening.

"There’s no tailgating," Major said. "Fans should just go right to the gate at their assigned time."

If you have a ticket to the game, the information as to which gate and at what time you can enter should be clearly identified. Ticket holders will have a 10-minute window to enter the stadium. The various gates are set up for social distancing so clustering doesn’t become a problem.

"They’re going to need to bring that verification with them about their negative tests, either on their phone or through a printed PDF,"  Major said.

Fans that arrive early will be allowed into the stadium between 11 and 11:30 a.m., but there won't be the normal festivities now popular on game day.

"What we have seen across the NFL, not too many fans are doing that, because it is so early before kickoff," Major said "Unfortunately, with the fan experience, and with the pandemic, we don’t have the boulevard open, we don’t have all kinds of. concessions

One of the things Major said during a media call Friday morning was that your mask will be your best friend once you’re inside the stadium.

"It’s going to be of the utmost importance for our fans to wear their masks at all times and be compliant," Major said. "As we know, wearing the mask is the safest way for us to stop the spread, and to protect each other.

Major says the mask mandate will be strictly enforced but didn’t elaborate about what ramifications would come down upon fans if they didn’t have their mask on.

"We know it’s a little different, it’s strict, but this is what got us to this point to have fans," Major said. 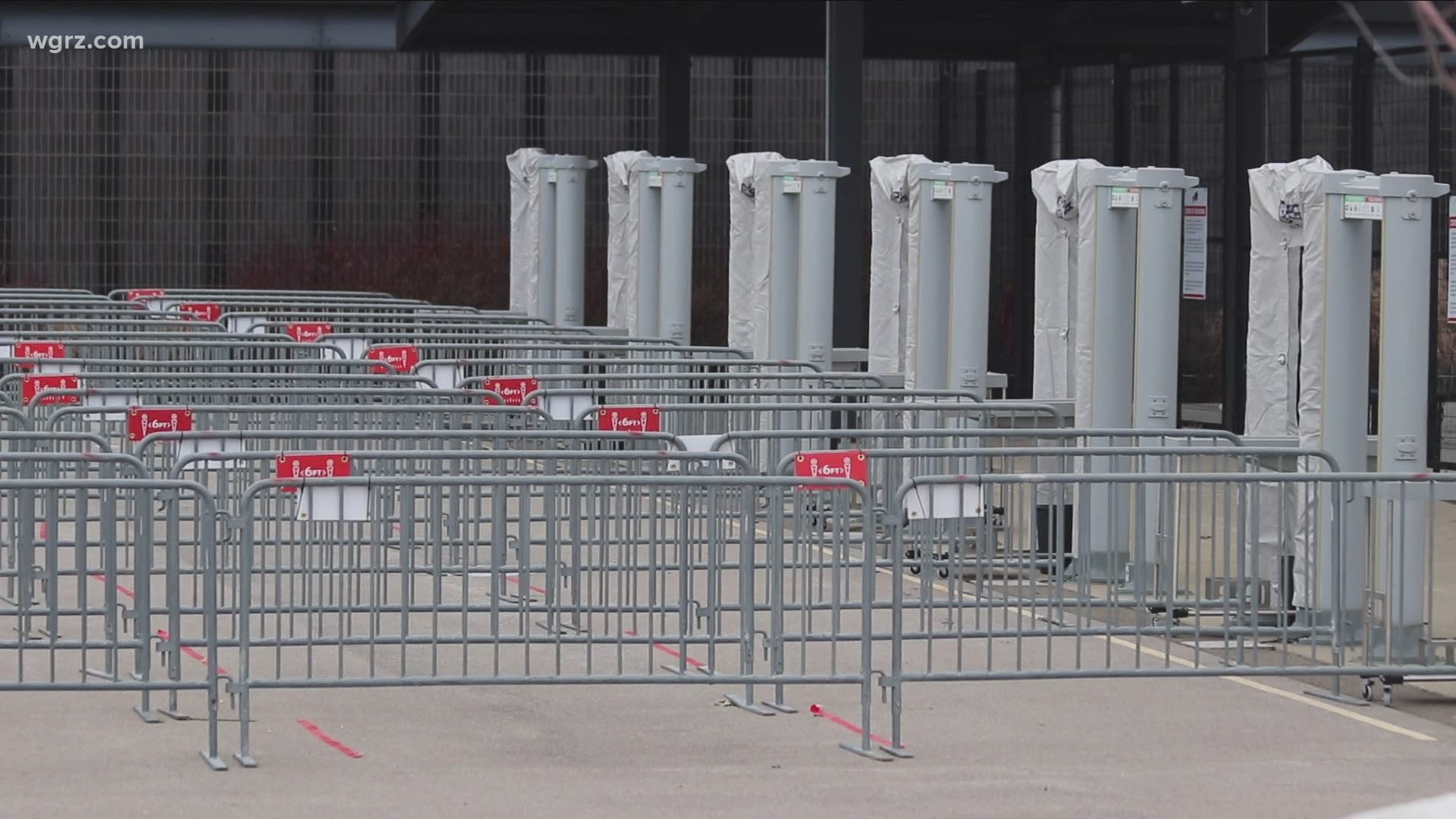 There is a time, though, when you don’t have to wear your mask during the game.

"The only time you don’t have to wear your mask is when you’re taking a bite of food or a sip of your drink," Major said. "Even when you’re true chewing and swallowing, we expect fans to be wearing masks."

There will still be concessions throughout the stadium, but the menu will be the same, so there’s no need to wander about looking for your preferred hot dog vendor.

Once the game is over, Bills officials have a plan to quickly move fans out of the stadium safely.

"We’re going to try to manage that kind of like you do a church we’ll have our staff in the aisles, helping fans leave kind of periodically social distant manner," Major said. "We’re going to open up all of the exit gates, not just the ones that fans walked into, but the ones that were not open when they did come in.

While the rules before and during the game are strict to ensure the safety of fans, Major commended the fans who have made all the organizing of this game easy for the Bills staff.

"Our fans are the best," Major said. "They did a great job making it easy for themselves and for us."