The Bills' rookies are adapting to the NFL through minicamp this weekend. 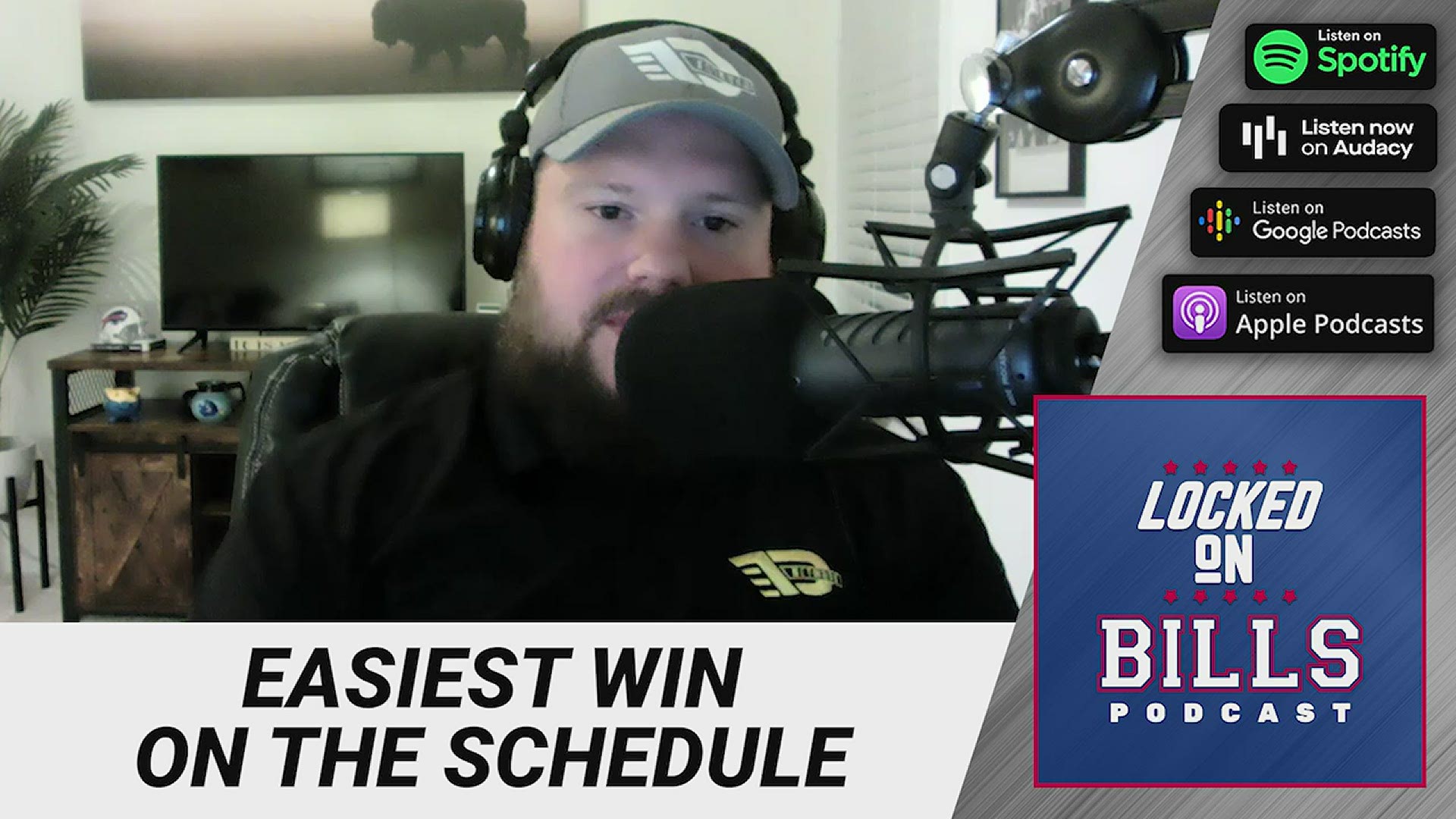 ORCHARD PARK, N.Y. — Rookie minicamp is underway, and the Bills have officially signed five of their draft picks.

So now that that’s out of the way, it’s time to focus on getting a first look at the 2021 draft class.

As camp ramps up, many are wondering how rusty the first-round pick out Miami, Greg Rousseau, is after not having college ball last year. As the questions loom, before Rousseau hits the field, he’s more focused on learning the Bills playbook and bonding with his fellow teammates, such as second-round pick Boogie Basham.

“He’s a really cool dude,” Rousseau said. “We've been learning from each other, and I'm ready to get in there and learn from him. I’m sure we're going to keep building our relationship, as we will with other players. It’s pretty exciting to have somebody in the same position also coming in with you, same rookie class.”

#Bills Boogie Basham says him and Greg Rousseau have been building a relationship and going over the playbook together.

“I’ve already started to develop a relationship with Greg," Basham added. "Two of the same guys coming in at the same time can be a big help for us. We talk just about very day, just seeing what we see on film. Hopefully when the season starts, we’ll be even closer, especially playing the same position.”

But when it comes to the playbook, both pass rushers have said that it’s been a little challenging adapting.

“It’s definitely different from a college playbook,” Rousseau said. “College playbooks are a lot smaller, a lot less complex, but it’s just the process of just learning something here, something there, not trying not trying to cram new information at once. So just taking it slow, day by day, that’s how you really master the playbook.”

#Bills Boogie Basham said at first glance the #Bills NFL playbook was confusing but now he's starting to get the hang of it. He added him and Rousseau have been going over it daily and putting it into their own words.

“Me and Greg have been talking a lot and trying to get the playbook down," Basham added. "At first glance, the playbook is kind of confusing; everything is all over. We (Rousseau) both sat down, broke it all down, and have been putting it in our own words.”

Rousseau went on to say that over these next couple days, he hopes to soak everything in and grow as player on and off the field.

#Bills Greg Rousseau said he's just going to try and take in everything he can during rookie mini camp and be respectful. Wants to be the be the best person he can be on and off the field.

Basham echoed the same message but says he doesn’t want to just learn his position, but multiple positions, to be helpful to the team.

Friday will be the first time the media will get a glance at the newest 2021 draft class. As of now, Greg Rousseau has not signed his rookie contract.