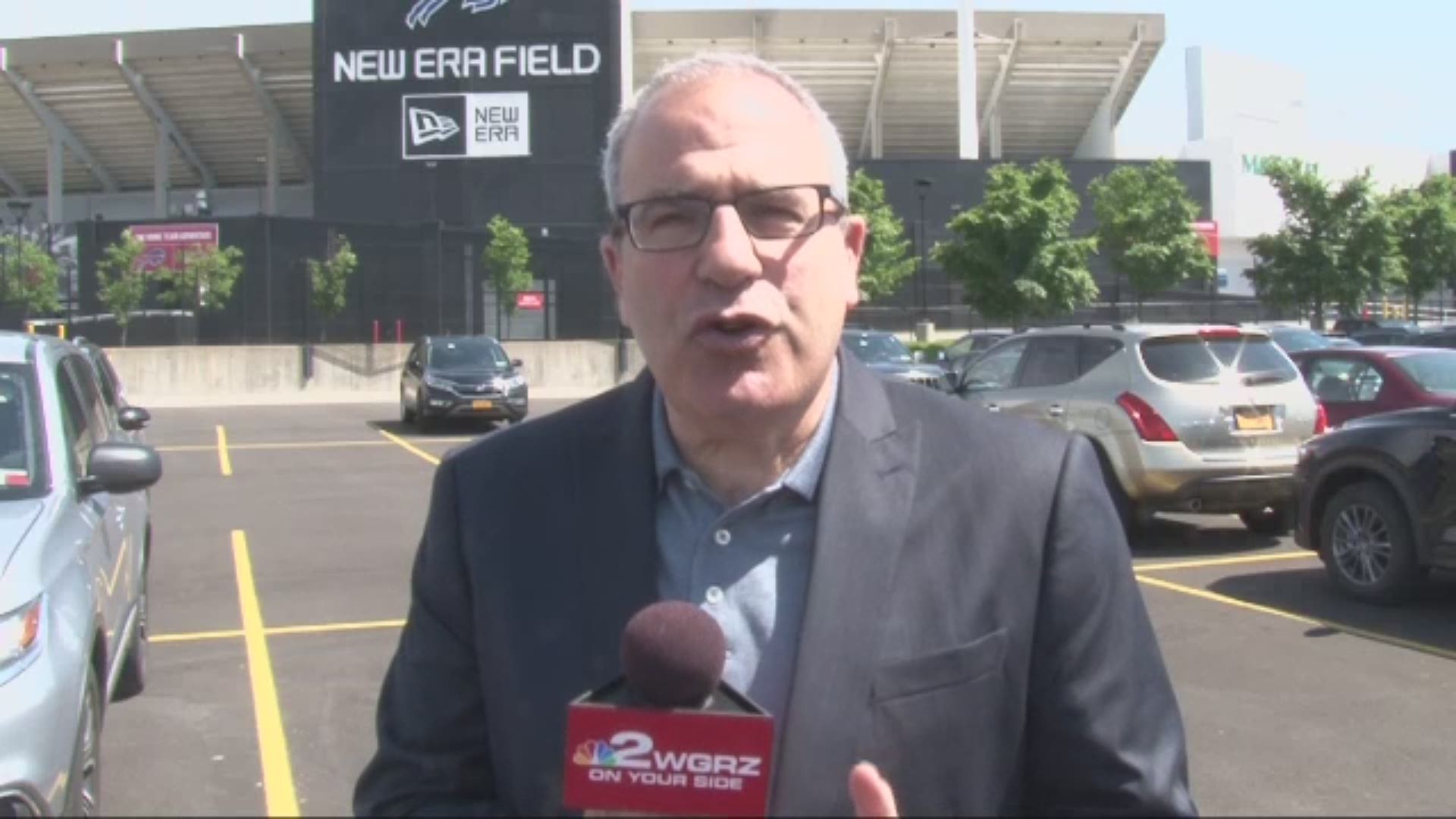 ORCHARD PARK, N.Y. — One of the Bills most interesting moves in the off season was signing veteran running back Frank Gore.

He signed a one year, $2 million contract with the Bills in March.

The 36-year-old played with Miami in 2018. He said one of the reasons he came to the Bills is because "their front seven is one of the toughest I've played against."

He was also impressed with second-year quarterback Josh Allen. "Their front seven was real tough. Knowing Shady (LeSean McCoy) and seeing their young quarterback When I got in the building and seeing how much the young quarterback loves the game of football, and I think if everybody just follows and just work every day I think we could be fun."

Gore began his career with San Francisco and played with the 49ers from 200 through 2014. He spent the next three years with the Indianapolis Colts and spent last season with the Miami Dolphins.