Going into camp, Bills edge rushers have questions to answer

Jerry Hughes returns to lead the group for his seventh season in Buffalo, but there are some things to shake out before facing the Jets in Week 1. 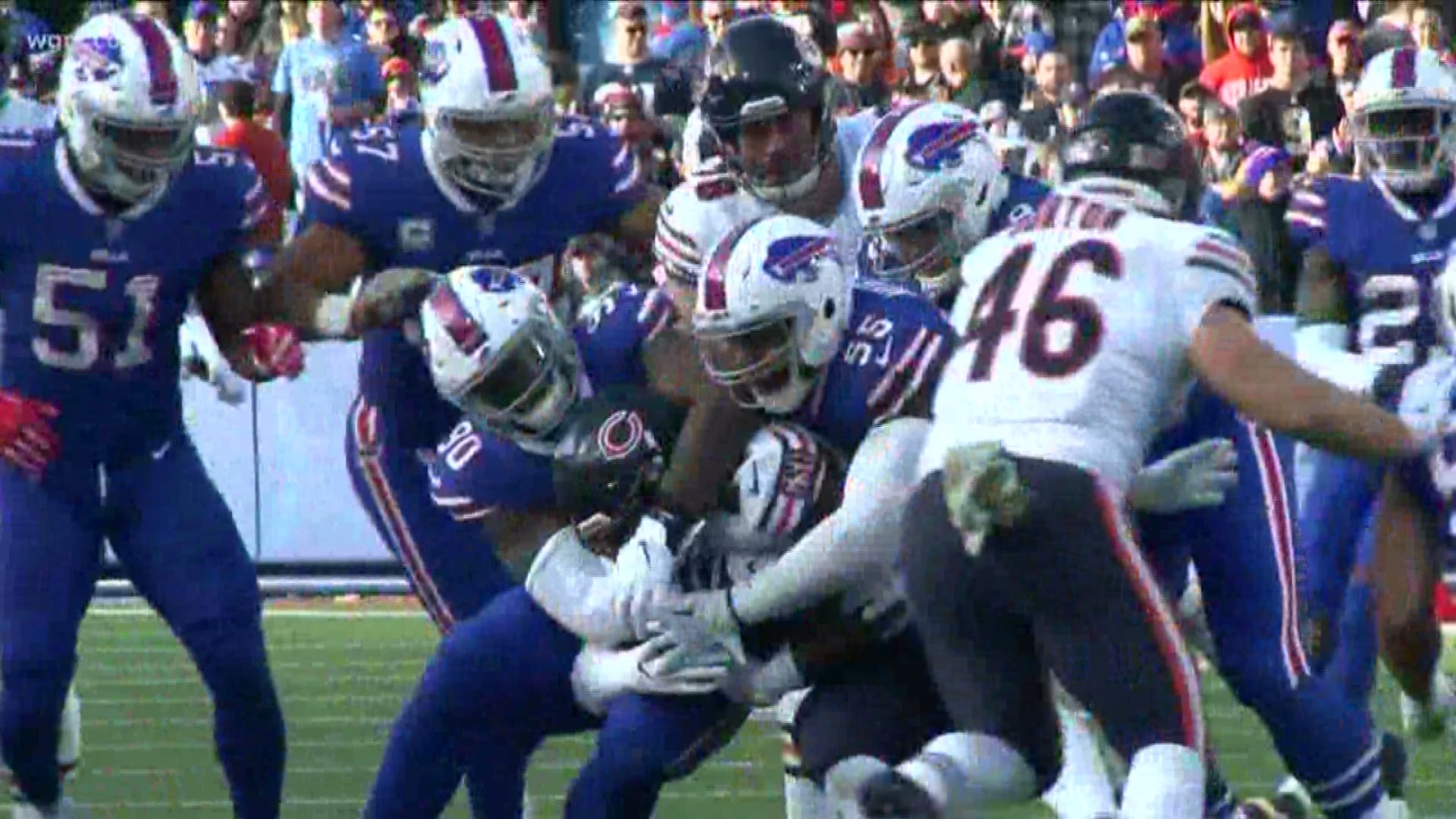 BUFFALO, N.Y. — The Bills defensive ends in 2019 will be unsurprisingly led by Jerry Hughes, entering his seventh season in Buffalo.

Hughes has put up 42 sacks over 96 games with the team, including seven last year to go with 18 additional quarterback hits. He’ll turn 31 during camp this year but is coming off his most productive season since 2014 and has been remarkably durable.

Across from him, Trent Murphy is the presumed starter and looking to bounce back. Murphy pushed through a difficult season in 2018 that saw him post just four sacks and nine quarterback hits as opposed to nine sacks and 25 hits his last healthy season in Washington. The same knee caused him to miss three games last year.

“It was a tough year, to be honest," Murphy said. "It was probably my hardest year of football. Yeah, just injuries and being aggravated and wanting to be out there and help the team and do my job and flash on tape and show everybody what you can do.

"So it’s frustrating when you get hurt, but that’s part of the game and you have to keep your head down and keep grinding.”

Playing almost the identical amount of snaps as Murphy last season, Shaq Lawson returns for the final year of his rookie contract after having his fifth year option declined.

He’s recorded four sacks each of the last two years but seemed to finally settle in at the pro level for the first time towards the end of the season. Lawson is also one of only five players on the roster acquired before the hiring of Sean McDermott.

Eddie Yarbrough is the only other returnee who played a significant amount in 2018, but his snap count dropped precipitously after the promotion of Mike Love during the final three games. The other additions are seventh round pick Darryl Johnson and free agent Eli Harold.

The threat of newly drafted defensive tackle Ed Oliver inside should ideally help draw some of the attention away from the edges, particularly in Hughes' case, but beyond him this is a position that has some questions to answer.