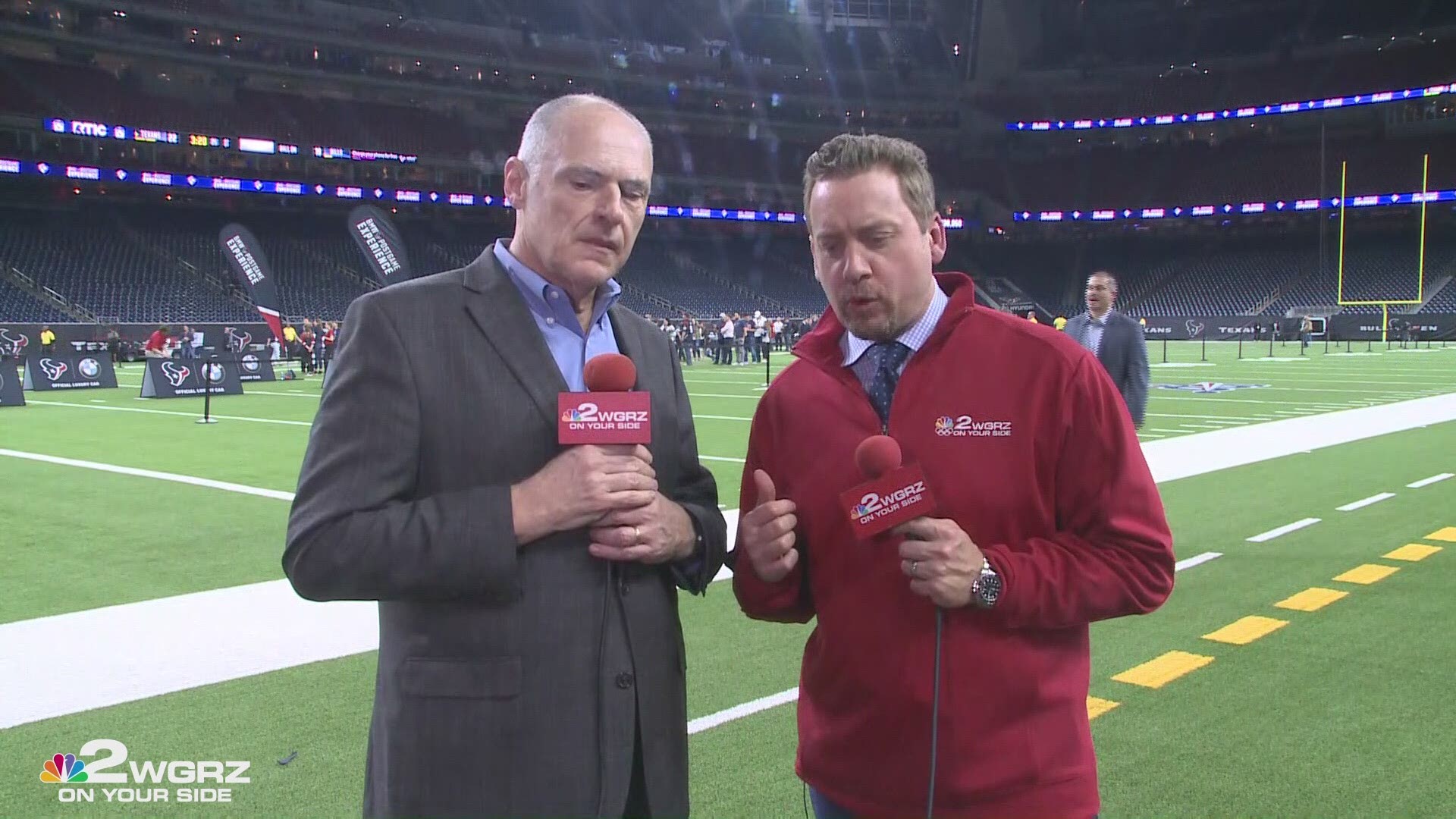 BUFFALO, N.Y. — The end of the regular season didn't just mean the Buffalo Bills finding out who they would play in a wild card game next weekend.

It also meant learning who they would play during a 16-game regular season in 2020.

The Bills' eight home games will feature the:

When Buffalo hits the road, it will be to play the:

The NFL schedule rotations means the Bills will play all the teams from the AFC West and NFC West divisions.

The NFL won't release full schedules until some time in the spring.

When the 2019 schedule was released in April, the Bills have 14 games that were scheduled to start at 1 p.m. on Sunday. The two exceptions were the Thanksgiving day game in Dallas against the Cowboys and a December date with the New England Patriots.

With the Bills making their second playoff appearance in three seasons, they could be in line for more prime-time games.

RELATED: Houston, we have a playoff date: Bills draw Texans in wild card