The Bills were looking for their third win in a row against the Dolphins, but penalties and a last-minute incompletion to Charles Clay plagued the game. 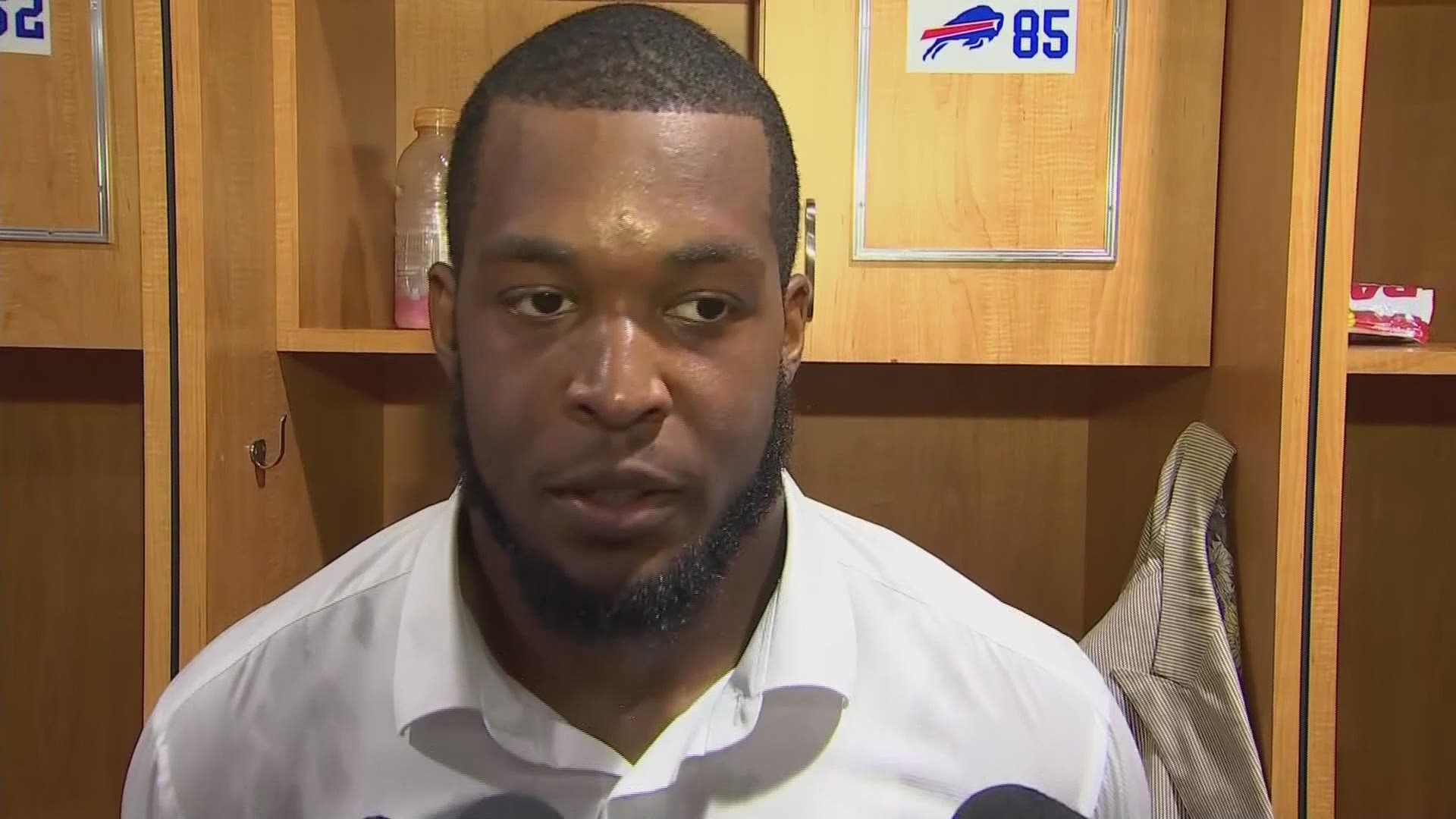 Four out of the last five games to close out the season for the Bills are AFC East matchups starting with the Dolphins in week 13.

Josh Allen makes his second straight start after returning from that elbow injury that caused him to miss four games. Allen is looking to build off of a solid game against Jacksonville last week.

Speaking of quarterbacks, Ryan Tannehill made his return last week after missing five games with a shoulder injury.

The Bills are looking for their third win in a row while Miami has lost four out of the last five.

The Dolphins march down the field on their opening drive and go 75 yards on 10 plays capped off by an 18-yard touchdown pass from Ryan Tannehill to DeVante Parker.

The Bills lost starting center Russell Bodine who left for the locker room with a leg injury and is now questionable to return.

Trent Murphy came up with a huge sack on Tannehill that looked very close to a safety but forward progress ruled him out of the end zone. Sean McDermott challenged the call which I think would have been tough to overturn and the call stood. Still, big play from Murphy.

The Bills offense wasn't able to get anything going in the first quarter. Josh Allen went 1-5 for -6 yards passing. He also rushed for 11 yards on 2 carries. LeSean McCoy rushed for 14 yards on 4 carries.

Bills starting center Russell Bodine was officially ruled out for the rest of the game. Ryan Groy remains in at center.

Josh Allen runs for a touchdown but it's wiped out by a Wyatt Teller holding call. Too many times this season big plays have been negated by penalties. But Allen responds with a beautiful touchdown pass to Zay Jones in the back of the end zone. Allen threw it across his body, a bullet of a throw for the TD. Stephen Hauschka missed a rare extra point and Miami leads it 7-6. That's the first extra point he's missed as a member of the Bills.

On the Dolphins' next drive, Lorenzo Alexander sacked Tannehill on third down for yet another example of how this could very well be Alexander's best season ever.

Bills turn the ball over as special teams continue to be an issue this season. Isaiah McKenzie signaled for a fair catch but his own blockers got in his way and hit him and knocked the ball loose. Miami recovered at their own 35.

Dolphins capitalize on the Bills turnover as Tannehill hits Kenyan Drake for the 3-yard touchdown. Dolphins lead it 14-6.

With five seconds left in the half, the Bills take a shot at the end zone rather than have Hauschka attempt a 59-yard field goal and Allen is intercepted as time expires.

On the Bills first drive of the third quarter, Josh Allen had a couple first down runs as well as a great pass to Patrick DiMarco off the play fake for a gain of 38-yards.

The drive stalls though after Allen misfires and misses a wide open Zay Jones in the end zone. Bills settle for a field goal and it's 14-9 Dolphins lead.

The turnovers continue as the third quarter comes to an end. First Josh Allen is picked off with an under thrown pass. That's all part of the Josh Allen experience right now. Then the Bills get the ball right back as Micah Hyde intercepts Ryan Tannehill.

Dolphins lead it 14-9 at the end of the third quarter.

Bills take their first lead of the game as Allen hits Zay Jones for his second touchdown of the day. What a game for Jones. He also catches the two-point conversion throw and the Bills lead it 17-14.

More penalties on the Bills extend what ended up being a Dolphins scoring drive. First Matt Milano is called for pass interference then Jordan Phillips makes a great tackle, a loss of four and is called for taunting. Yes, this was the right call. He shoved Kenyan Drake's leg as he got up to celebrate. Tannehill capitalizes and throws a touchdown pass to Kenny Stills who grabs it over the heads of Micah Hyde and Jordan Poyer in the corner of the end zone. Dolphins lead 21-17.

Josh Allen continues to dominate on the ground once again breaking his own record for the franchise's most rushing yards by a quarterback in a single game. Allen runs for the first down on 2nd and 20 but this Bills drive stalls again. Stephen Hauschka's 55-yard field attempt is no good and the Dolphins still lead it 21-17.

On 4th and 11, the Bills last hope Josh Allen scrambles and throws it to Charles Clay in the end zone who can't come up with the touchdown catch and the Dolphins win the game, 21-17.