Did the official make the wrong call by stating the wide receiver was down by contact late in the 4th quarter? 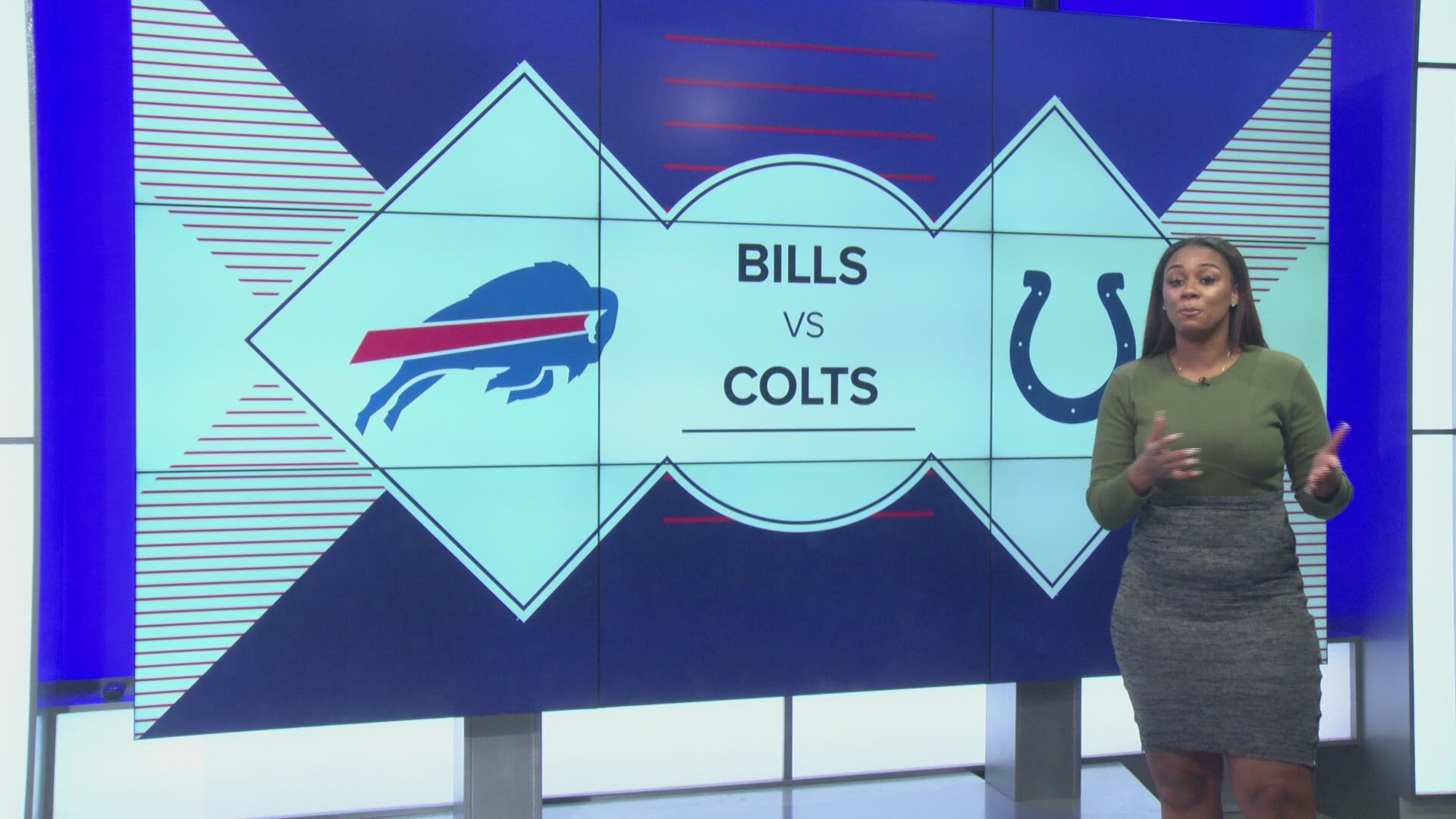 ORCHARD PARK, N.Y. — The Bills are advancing to the second round of the NFL playoffs after a 27-24 win over the Indianapolis Colts on Saturday afternoon.

The game was in jeopardy with the final play coming down to a Hail Mary.

Now Bills fans don’t need to be reminded what happened in Arizona, but for safety Micah Hyde it was simple: don't let it happen again.

His knock down is probably the biggest play of the year for Buffalo.

Before that final play, the game could have been wrapped up with a fourth-and-10 from the Colts 37 with 50 seconds left when Philip Rivers found Zach Pascal for a first down.

Pascal made the catch, got up, then tried to run. Matt Milano was able to punch the ball out, Pascal lost control, and Tre'Davious White recovered.

It's clear that Pascal wasn't touched before he got up and that the ball was out before he was tackled again.

The referees didn’t see it that way.

The NFL's officiating department stated "the ruling on the field is that the runner was down by contact, and there was no clear and obvious visual evidence to overturn the ruling, so it stands."

“I think it was a fumble personally,” Bills linebacker Matt Milano said. “I don’t know what the media is thinking outside of it. It looked like he was clearly off the ground and (Jordan) Poyer hadn’t touched him yet. So, I don’t know, it is what it is.”

Unless you're a Colts fan, you didn't agree with that call.

“To me it looked like a fumble,” Bills linebacker Tremaine Edmunds said. “You know I thought the guy got up and (Jordan) Poyer did a good job of getting the ball out. I still can’t believe they said it wasn’t a fumble. The game could have been won right there.

"But we still had to find a way to get the job done even though it didn’t go our way. Everybody was still ready to roll and happy it turned out our way.”