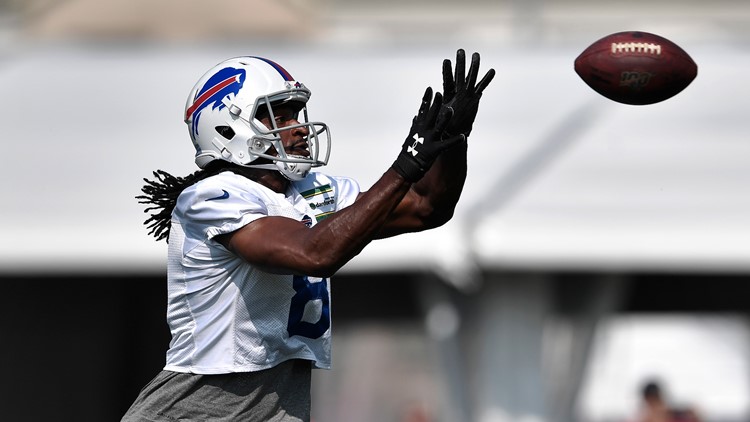 BUFFALO, N.Y. — The Buffalo Bills receiver and kickoff returner Andre Roberts has been ruled out for the season opener at the New York Jets because of a quadriceps injury.

Roberts was hurt in practice this week and ruled out on Friday. The game Sunday was supposed to be a homecoming for Roberts after he signed with Buffalo in March shortly after getting cut by the Jets.

Roberts is a 10-year veteran and coming off a season when he earned All-Pro honors for leading the NFL in kickoff return yards.

Tight end Tyler Kroft is listed as doubtful after missing the entire offseason with a broken right foot. Kroft was cleared for practicing last weekend.

Trumaine Johnson might be the most important New York Jets player not named Sam Darnold, Le'Veon Bell or Jamal Adams. The veteran cornerback is being counted on to anchor a suspect secondary _ and to bounce back from what was a subpar season. A hamstring injury kept him out for all but three snaps this preseason, but he's preparing to start in the season opener against Buffalo.

The Buffalo Bills defense isn't content on resting on last season's production with 10 starters returning to open this season. Safety Micah Hyde and his teammates are aiming to be better a year after allowing the second fewest yards in the NFL. The first test comes this weekend, when Buffalo opens at the New York Jets.