The 34-year-old veteran receiver flew from Denver on Friday morning to sign his one-year contract. 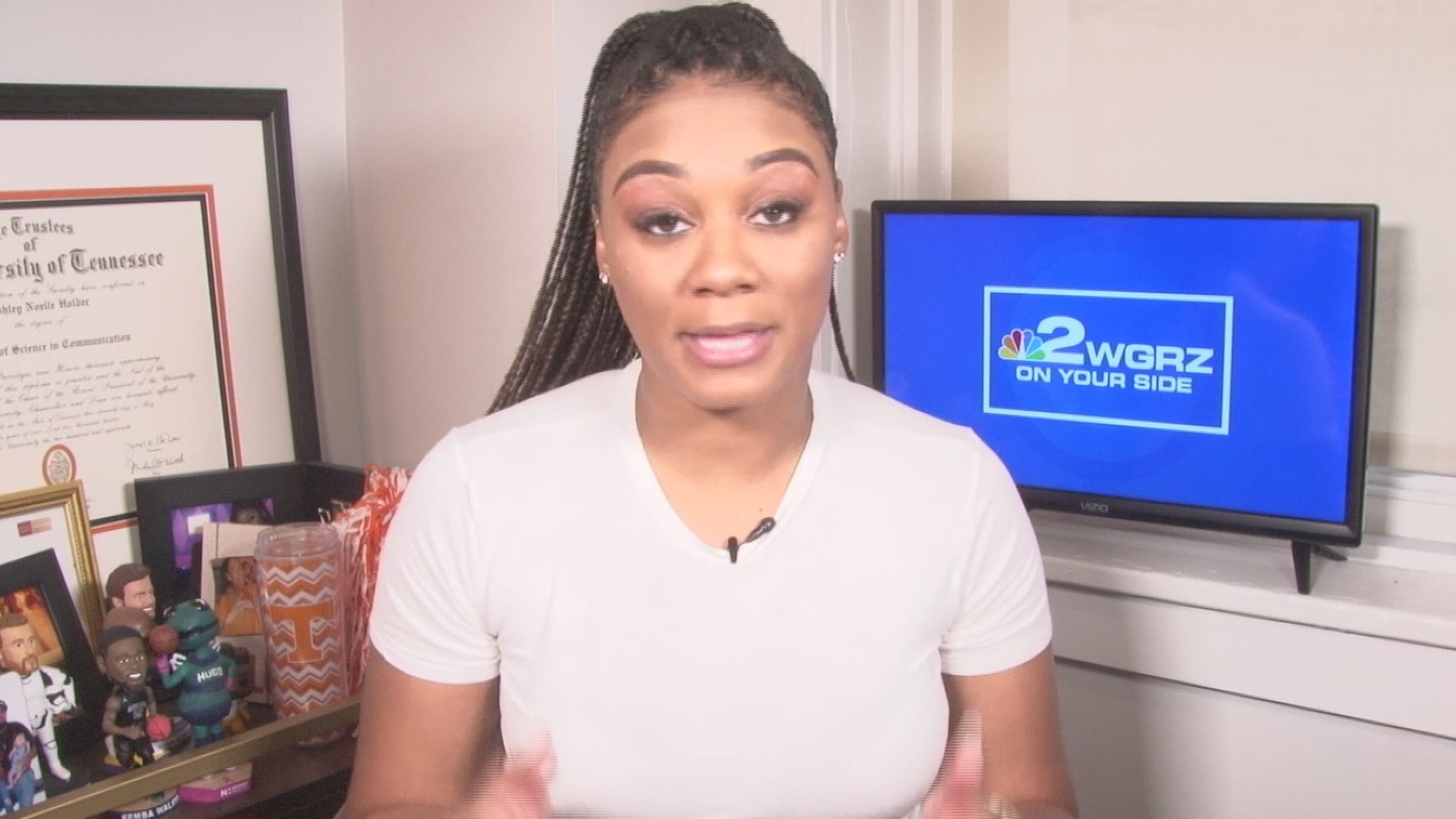 BUFFALO, N.Y. — In 2014, Emmanuel Sanders will tell you that the Bills were not on his radar at all.

The 34-year-old was more interested in playing with Peyton Manning, but years later Bills general manager Brandon Beane, after multiple attempts, never gave up on getting Sanders to Buffalo.

Now in 2021, Sanders has arrived in Buffalo on a one-year deal, and now he's another huge weapon for Josh Allen.

"Speaking with him (Allen), he was just telling me as a receiver to run the route proper but ultimately he wants a receiver that can create separation," Sanders said.

"I feel like I can do that. I think about my game and I know that I can move inside, move outside and do a variety of things. I pride myself on being a great route runner. It's going to be interesting to see how Brian Daboll wants to use me but it's going to be fun regardless."

Credit: AP
FILE - In this Friday, Dec. 25, 2020 file photo, New Orleans Saints wide receiver Emmanuel Sanders (17) carries on a reception against Minnesota Vikings outside linebacker Eric Wilson (50) in the first half of an NFL football game in New Orleans. The New Orleans Saints have informed receiver Emmanuel Sanders and linebacker Kwon Alexander they'll be released in moves that will save the club nearly $20 million against the NFL's salary cap, a person familiar with the situation said. The person spoke to The Associated Press on condition of anonymity on Wednesday, March 10, 2021 because the transactions were not yet official. (AP Photo/Butch Dill, File)

"Looking at the playbook, the routes that were running and the different concepts/options we have just based off route it will be hard for defenses to stop it."

Sanders also spoke on his relationship with Cole Beasley and how he's excited 12 years later to be playing with his college teammate from SMU.

The two made history with SMU going to the Hawaii Bowl game, and Sanders hopes to win some more here, winning a championship for the Bills.