Buffalo Common Council met on Tuesday evening to discuss the idea of bringing the Bills stadium to downtown Buffalo. 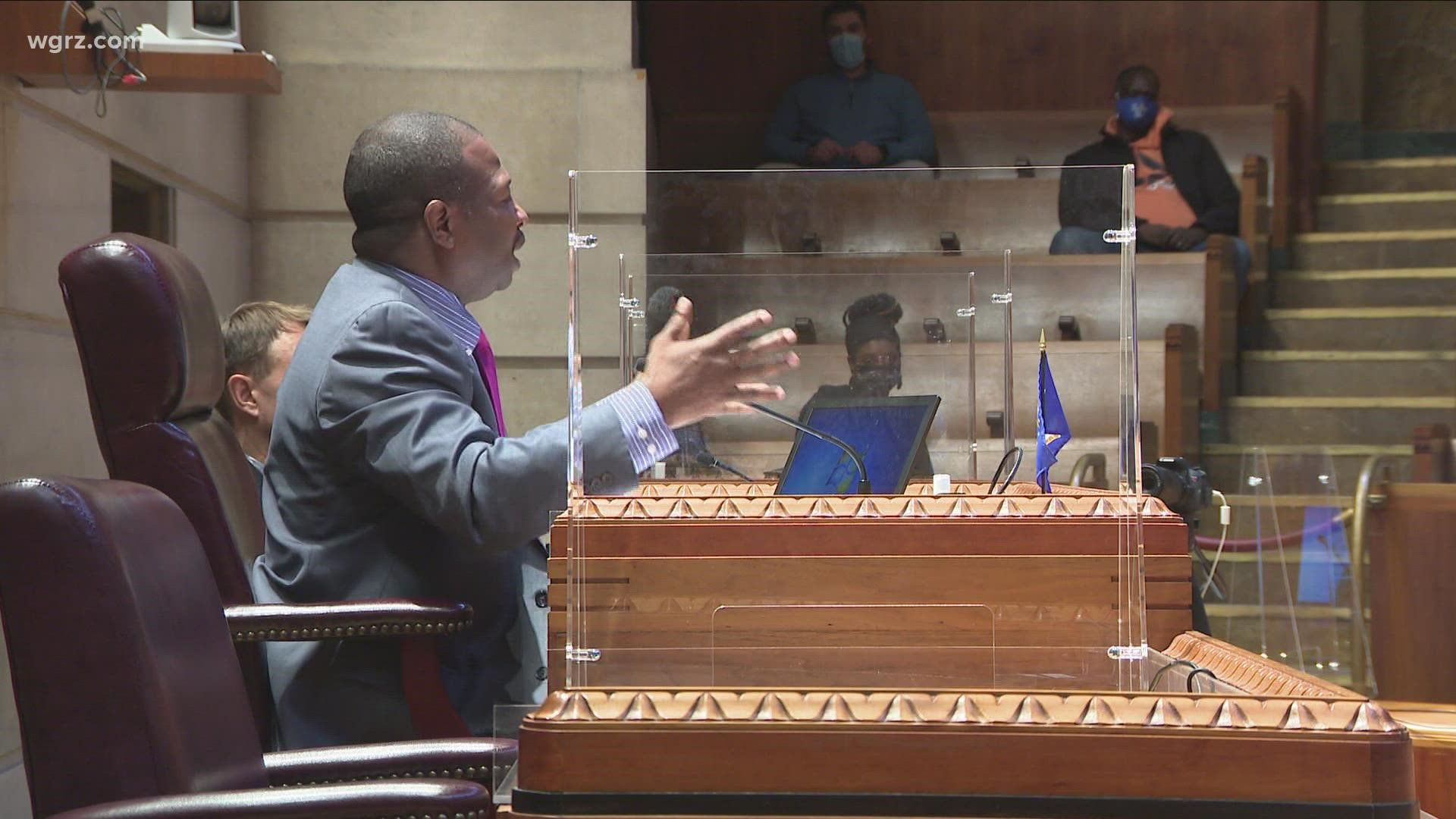 BUFFALO, N.Y. — The idea of Bills Stadium moving to Buffalo is one that a majority of Buffalo taxpayers took to the mic in support during a special common council meeting Tuesday.

A special finance committee made up of several council members ran the meeting that was intended as a fact-gathering session to help the community better understand what the idea would entail, cost, and how challenges, including displacement, would be dealt with.

Two major ideas were proposed, one by Bills in Buffalo, a group co-led by Ben Siegel, and another led by long-time local sportswriter Pat Freeman.

The 'Bills In Buffalo' are looking to build a stadium south of the 190, which isn't sitting very well with residents who live in the Old First Ward, which Councilman Mitchell Nowakowski represents.

Take a look at presentation #1…
This is a mock up of the prospective Bills Stadium..South Park location in Buffalo. @WGRZ pic.twitter.com/8FbdTYAT6y

"I was elected to represent these people to have their backs and I take that pretty seriously," Nowakowski says. "I want to express my initial frustration. I feel that my constituents have been overlooked and ignored during the coverage and following conversations of the proposal the site."

As for the other idea for a Buffalo Bills Stadium, Pat Freeman says his idea has been part of council records since 2012.

"The Outer Harbor site belongs to the city of Buffalo. There's not that much development out there. You can include the amphitheater in your development, all you have to do is connect Louisiana, Michigan, and Chicago," Freeman says.

Mr. Freeman has been working on a DT station concept since 1998…here he is tonight. @WGRZ pic.twitter.com/eNhJp6dd9a

Both ideas take into consideration the light rail, something many Buffalonians feel has been misused, by design.

"You talked about the light rail, it's only three-quarters of a mile from its ending to the Outer Harbor. All you have to do is lengthen the tracks out there and build a station and boom your light rail has just extended itself," Freeman explains.

Dozens of other taxpayers took their three minutes at the mic, many of them sharing the sentiment that now is Buffalo's moment, to re-write history the way they believe it should have been written in the first place.

The idea however of a new Bills Stadium  - whether in Orchard Park or in Buffalo - is one that will be a long time coming and a conversation that will surely continue to garner opinions left, right, and center.