Stefon Diggs on Bills' loss in Jacksonville: 'Throw it away'

The Bills were back at practice with a new attitude after losing to the worst team in the NFL. 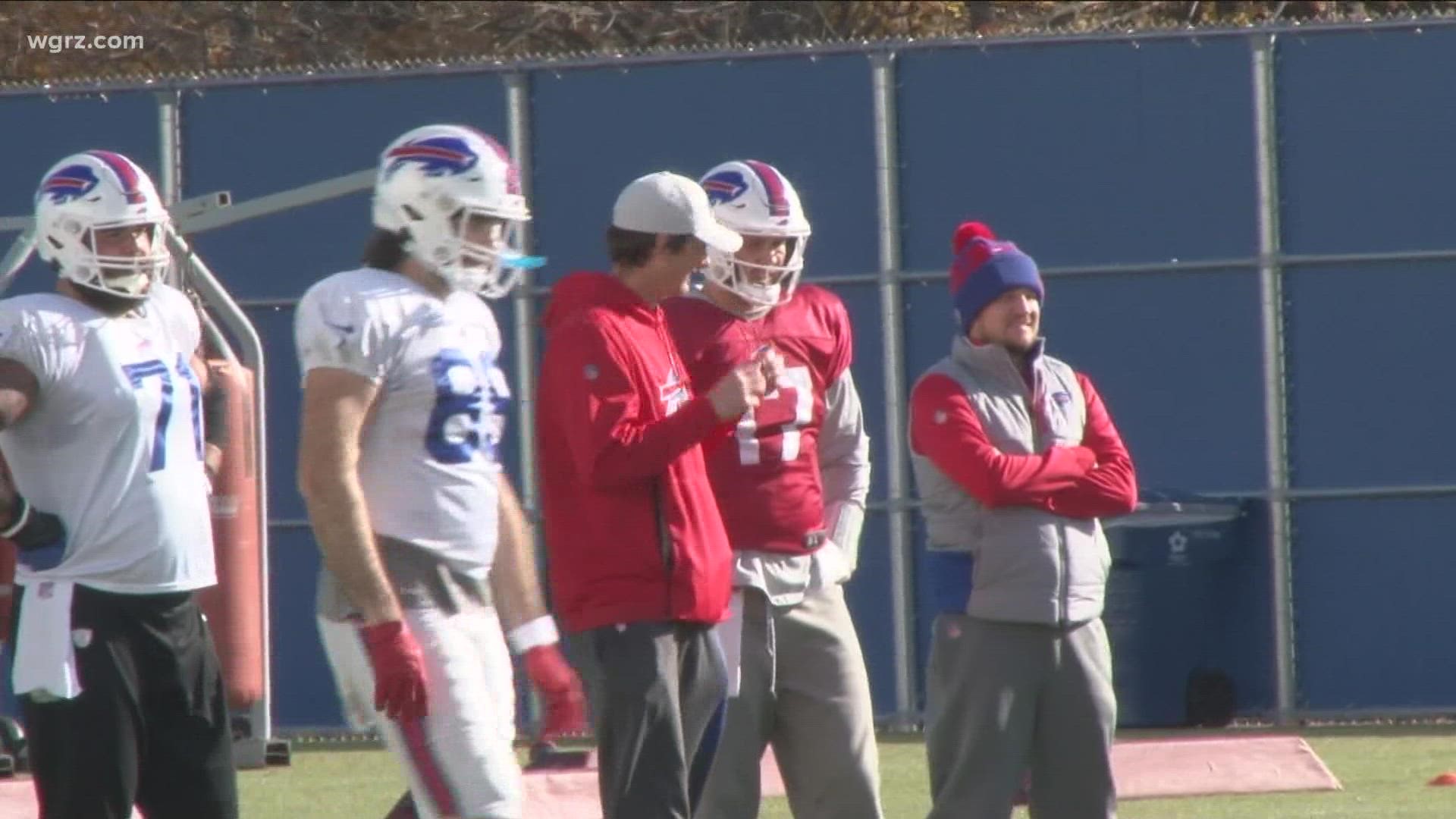 This week, when they got back to practice, the players were restarting, refocusing, and getting back to that gritty team they once used to be and they know.

Up next for the Bills is a Sunday afternoon game with the Jets.

"Throw it away," Bills wide receiver Stefon Diggs said. "It wasn't a good day for anybody and could have been better in so many areas. We did some good, we did some things we didn't do well. We're trying to get back in the lab and look forward to the next test."

"You have a loss like this. All right, let's just get back to being us, get back to the drawing board, keep grinding. I won't change how I am, or how I approach the week, because a win or loss. I won't ride that roller-coaster, I'll let everyone else do that."

Dawson Knox is back at practice but limited today (hand). @WGRZ pic.twitter.com/qh3cA1AKpi

Let's talk about the Wednesday injury report for the Bills. It was a pretty lengthy, with the more notable hit being linebacker Tremaine Edmunds out with a hamstring injury that he sustained in the Jaguars game on Sunday.

Some good news for the Bills was that Dawson Knox (hand) and Spencer Brown (back) were both limited and back to practice on Wednesday. Cole Beasley was on a vet day still dealing with that rib injury.