The team took the field Thursday for the first of ten practices scheduled for St. Josh Fisher college. 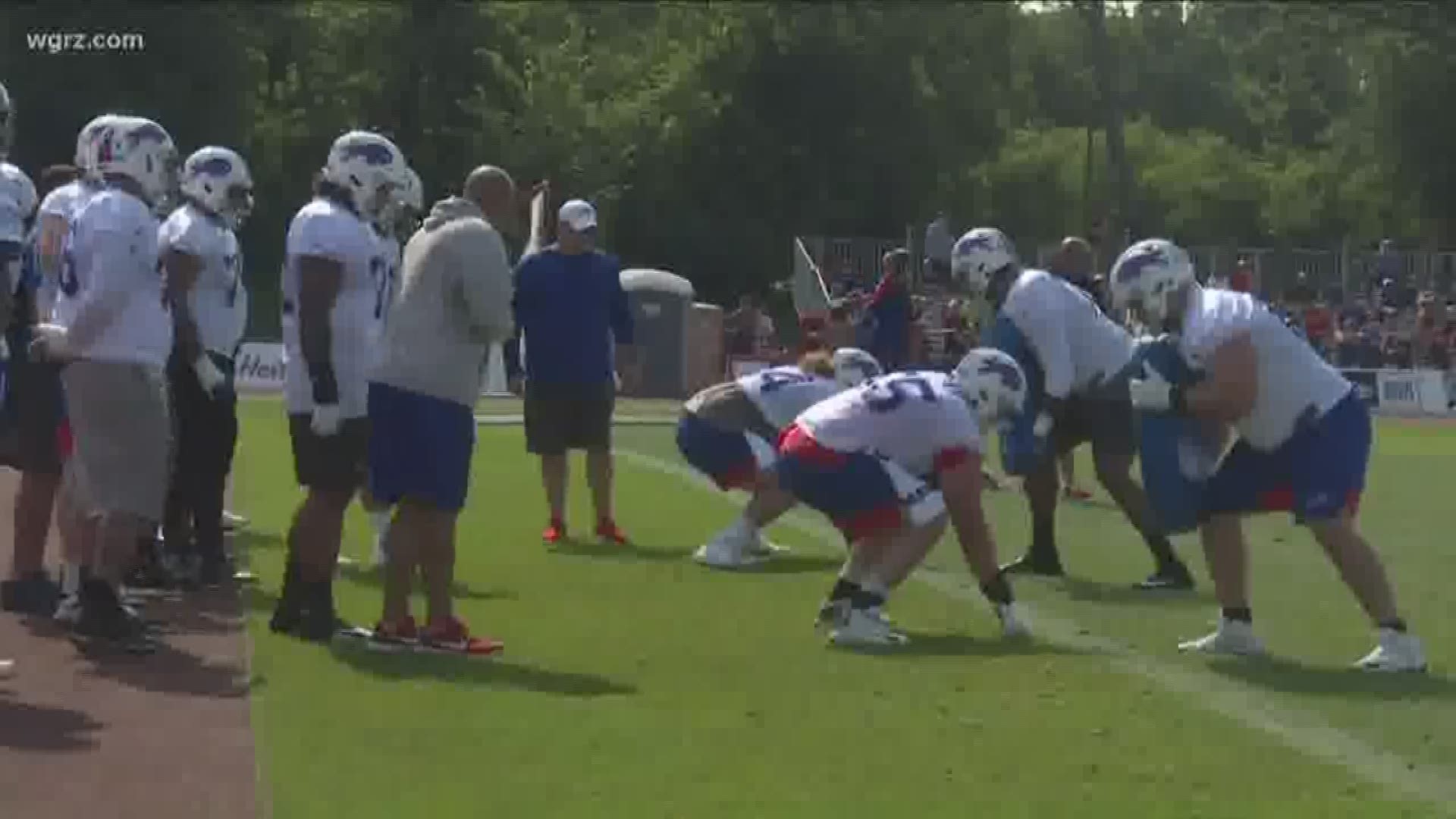 The team took the field Thursday for the first of ten practices scheduled for St. Josh Fisher college at 9:45am.

Among the points they made:

-Veteran RB Frank Gore passed his physical and is practicing after being placed in the non-football injury list earlier in the week.

-Beane would not place an expectation on number of wins for the season, but is optimistic based on “quality depth” they’ve added, addressing the quarterback position, and dealt with the salary cap.

-Beane on LeSean McCoy: “He’s the first running back to touch the ball.”

-McDermott on need for chemistry: “Sooner the better” with so many new faces on offense, particularly the offensive line balanced against distributing reps to let position battles play out.

-McDermott: “We need more edge to our defense.”

-McDermott: “Value of going away” for camp, “outweighs the cost.”

The Bills will continue to hold practice at 9:45am through Sunday at St. John Fisher before taking Monday off. 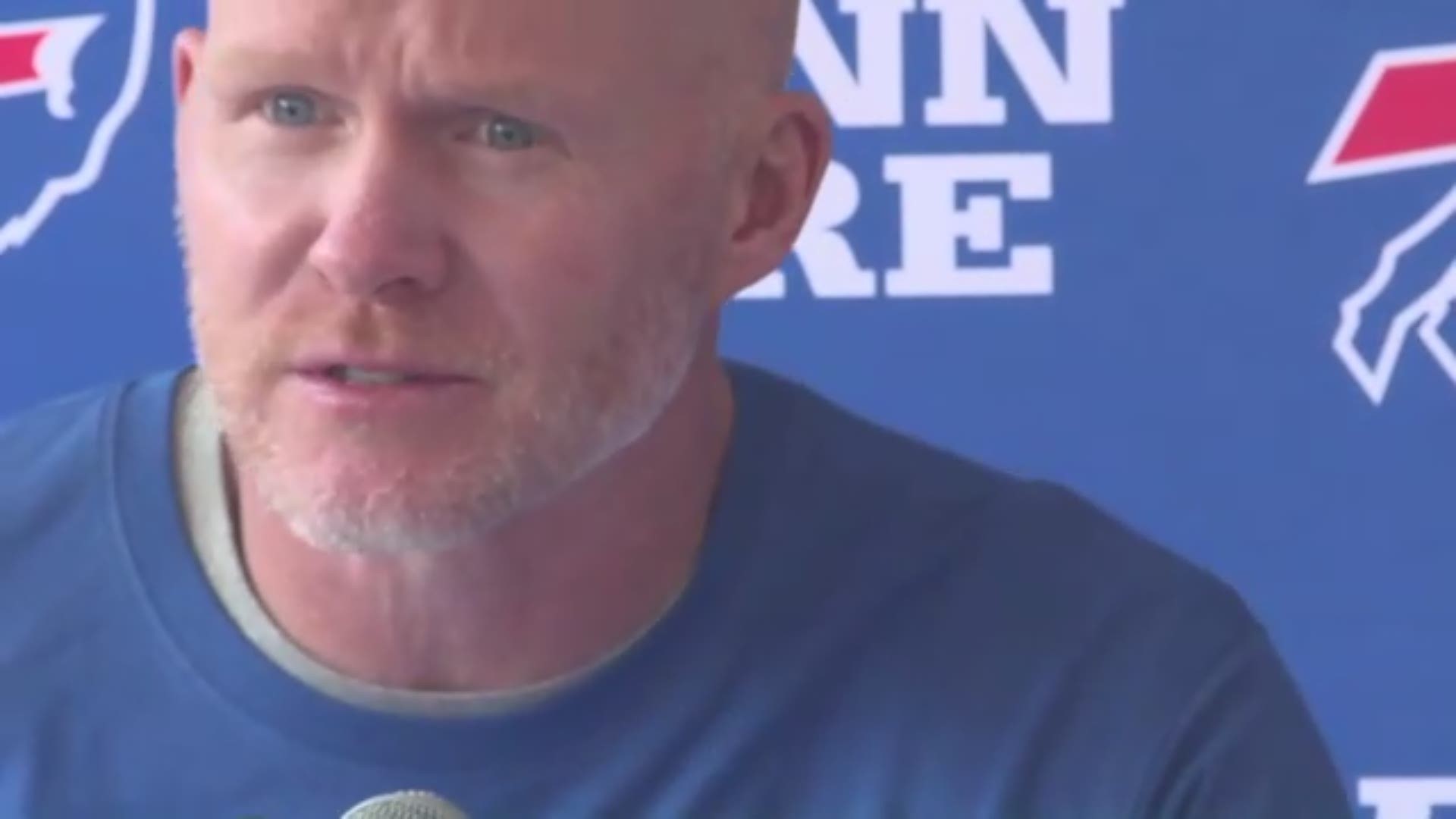