Bills' Thanksgiving Day appearance a rarity. For Cowboys, it's a regular feature of their schedule 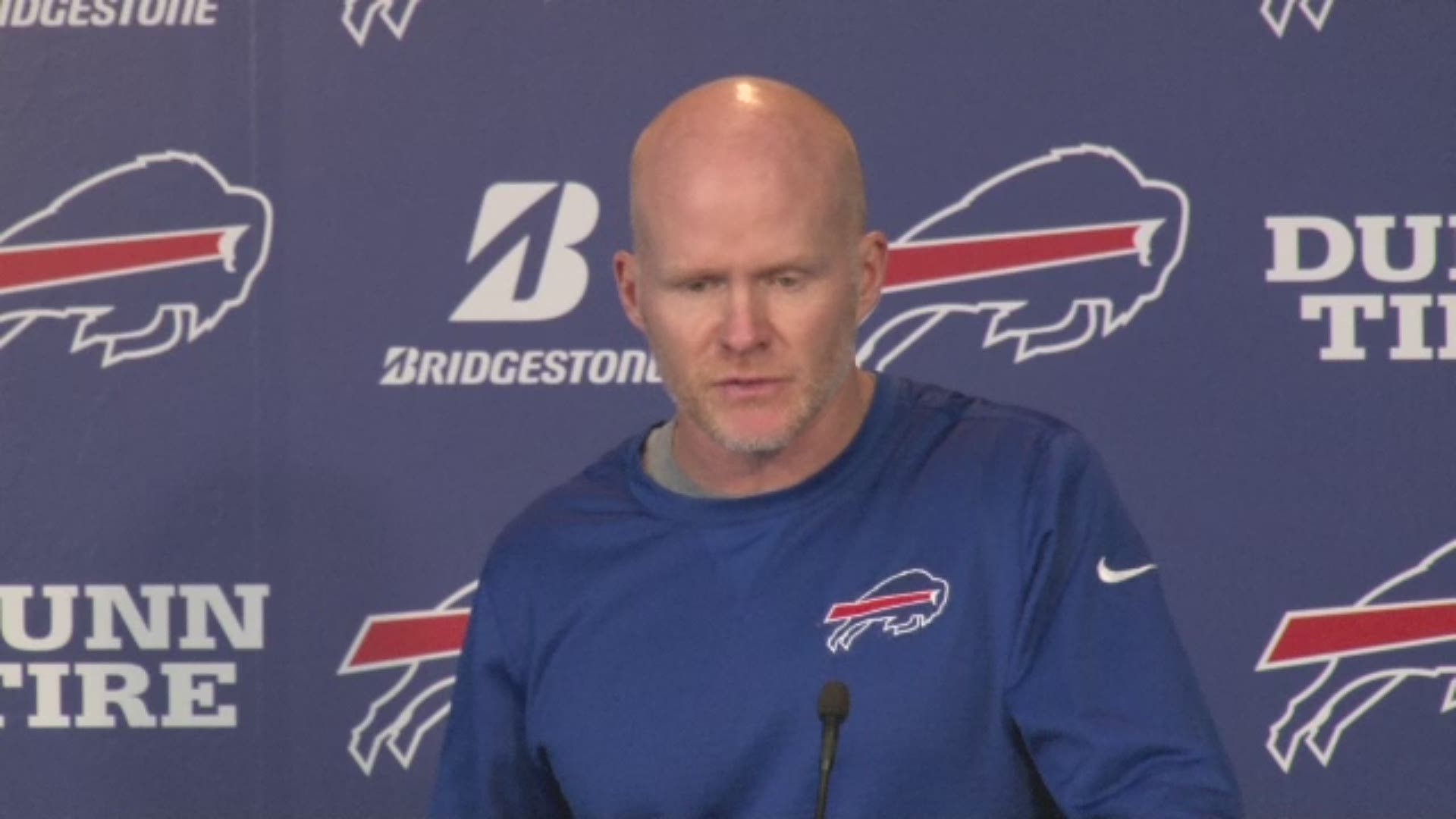 ORCHARD PARK, N.Y. — When the Bills play the Cowboys in Dallas on Thanksgiving Day, it will be their first appearance on the holiday in 25 years.

The last time the Bills played on Turkey Day was in 1994 when they lost to the Lions in Detroit. The Bills have an interesting history of Thanksgiving Day games that includes a number of record-setting performances.

The game at Dallas will be a homecoming for wide receiver Cole Beasley, who was born in Houston and played with the Cowboys before he joined the Bills as a free agent this offseason.

"I'm glad he's on our football team," McDermott said, "just from the standpoint of what he's added with his personality and his competitive fire."

The Cowboys' offense will be a big test for the Bills' defense. In all six of their wins, the Cowboys have scored more than 30 points.

"They have explosive players, receivers that can run and run past people, they do a good job protecting up front giving Dak time," McDermott said. "And Dak's really playing at a high level, an elite level in my opinion so they have a very potent offense."

Wide receiver Amari Cooper was held without a catch by the Patriots last Sunday.

"Whether he's held without a catch or coming off 20 catches, which he's done before, he's a dangerous receiver in the league and he's an elite player," McDermott said.

The Bills come into the game with an 8-3 record. The Cowboys are 6-5 and have yet to beat a team with a winning record.