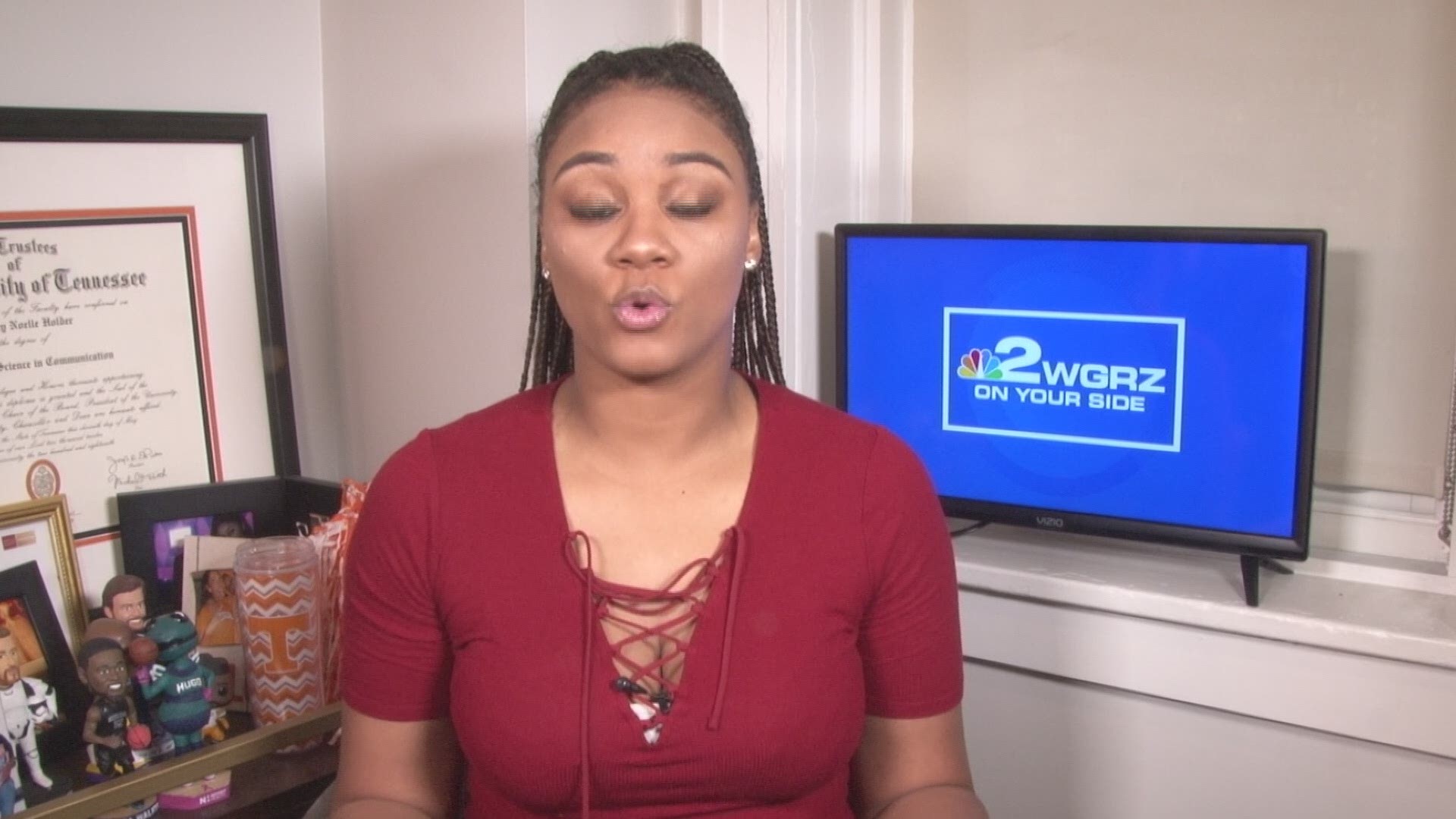 The Bills presser was scheduled for 2 p.m. on Thursday but was pushed back to 3 p.m. due to a surprise. Right before the presser started, the Bills announced the recent signing former Bears quarterback Mitchell Trubisky.

The Bills and the former 2017 No. 2 overall pick agreed to a one-year deal as Josh Allen's backup quarterback.

"We were a game away from the Super Bowl, and injuries happen, and this guy has won 29 games 50 starts," Bills general manager Brandon Beane said.

"Like, he's got a great resume, even though he's a younger player, and we know how Josh plays. Josh is not scared to try and lowers pads and take a hit. (If) Josh goes down with his experience, (Trubisky) would be able to keep the ship afloat until Josh got back in the lineup. "

Added the Bills wanted to get ahold of Matt Barkley first and thank him everything he has done. (reason why the presser started an hour later than scheduled)

Beane and McDermott said they hope adding Trubisky will be a luxury and that they hope Josh starts and plays all 16 games. The point of the move is for the Bills to just need to have quality depth at the quarterback position if Josh Allen were to go down.

The Bills don't expect Trubisky to be here long and look at this new start as a reset for him to gain a starting quarterback position at another team.

The deal is reportedly worth $2.5 million per NFL Network's Ian Rapoport.

The #Bills are giving QB Mitch Trubisky a 1-year deal worth $2.5M, source said. He’ll back up Josh Allen and hit the market a year from now.

The Bills and Jones agreed to a one-year deal with the 32-year-old running back.

General Manager Brandon Beane did joke around with the media saying Josh Allen will give Buffalo the hometown discount. He quickly followed behind that with such a big-money commitment they want to get through free agency before any contract talks happen. Beane stated talks with Allen's representation probably won't come until May or the summer.

Beane said if the pandemic or salary cap wasn't an issue that the Bills would have extended linebacker Matt Milano last season, when they did cornerback Tre'Davious White and left tackle Dion Dawkins.

"All along we were hoping to get Matt back," Beane said.

Tight end and running back position

Beane confirmed that he does want to add a good tight end to the competition. He added that Dawson Knox has plans to work with Josh Allen this summer in California, and they are excited to have Tommy Sweeney back. He said the Bills will still look at free agency and the draft for a tight end.

McDermott also told the media that they still believe in Devin Singletary and Zack Moss. The coaching staff believes that they can run the ball with the running back core they currently have.

"It's not that we didn't run it well, you just want to be able to run it when they know you're going to run it," Beane said.

Beane said they will continue to look for pieces for their running core, whether it's free agency or the draft.

Beane said they spoke to Gronkowski's representatives, but they never made him an official offer.

"It would have been an upset for him to leave Tom Brady," Beane said.

#Bills GM Brandon Beane says they did speak with Rob Gronkowski's representation and there was "mutual interest" but no offer was made.

McDermott said it was a great addition for the Bills because he's a accomplished veteran with winning and the number he put up last season.

"You never want to lose your fast ball," McDermott said.

The Bills feel they made up for the John Brown loss with adding Sanders.

"John Brown and Quinton Jefferson were in our plan before the issue of the reduced cap," Beane said.

If it weren't for the COVID-19 pandemic altering the salary cap, then wide receiver John Brown and defensive lineman Quinton Jefferson would still be in Buffalo.

The Bills signed Matt Haack to a three-year deal earlier this week, and Corey Bojorquez was out.

Sean McDermott on the punter change: "We're always trying to improve our roster. Corey had a good year, but (we) felt at the end of the day we had an opportunity that was best for our team," McDermott said.

Beane added they weren't on the same page as Bojorquez, and they wanted a punter for the long haul.

Beane said he is happy to bring back Levi Wallace on a one-year deal and feels Dane Jackson has made plays every time he's in the same. He added he's comfortable with those two and they will fight it out at that position.

#Bills GM Brandon Beane says they are excited to get Levi Wallace back. "Right now Levi and Dane Jackson will fight it out."