With only a year in Buffalo, Sanders is making a huge statement, not just on the field but in the Western New York community. 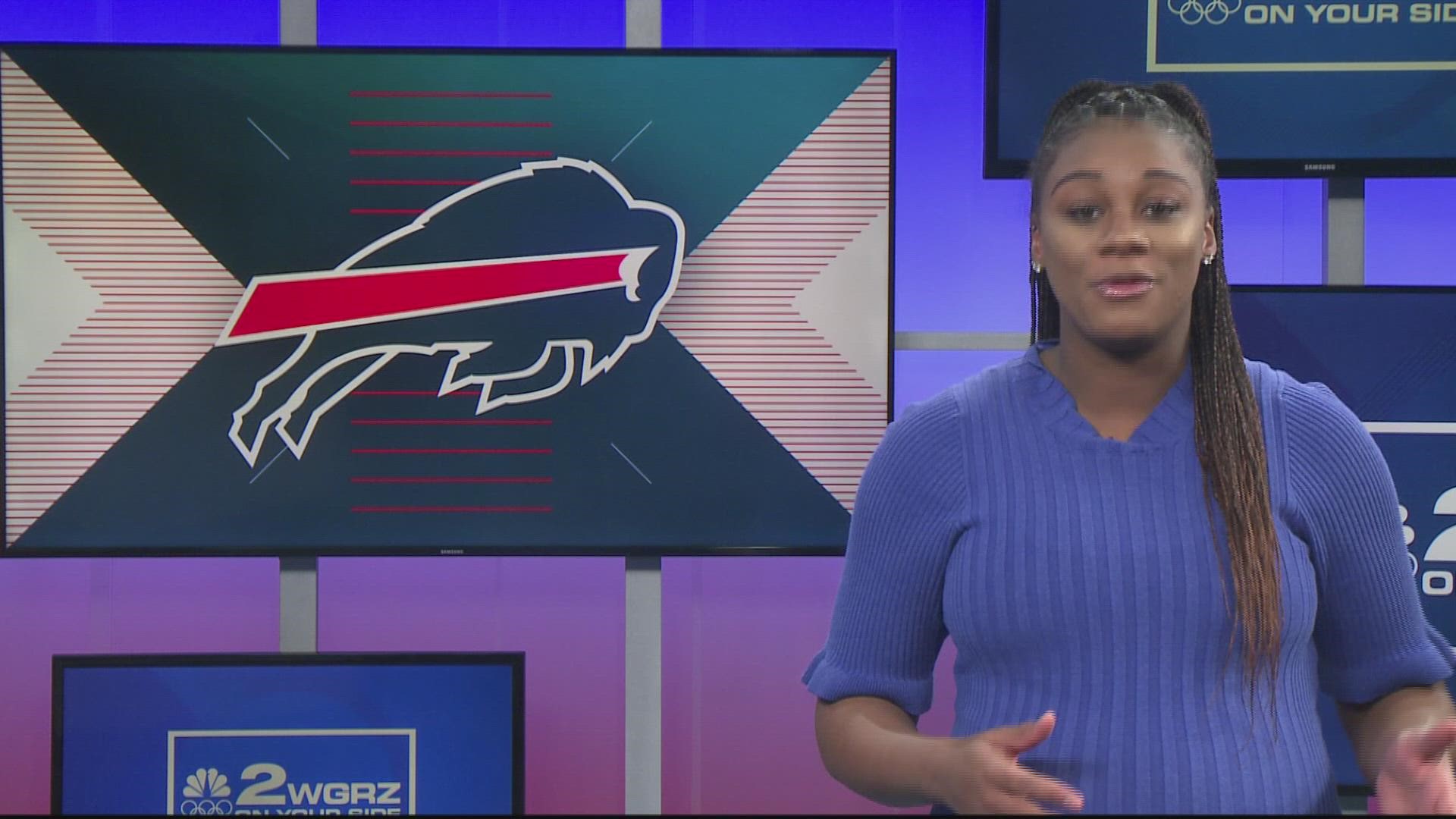 ORCHARD PARK, N.Y. — Emmanuel Sanders is known throughout the NFL as a passionate, hardworking, and talented veteran wide receiver.

Now with only a year in Buffalo, Sanders is making a huge statement, not just on the field but in the Western New York community.

But before Sanders shifts his focus to the New Orleans Saints, he made it a point to not just give back to his team, but the community as well.

#Bills WR @ESanders_10 preparing to hand out #Thanksgiving meals before the #Bills take off for New Orleans. A nice surprise for the holiday. pic.twitter.com/qet0QOWaKm

Sanders surprised two families with Thanksgiving spreads. He took kids who had lost a parent to Dave & Buster's for a night of fun, and he visited the Harriet Tubman school.

"It's only two or three hours out of my day, and it's not that much for me to go out and meet kids, cross paths," Sanders said. "I can only imagine if an NFL player came to my school."

A chance encounter at a Houston Astros game helped show Sanders the importance of helping others.

"We had the worst seats ever, but it was my first time going to an Astros game," Sanders said. "We got to meet a guy named Derek Bell, he played for the Astros, but I still remember this guy Derek Bell from now right.

"I still remember that experience, I still remember sitting in those seats, saying I want a hot dog, even though I'm with the Boys & Girls Club. I said, 'One day I'm going to have a enough money to buy a hot dog.' "

Sanders got that hot dog and more. He's getting his family involved in that spirit of giving.

"I'm paying it forward, but also I have my two kids with me, who are also seeing kind people, good-mannered people, and giving back goes a long way," Sanders said. "They're growing up totally different than me, so my biggest challenge is making sure they have great manners, because if you have great manners, you'll end up being a great person."

A message that he shares with anyone who will listen. To spread positivity, motivate and encourage the next person, no matter the age.

Sanders plans to continue the season of giving with some Christmas events next on his list. But first it's all about the bills taking on the Saints on Thursday night for Thanksgiving turkey ball.