The Bills want a smaller stadium, no dome, no convention center, and a desire to get a deal done soon with the Hochul Administration. 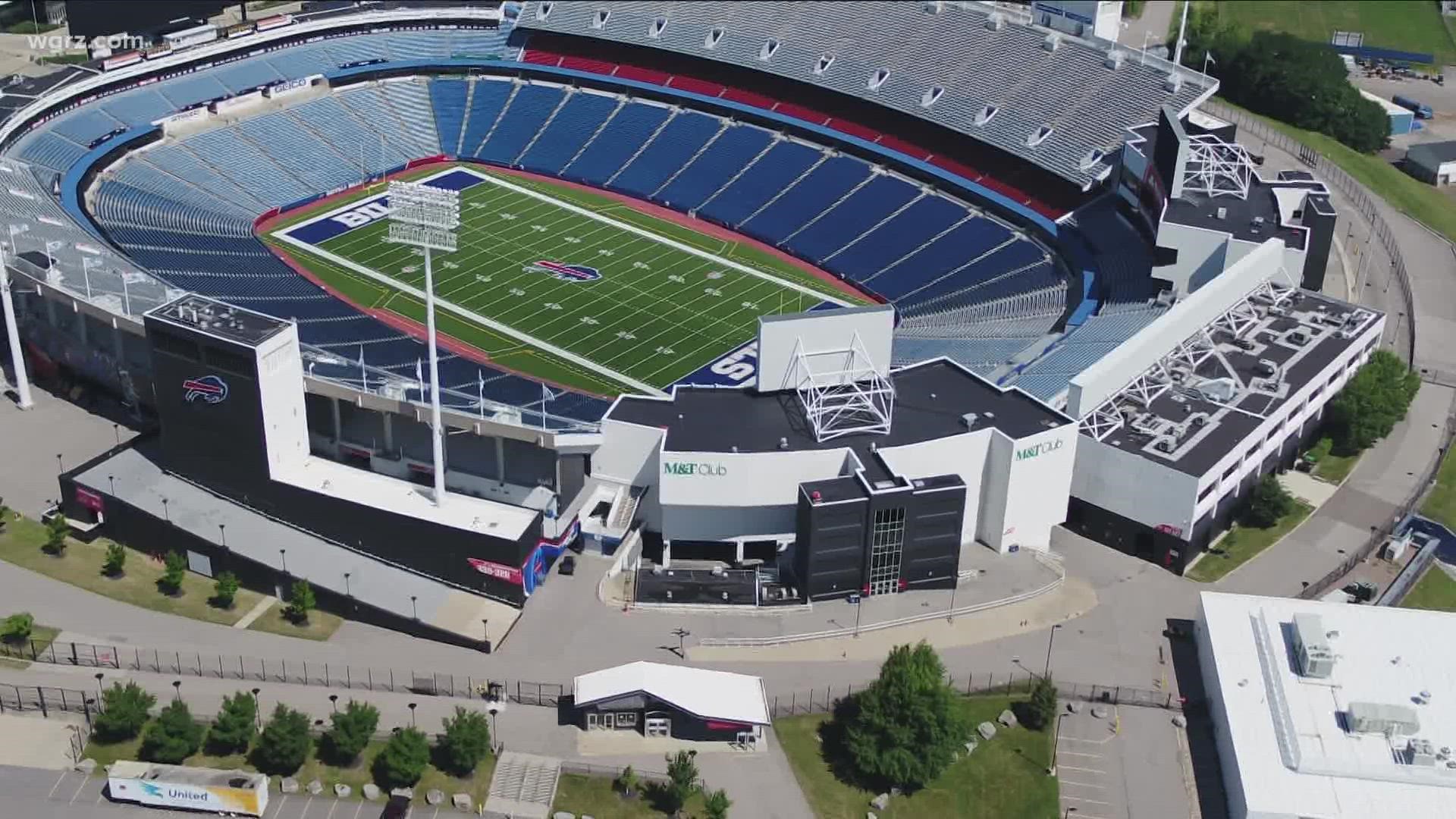 ORCHARD PARK, N.Y. — For the first time, a representative of the Buffalo Bills on Thursday spoke publicly about the club’s priorities for a new football stadium.

“We’ve been working on this since 2019. It’s just come to light now because we’ve pressed the urgent button,” said Raccuia, who added there were attempts to begin stadium talks in September of 2019 with the administration of then-governor Andrew Cuomo.

Raccuia explained that because of the COVID pandemic and other issues, the talks never materialized. The task now falls to Gov. Kathy Hochul and her team.

Among the questions Raccuia was asked:

Why not rehab Highmark Stadium?

RACCUIA: Our estimate is that to do a renovation is upwards of a billion dollars, and that just doesn’t make any sense when you can do a new stadium.

Why does the team prefer to build across the street from Highmark Stadium rather than in downtown Buffalo?

RACCUIA: We have a budget of $1.4 billion for new stadium in Orchard Park. That same exact stadium, if you moved it downtown, the price jumps to $1.9 billion, and that does not include the hundreds of millions of dollars of infrastructure costs that would go along with a downtown stadium.

What sites were seriously considered?

RACCUIA: The Orchard Park site across from the stadium, the downtown site by South Park and the 190, and then a site on the UB’s north campus. The site on UB’s north campus under the prior governor that was pretty much a non-starter from their perspective, at least that’s what they told us, so we didn’t spend a ton of time on that.

If New York State and Erie County are expected to contribute to the cost of the stadium, what does the region get besides a football stadium?

(REPORTER’S NOTE: While Raccuia says the Bills organization has studied the economic impact of a new stadium, it has not public disclosed its research.)

What are the state and county being asked to kick in to build a new stadium?

RACCUIA: We really don’t want to get into specifics. Those are saved for the private conversations that we have in the negotiation room. I don’t want to talk about any of the offers or thoughts around that public-private split.

Reports suggest the Bills want to downsize. Why a smaller new stadium?

RACCUIA: Our market analysis show that 70,000 seats is too many. Somewhere in the 60 to 62,000 range is more appropriate for our market and our historical sales. It becomes very expensive. The last 5,000 to 10,000 seats that you build into a stadium, they are very cost ineffective.

What about extras like hotels, shopping or a convention center added to the project?

RACCUIA: No. We’re just focused solely on the stadium. That’s our only responsibility. Anything that’s added to a project like that is really not part of our business.

Will there be PSLs (Personal Seat Licenses)?

RACCUIA: We already have PSLs. Our clubs seats and our other premiums contain PSLs. PSLs in some way shape or form will be a part of the new stadium. However, they will not be anything like PSLs throughout the rest of the NFL in those major markets that have opened in L.A. and Atlanta and other places. Everything we do from a pricing prospective will be for the Buffalo market for the Buffalo fan. We know that we can’t price them out in any way shape or form, either, whether you’re a season ticket holder in the upper deck or whether you’re a club seat holder at the 50-yard line. We realize that. But PSLs are a part of the equation in all of sports today, and they are still a part of our existence here. I don’t think fans should get very nervous about PSLs. We understand this market. We understand the limitations to it. But they are a part of today’s sports, no question about it.