McDermott discusses impact of the murder of George Floyd 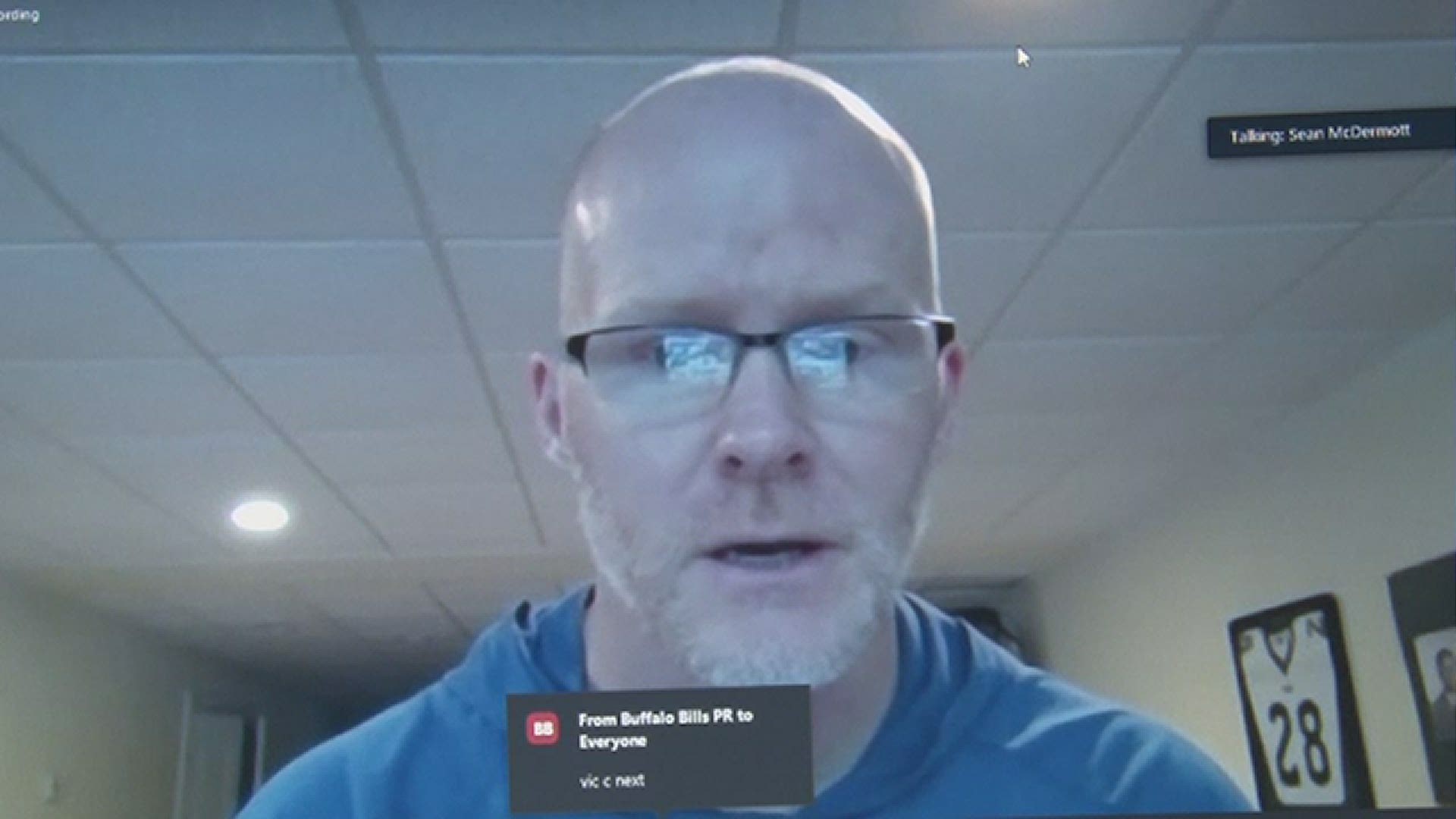 BUFFALO, N.Y. — The murder of George Floyd has had a dramatic impact on the entire country. NFL players and coaches feel it too. Buffalo Bills' head coach Sean McDermott held a ZOOM call with the Buffalo media Wednesday morning and addressed the situation.

Asked his reaction to seeing the video, McDermott was blunt and to the point. "I was disgusted by it, and ashamed, as I shared with our players, as human beings."

McDermott went on to say about the incident that has sparked unrest across the country. "As a coach in the NFL, this hits directly at home for a lot of the guys on our team. When we talk about doing things the right way, I feel strongly that right now, as a country, we need to unify, We as a country need to come together. I hope that our team can be a unifying picture of what it should look like."

McDermott, a man of great faith said, "I've tried to open myself up to our players to be a listener, be listening and I think it's important to educate myself.  My faith plays a factor and the love we are to have for one another."

McDermott mentioned that the Bills had similar discussions with the team when San Francisco and quarterback Collin Kaepernick played at New Era Field. Kaepnernick took a knee during the national anthem and that sparked a furious response in many quarters.

McDermott spoke out against any kind of violence. "I don't think there's any place for that as far as the violence. What we've got to do right now as a country is again unify and make really good decisions."

We stand with and will continue to work with those dedicated to eradicating racism and inequality. #BlackOutTuesday pic.twitter.com/Aq166oevlM

RELATED: Bills and others to hold training camp at home facilities