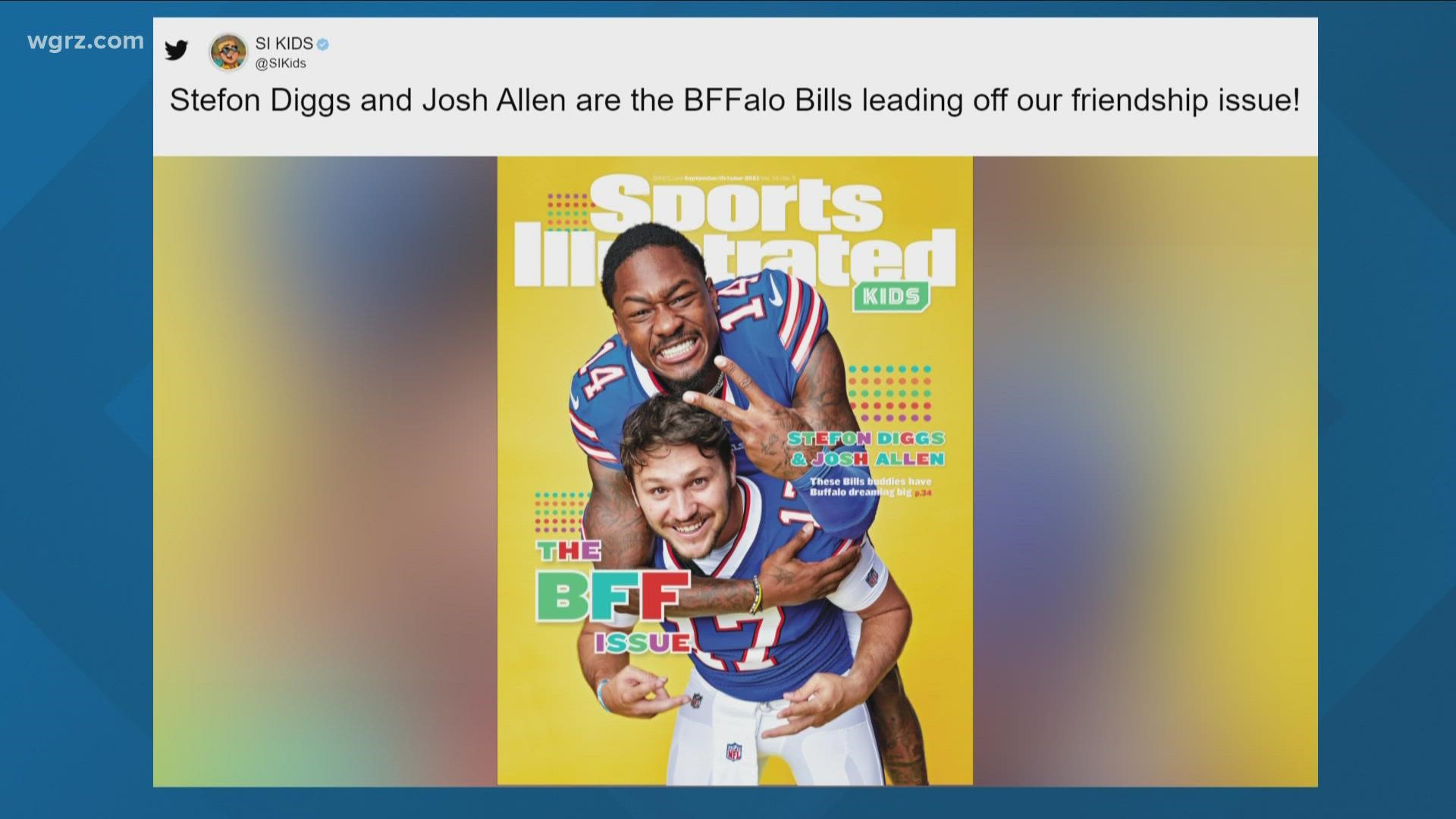 Now the duo are being featured on the cover of Sports Illustrated Kids' magazine BFF Issue.

Stefon Diggs and Josh Allen are the BFFalo Bills leading off our friendship issue! pic.twitter.com/itedpRCfLf

According to the Bills, the article showcases the duo's friendship and the value of teamwork. The magazine is available to purchase at local newsstands.

After the Bills traded for Diggs in March of 2020 by sending a total of four draft picks to the Minnesota Vikings, he formed a bond with Allen, finishing with 127 receptions for 1,535 yards and eight touchdowns.

Along the way, the become a huge hit with Bills fans during a memorable season that ended with an appearance in the AFC championship game. In an election year, "Allen-Diggs 2020" signs popped on lawns all over Western New York.

Zoom, a printing and graphic design company on Main Street in downtown Buffalo, made and sold thousands of the faux campaign signs.

"Every time one gets sold, it promotes itself. Someone sees it. They see where they get it. They want one. They get it. Every neighborhood's got 'em," Josh Federice, the Zoom designer who came up with the idea for the parody campaign signs, told 2 On Your Side last October.

That success paid off for Allen before the preseason began, when he signed a six-year contract worth $258 million, keeping him in Buffalo through the 2028 season. Of that money, $150 million is guaranteed.