WGRZ's Adam Benigni is joined by Vic Carucci of The Buffalo News after the Bills' 27-24 playoff win over the Colts. 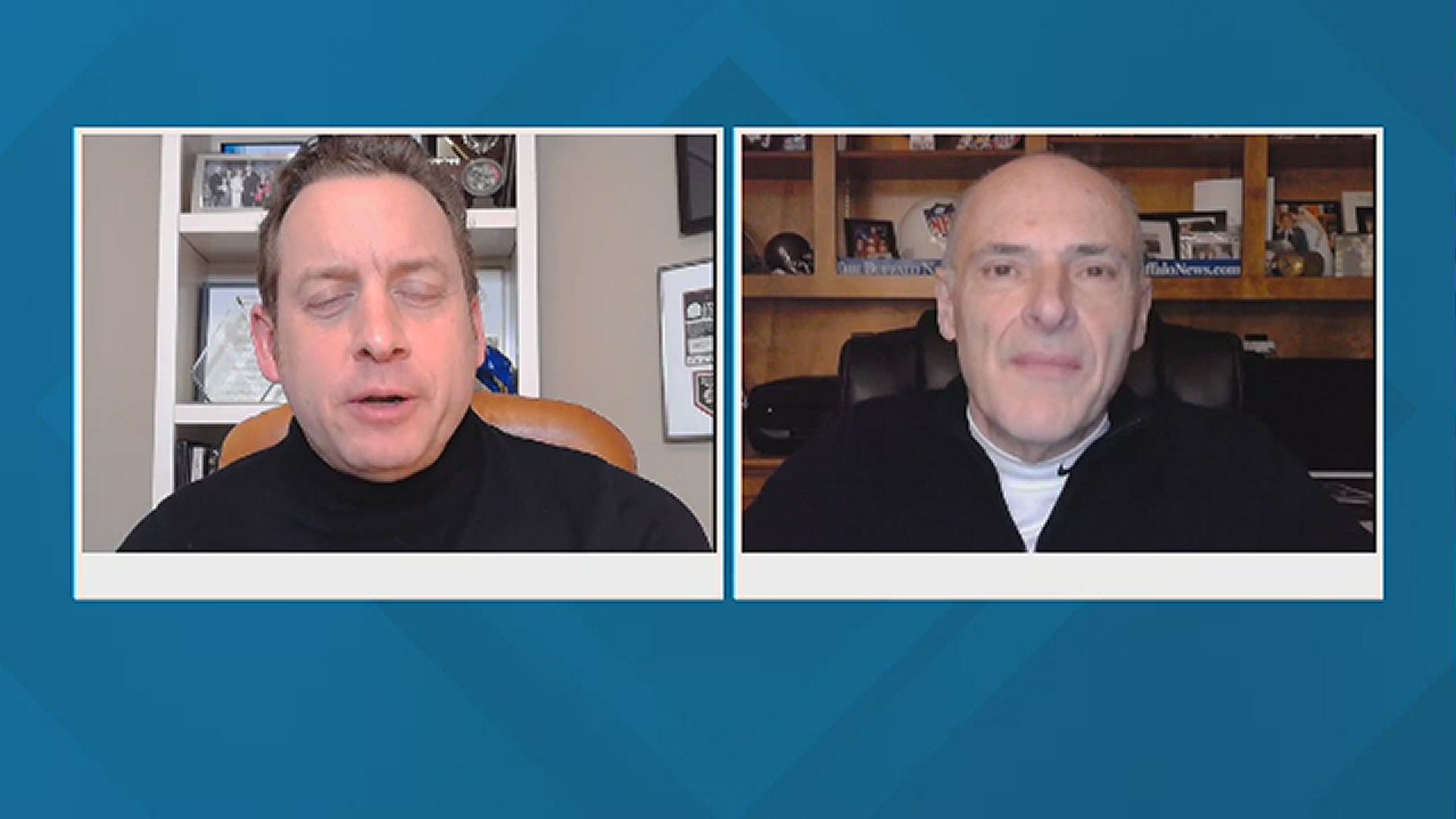 ORCHARD PARK, N.Y. — Josh Allen would be the first to tell you that the first three years of his career, as they are for just about every young quarterback, have largely been about lessons learned.

He said this week that the wild card loss in Houston last year taught him "not to press."

Although it was far from a work of art, the Buffalo Bills' 27-24 AFC Wild Card win over the Indianapolis Colts on Saturday afternoon was evidence of that growth.

Allen threw for 324 yards, two touchdowns, no interceptions, and also ran 11 times for 54 yards and a touchdown. He became the first quarterback in playoff history to throw for more than 300 yards, complete at least 70 percent of his passes, and rush for at least 50 yards in a game.

List of #NFL players to ever throw for 300+ yards, tally a 70+ completion percentage and rush for 50+ yards in a playoff game:

On top of that, the defense forced Indianapolis to turn the ball over on downs late in the second quarter, when the Colts decided to pass on a short field goal, creating anywhere from a 10 to 14-point swing. On top of that, the Bills successfully defended a Hail Mary to end the game.

What had been an issue since their "Hail Murray" loss at Arizona. The Bills have now won seven straight since.

WGRZ's Adam Benigni is joined by Vic Carucci of The Buffalo News for takes on Allen's progress and the Bills overall effort.

Vic also joins along with Jay Skurski of The Buffalo News, for "Sports Talk Live Buffalo" that airs Monday at 7:30 p.m. on WGRZ.