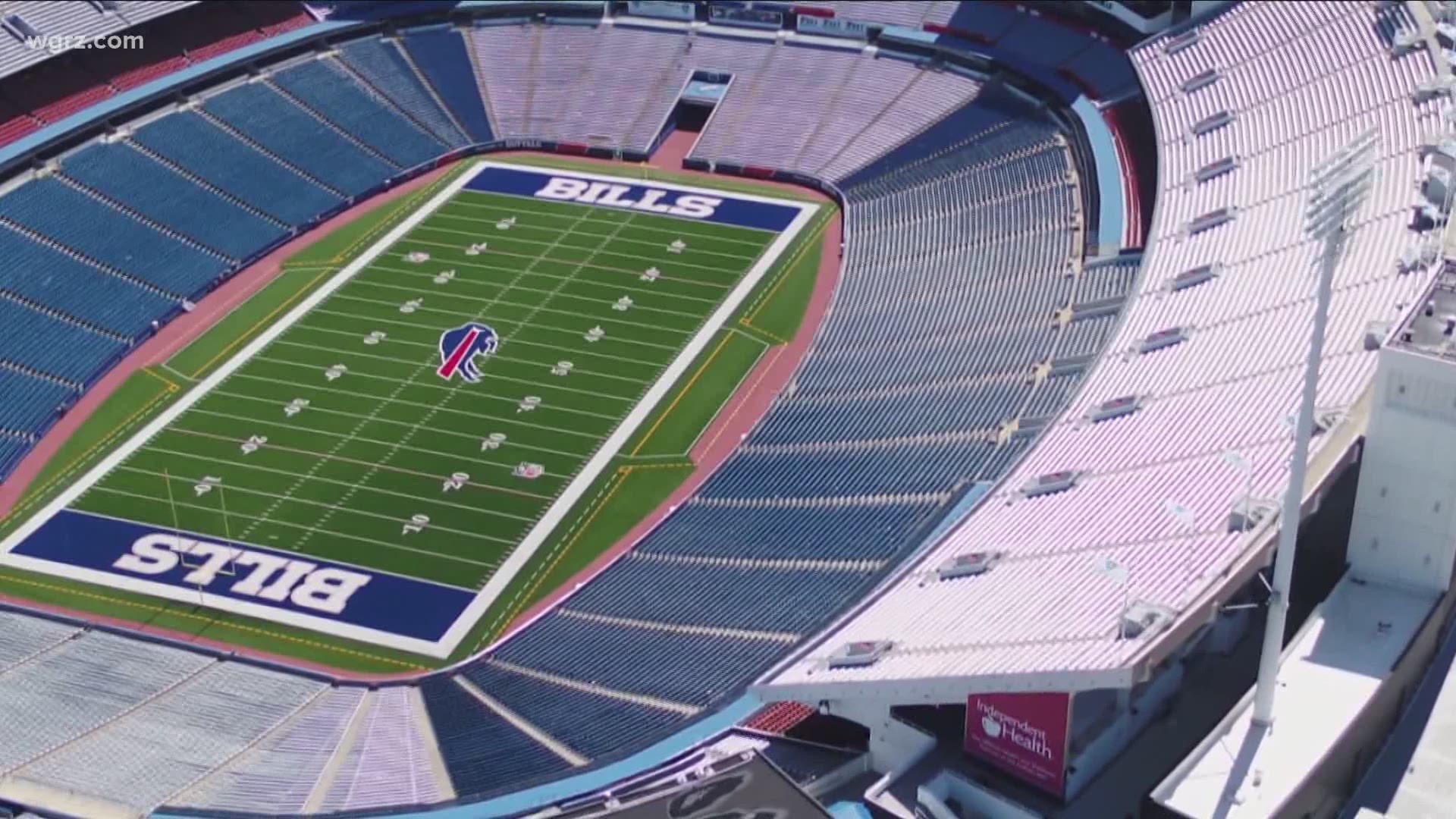 BUFFALO, N.Y. — The Buffalo Bills are looking to trademark the phrase "Bills Mafia", a term fans coined to represent the Bills dedicated fan base in 2011.

The team filed two trademark applications on October 12, 2020 for "Bills Mafia," according to a search of the United States Patent and Trademark Office website.

Trademark attorney Josh Gerben noticed the application and posted it on Twitter Friday. The tweet was shared more than five-hundred times and some fans were not happy with the news. Many citing the connection the coined phrase has to co-founder Del Reid and years of charitable giving.

The Buffalo Bills have filed a trademark application for BILLS MAFIA.

The application, just filed on October 12th, claims that the team is the owner of the trademark and intends to sell BILLS MAFIA branded clothing.#BillsMafia #BuffaloBills pic.twitter.com/b6CveEpghz

When 2 On Your Side spoke with Reid on Friday, he said the announcement was not a surprise and that he met with Pegula Sports and Entertainment three times to discuss the trademark. Reid said the team understands the meaning behind the coined phrase.

"One thing I stressed in every single meeting was, and every time anyone new would walk into the room, I would stress it to them, Bills Mafia is a part of a community" he said. "It's about supporting the team on the field, supporting your fellow fans, its all about the community of fans and that's something they understand."

Gerben said he knew the announcement may upset some fans but said as a trademark attorney he recognizes why the team decided to do it.

"The name Bills Mafia uses part of the Bills trademark itself right, because they use the word Bills" said Gerben. "There is likely a lot of unauthorized or unlicensed merchandise that is being used using the Bills Mafia phrase."

"A lot of fans years ago would get frustrated because the Bills didn't embrace the term "Bills Mafia."  This year you saw they made it their official hashtag instead of Go Bills" said Reid. "The Bills are doing what we always hoped they would do embrace the term and embrace what it means to fans."

2 On Your Side has reached out to the Buffalo Bills and Pegula Sports and Entertainment for a response.

Literally hundreds(!) of people reached out today, and your concern means the world. I love y’all.

The @BuffaloBills understand that #BillsMafia is a community of fans, not just a clever brand. Really looking forward to seeing what the future has in store.

And yo, with @26shirts, nothing changes. We're good! And we'll continue to DO good with your support.

And again, because I just want to say it again: I love y’all.