While the COVID pandemic may have kept fans from getting together the traditional way, that didn't stop people from celebrating the big win. 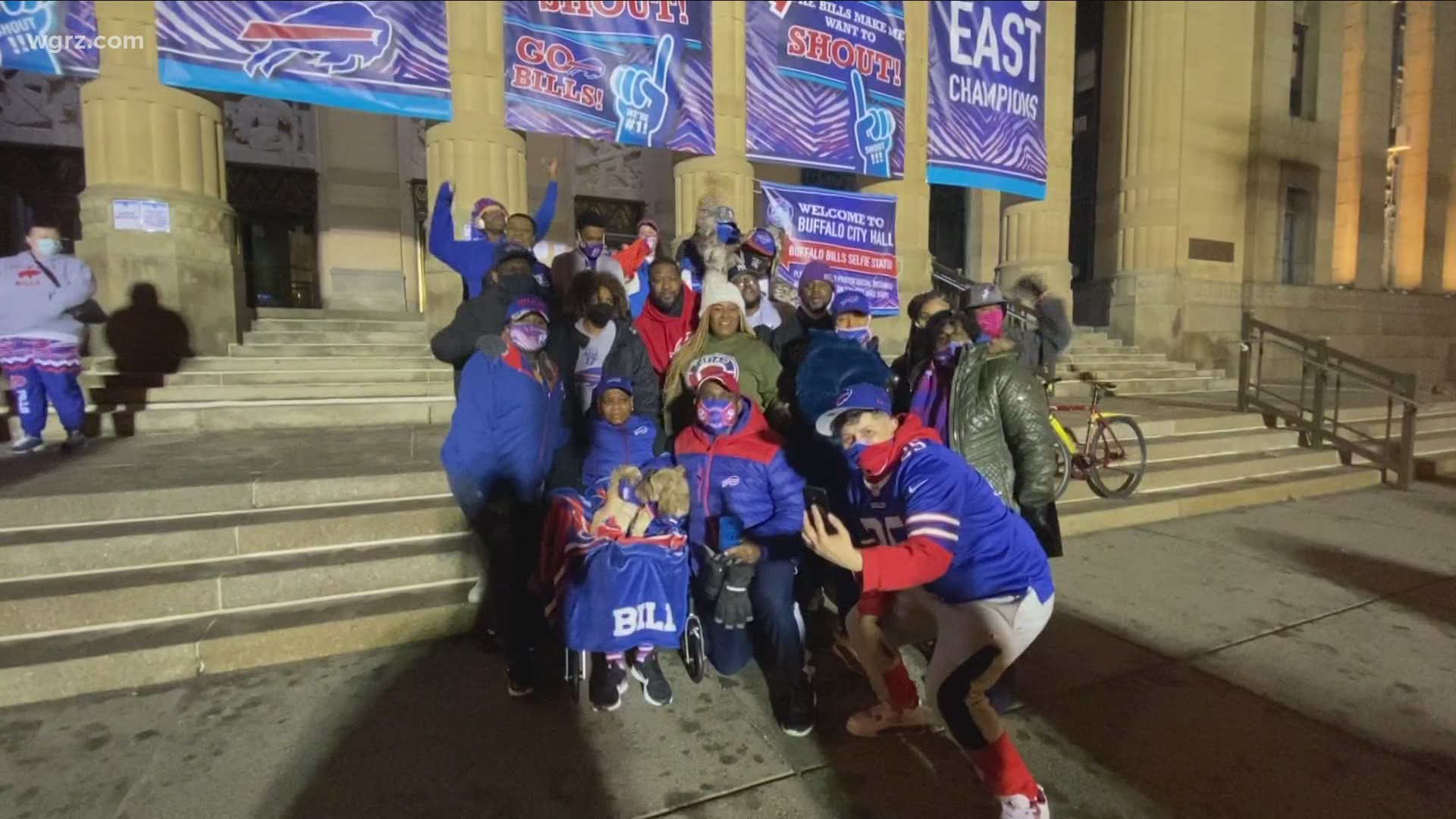 BUFFALO, N.Y. — While the COVID pandemic may have kept Buffalo Bills fans from getting together the traditional way, that didn't stop people from celebrating the big win.

Several people took to social media to share their excitement, whether it be at the stadium in Orchard Park, their homes, or even outside in the City of Buffalo.

"It is good to be from Buffalo. It's crazy because in prior years we would want to celebrate in the streets. I can't imagine a non-pandemic time what this would be like, but even walking up and down downtown Buffalo right now and having everyone honking their horns and shouting and screaming, it's still the spirit of Buffalo," Becca Witkin said.

The steps of City Hall became a busy spot after the game, where fans took pictures and chanted in celebration.

"The Bills won today. As you can see, everybody's beeping their horns, and everybody's here, and I'm happy to be here," Kristian Jusko Jr. said.

TAKE2: WGRZ's Adam Benigni is joined by Vic Carucci of The Buffalo News to discuss the Bills' 27-24 playoff win over the Colts. https://t.co/YfZnLPKk7M

While the fans we spoke to are thrilled to in some ways make Bills history, watching the first playoff win since 1995, they have bigger ambitions for what's to come.

"They're hot. They're on fire. This is the best team we've had in ages and we're ready man for this Super Bowl win. Let's keep going guys, all the way. Let's Go Buffalo," Felix Cedeno said.

The Bills did release ticket information for next week's game, but the website does indicate that's pending New York State approval.

We reached out to the state Saturday evening for more information and have not yet heard back.