The 2019 first round pick is accused of driving while intoxicated and illegally carrying a weapon. 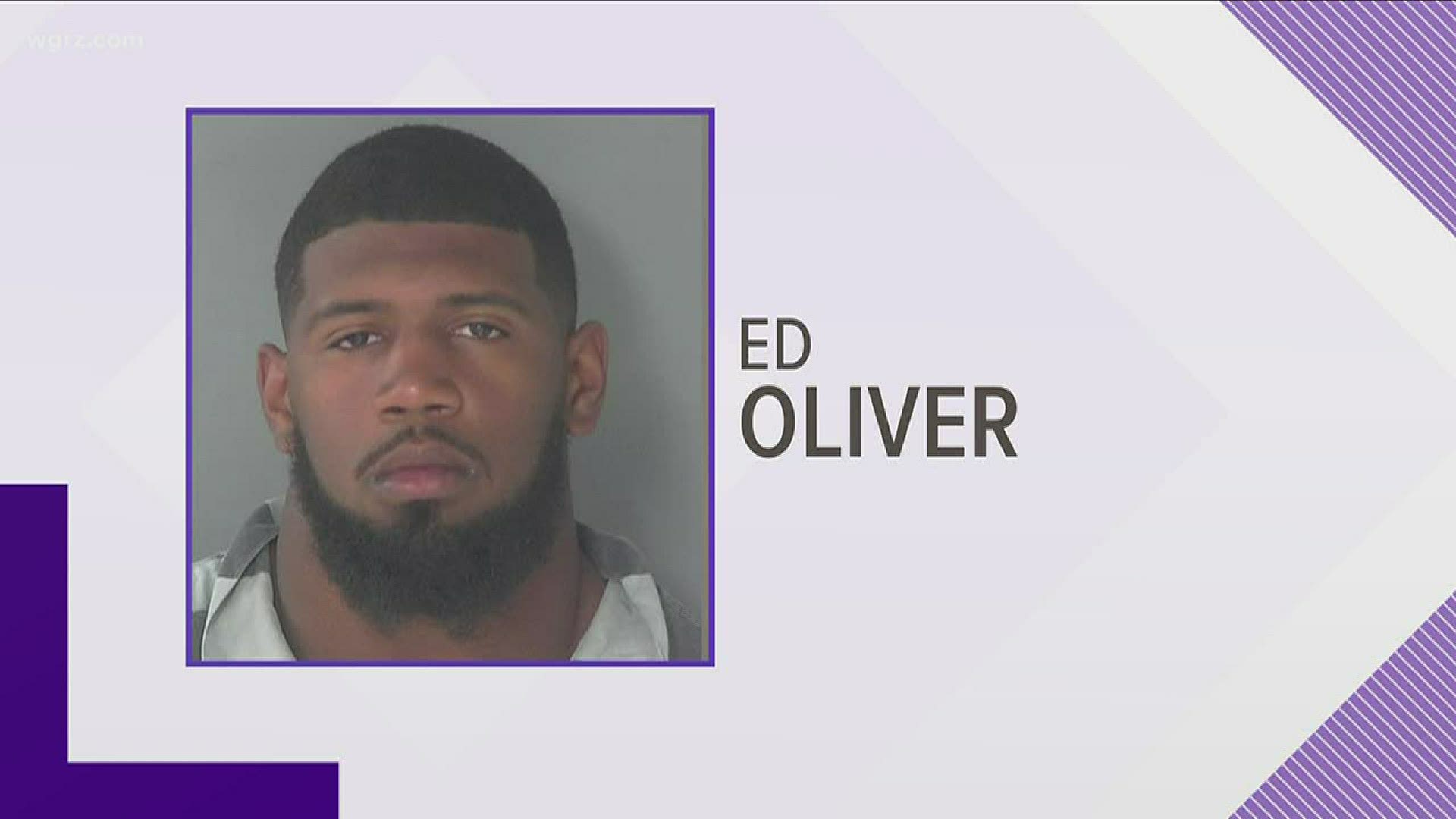 MONTGOMERY COUNTY, Texas — Buffalo Bills defensive tackle Ed Oliver was arrested near Houston, Texas, on Saturday night and is accused of driving while intoxicated and illegally carrying a weapon.

The Montgomery County Sheriff's Office says another driver called them Saturday night to say Oliver's truck was speeding and swerving all over the road. Deputies say Oliver failed field sobriety tests and had a small caliber pistol in his truck.

The Montgomery County Sheriff's Office reports he was charged with two misdemeanors and released on bail early Sunday morning after the arrest just north of Houston.

The Bills released a short statement reading, “We are aware of the situation and we are gathering more information. We will have no further comment at this point.”

Oliver attended the University of Houston and is a Texas native. He recorded five sacks for the Bills in his rookie season.