Your opportunity to score some Bills memorabilia, the kind of which you are not likely to find at any other sale, will come in September. 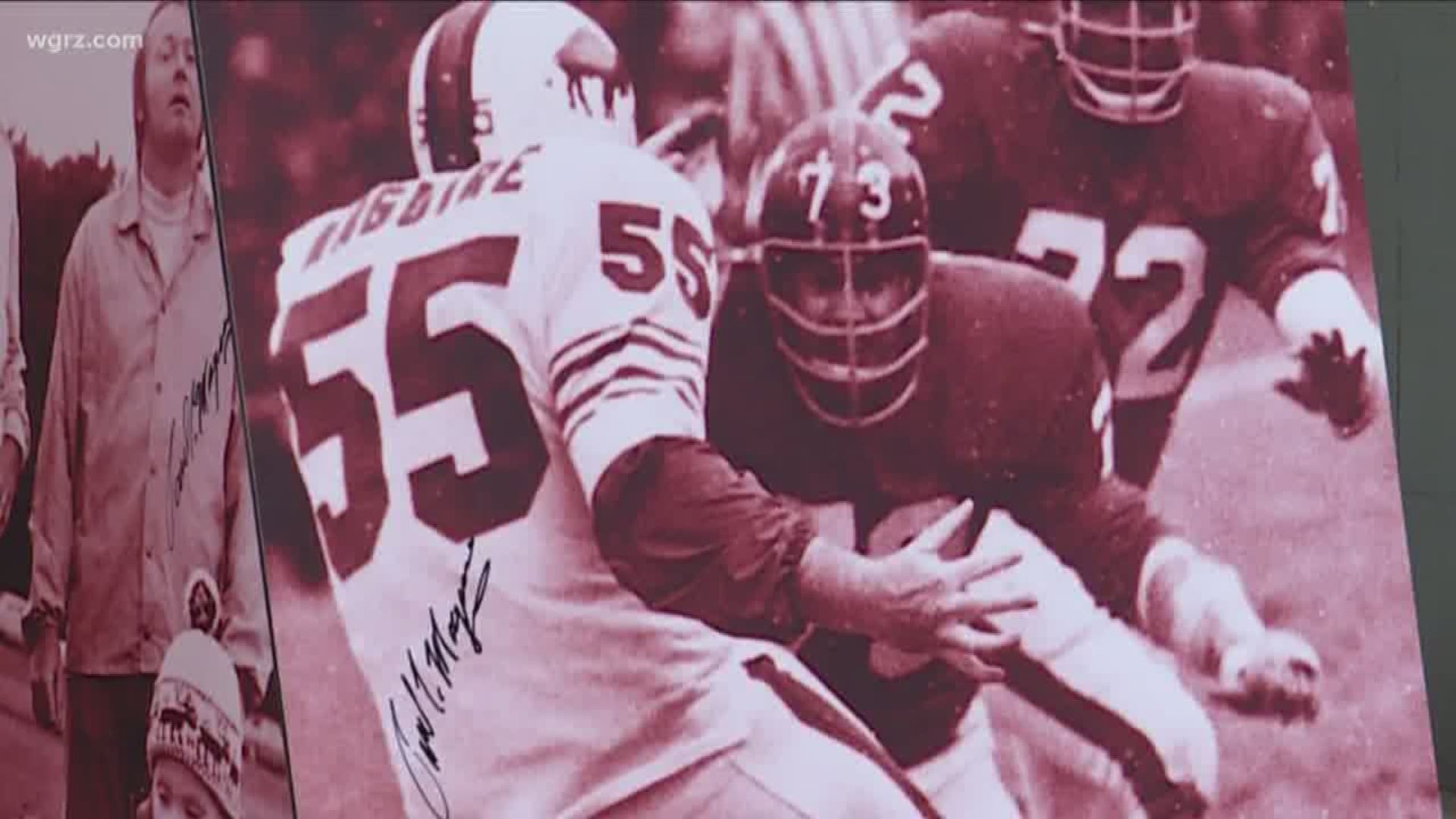 BUFFALO, NY – With Christmas less than four months away, you might be looking for something truly unique for that special Buffalo Bills fan in your life.

Your opportunity to score some memorabilia, the type of which you are not likely to find at any other sale, will come in September when Cash Realty and Auctions holds a 10-day online auction of items both new, and those which were part of the lore at New Era Field.

They include still packaged goal post padding (the pads were the wrong size for the goal posts at the stadium and never used) emblazoned with the Bills logo. A ten-foot tall horse statue which once stood outside the stadium, and the custom chopper Billy Buffalo used, to ride around the field.

There are also gold, cut out sections of the turf at the stadium from the NFL’s 50th season celebration, and decorations that once adorned the Paul Maguire Club, including autographed items and photos.

"It's all neat stuff to me. I'm just glad someone will be able to get a chance to get it," said Eric Monahan, an auctioneer who also serves as the Operations Manager for Cash Realty and Auctions, which the team hired to conduct the sale.

Monahan said the decision was made to do the auction online in order to afford as many Bills fans as possible to partake, and try to land an item which might make their "mancave" the envy of any other.

Unique items like these, which are not the stuff of normal sales and memorabilia shows, can fetch a good price.

Monahan recalled that last year, when new coach Sean McDermott ordered that a custom pool table in the team locker room be removed, it sold for $8,000.

To view the more than 50 items up for sale, and to register to bid in the online auction, visit the Cash Realty and Auctions website.