In addition to the City Hall banners, you will also notice streets such as Josh Allen Way, Stefon Diggs Way, and even Terry and Kim Pegula Way. 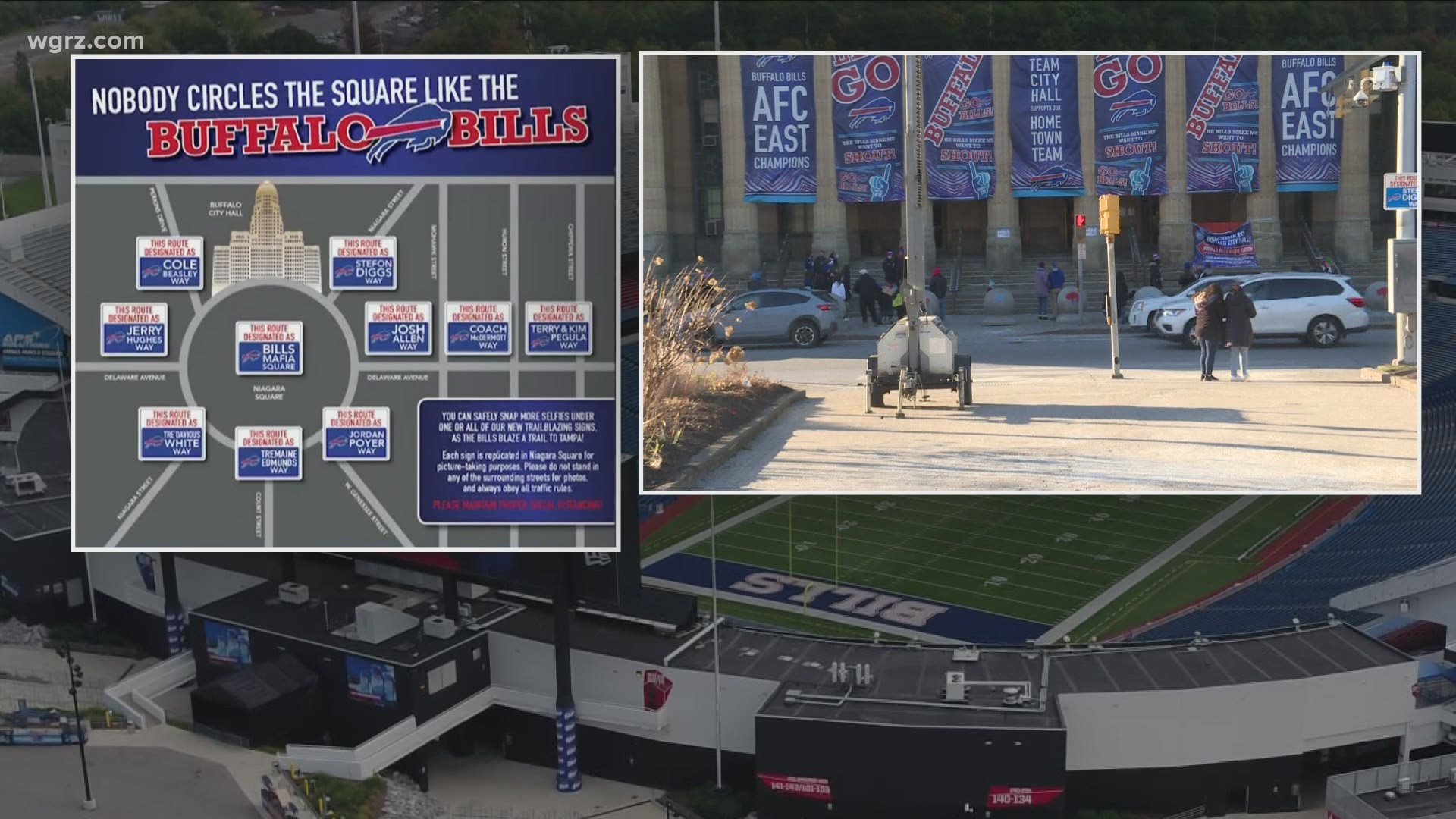 BUFFALO, N.Y. — If you drive around Niagara Square in downtown Buffalo this weekend, you will notice even more Bills-themed changes.

The city on Saturday unveiled what it's calling Bills Mafia Square.

In addition to the huge banners on City Hall, you will now notice some temporarily renamed streets such as Josh Allen Way, Stefon Diggs Way, and even Terry and Kim Pegula Way.

The temporary signs are the latest show of support by the city, which recently installed banners at City Hall, transforming it into a selfie spot.

In addition to Buffalo City Hall becoming a popular spot when it comes to pictures, there is also Bills Stadium, the Ralph Wilson statue near the Bills Store, and the "Josh Allentown" sign in the city’s popular Allentown neighborhood.

That sign was joined this week by a life-sized cutout of Bernie Sanders, to replicate the popular inauguration day meme that has flooded social media since Wednesday. 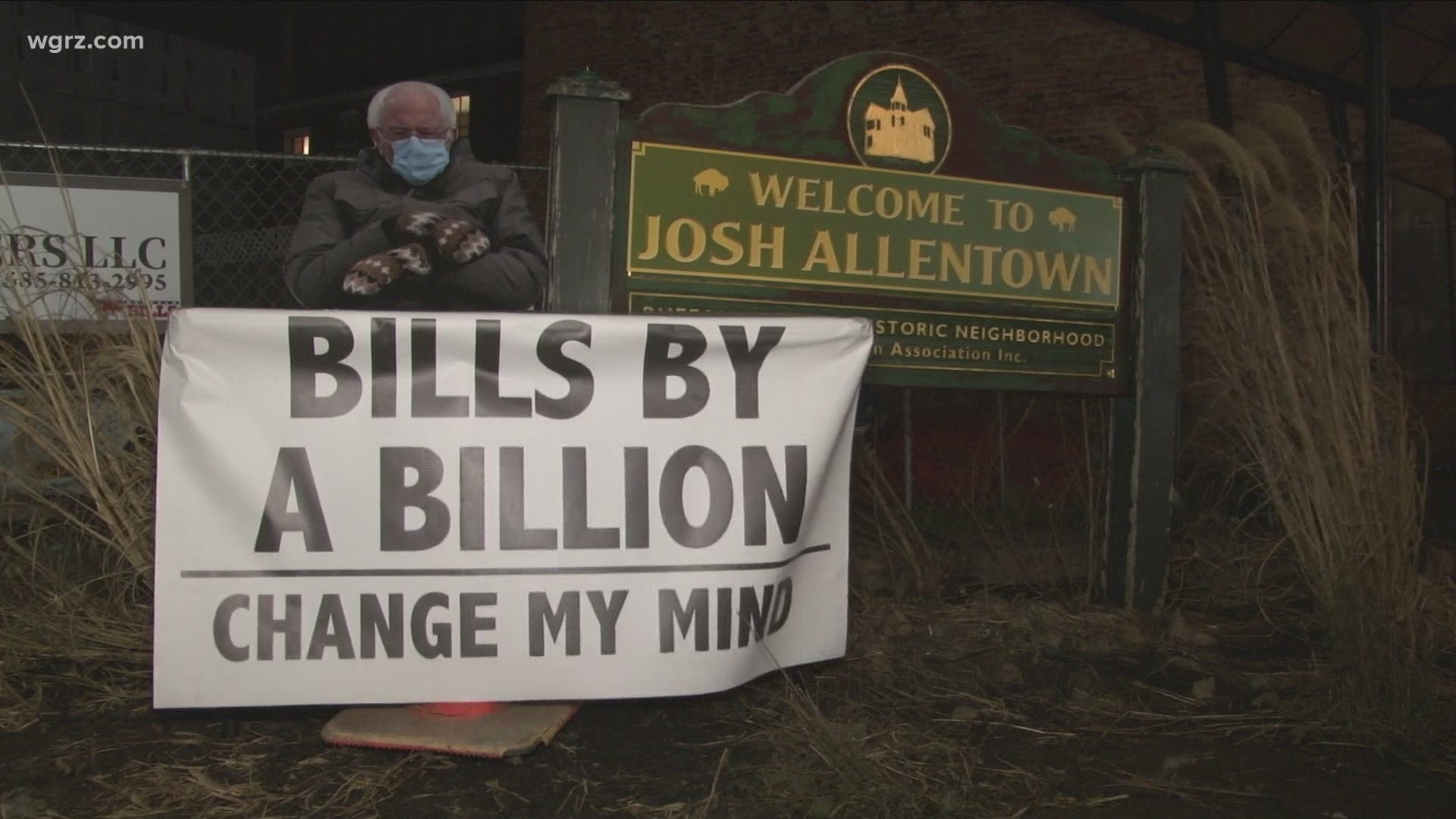