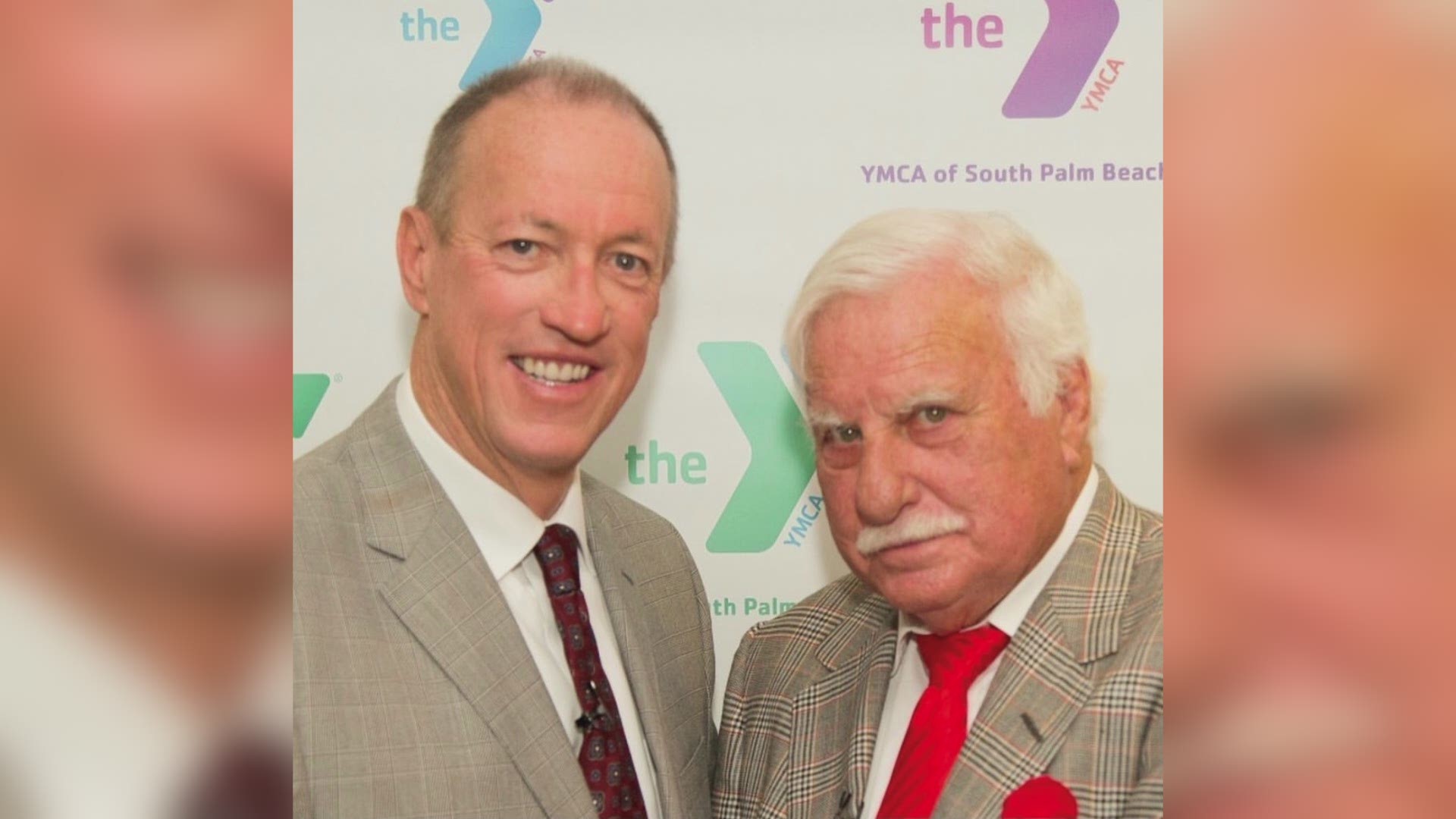 BUFFALO, N.Y. — One of the most rewarding relationships an athlete can have is the bond with their coach. It’s a parent away from home, and the one you can rely on when the world around you changes.

For Buffalo Bills legend Jim Kelly, that's what coach Howard Schnellenberger was for him. A second father.

Before Kelly spent 11 seasons with Buffalo, appeared in four consecutive Super Bowls and was inducted into the NFL's Hall of Fame, he was a kid looking for guidance and a path to the NFL.

"He turned boys into men," Kelly said. "When you're around him, you either do it his way the military way or you were gone."

“Earlier on in my life is when I needed it. I had a great mother, father and high school coach, but Schellenberger said you have to set your goals and dreams, what you want and if you don’t try and attain then you can’t carry on in your everyday life.”

It was blessing for Kelly who ended up in Schellenberger’s program at the University of Miami.

For as long as Kelly could remember, the Pennsylvania native was either going to go to Pittsburgh or Penn State.

“To be honest, I wanted to go to Penn State," Kelly said. "When they told me, they wanted me as a linebacker and not quarterback, I decided to look elsewhere.”

Enter former player and coach Lou Saban. It was that legendary coach who convinced Kelly to attend the University of Miami. A time where administrators were considering shutting down the football program until Howard Schnellenberger changed the game helping lead the Hurricanes to their first national championship.

His third season, Miami ranked twice in the top 25 AP Poll, which hadn’t happened since 1966. He started the recruitment of in states kids allowing guys from Florida to remain close to home. An endless amount of accomplishments in only a four-year span, but one of the biggest being the decision to start Kelly at quarterback.

“Schellenberger took over my redshirt freshmen year and gave me my first start ever against Penn State," Kelly said. "Coach told me four hours before the game that I was going to start. The first thing I did was go into the bathroom and throw up. He heard me and waited for me to come out and said 'son what’s wrong?' I said, 'Don’t worry, coach, I did that before all my high school football games.' He said, 'OK, then let's go get them.' ”

To think the timid redshirt freshmen ended up finishing his college career with 376 completed passes, 5,228 yards and 33 touchdowns, plus he was inducted into the Hurricanes Hall of Fame in 1992.

Kelly wasn’t there for Miami’s championship run in 1983 or their five national titles, but it was Schellenberger’s blueprint that propelled Miami’s dominance and other programs around the country.

“When you’re coming into college and you think you’re everything and you are the best, but so was everybody else," Kelly said. "Coach always had the right thing to say. You have to do more than what you’re just told. That was one thing I learned more than anything from him. The extra work I had to put in.”

It’s not Schellenberger's overall record 158-151-3 that his players will remember. It’s the compassion and care he had for each and every one of his players.

“I talked to him a few months back and I could just tell by his voice," Kelly said. "I talked to his wife more than I have him due to his health. Sometimes it’s better this way before you’re not in pain anymore. I saw how he was before, but anytime you lose a loved one, one you look up to and respect it’s always hard. Cliché but he’s in a better place.”

The bond of a coach and his player goes far beyond the X’s and O’s. It’s gained “parent” for life.

“He’s going to be missed, there’s no doubt about it,” Kelly said.

“He was always there for me. My senior year, Heisman trophy, when I blew my shoulder out, they told me I would never play again and coach was there every day making sure I was doing my rehab. He told me Jim when you feel you’re 100 percent, not 90, but 100 let me know. I will reach out to all the scouts and I'll make sure their here and we will have your own pro day. He knew what I wanted in my life was to take care of my mom and dad and coach was there from start to finish.”

And the mostly call of Kelly’s career came in 1983 when Kelly was drafted to the Houston Gamblers before heading the Buffalo Bills in 1986.

Kelly credits not only his parents and brothers to his success but Coach Schellenberger. If Schellenberger decided not to take a chance and start the young redshirt freshmen, would the Bills and Buffalo have a “Jim Kelly” or four Super Bowl appearances?

What Kelly says he does know is Schellenberger belongs in the College Football Hall of Fame.

“Totally! 100 percent," he said. "Without a doubt he brought back Florida Atlantic University and Miami. He’s had his ups and downs but who hasn’t. There’s no doubt he deserves to be in the Hall of Fame for all of his accomplishments.”

It’s that very legacy that Kelly says he will always push for Schellenberger.