The Bills are 9-4 and in good position for the postseason berth, but the Steelers are 8-5 and are in the middle of a jumbled race in the AFC. 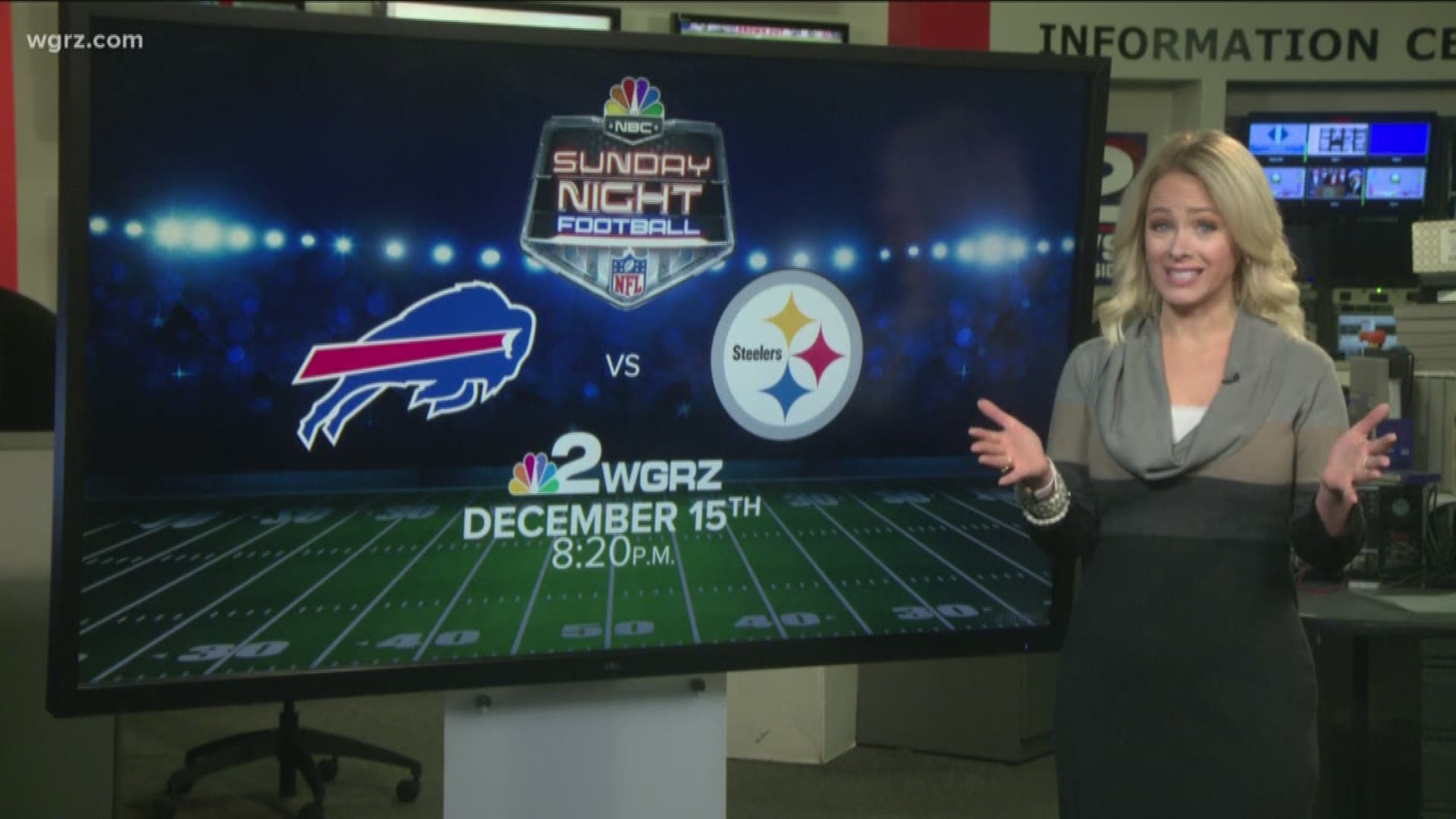 BUFFALO, N.Y. — Get ready for another prime-time game, Bills fans.

The Buffalo Bills have another prime-time appearance next week, when they play the Steelers in Pittsburgh on Sunday Night Football.

The Week 15 game, which will air on Channel 2 on December 15, could have huge playoff implications. The Bills are 9-4 and in good position for the postseason berth, and the Steelers are in the hunt at 8-5.

The game that was originally supposed to be in prime, between the LA Chargers and Minnesota Vikings, is now a 4:05 p.m. start that day.

The last time the Bills played on Sunday Night Football was in 2007 when they hosted the Patriots. That game was also flexed.

The Bills are hoping it's a much different result this time around though since New England won that game, 56-10.

RELATED: Josh Allen and Bills are hungry for playoffs after big win in Dallas