Bills still dealing with injuries in week 3 of OTAs

Only the injury to tight end Tyler Kroft appears to be serious. 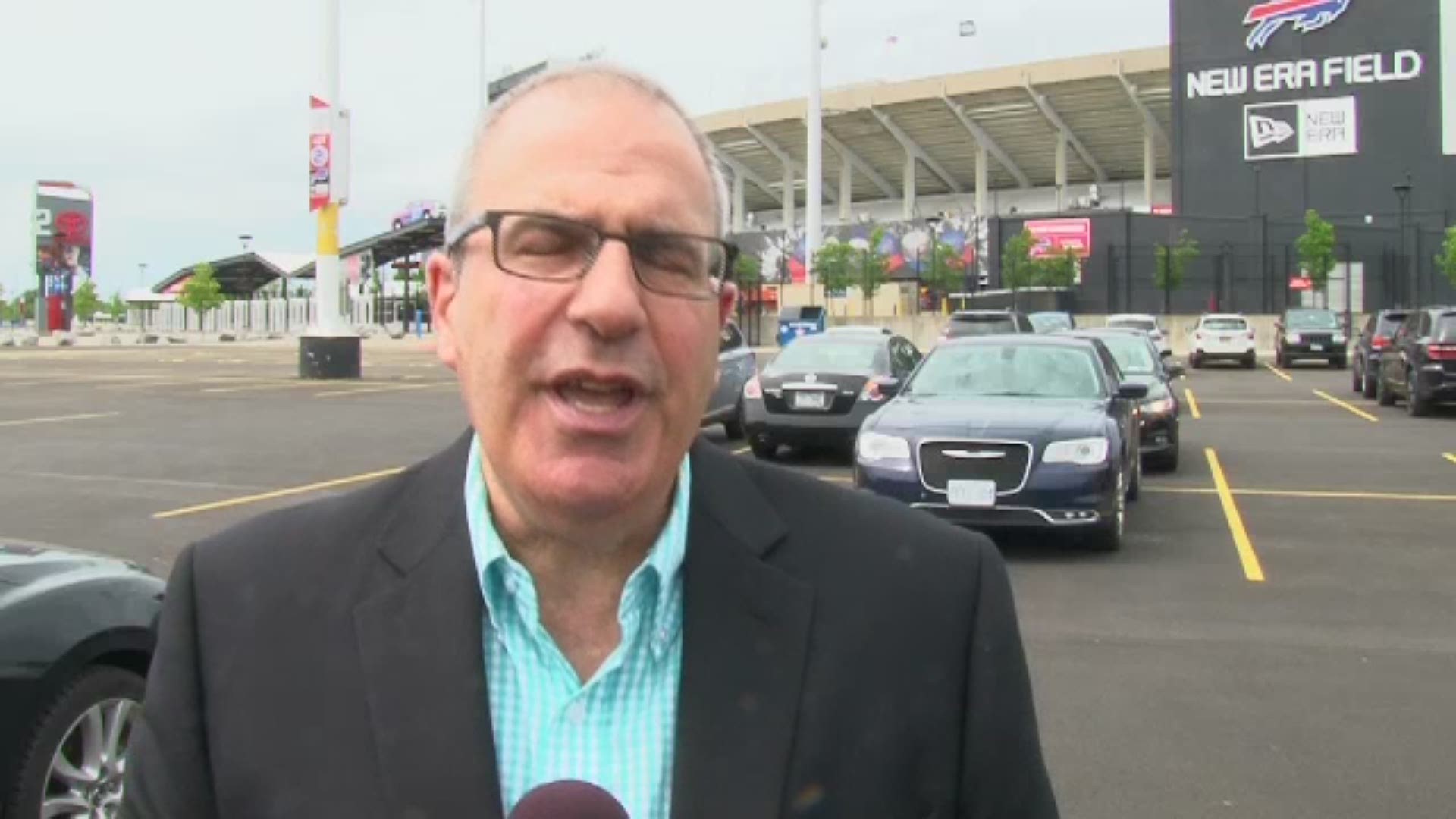 ORCHARD PARK, N.Y. — With OTAs winding down, the Bills are still dealing with numerous injuries although according to head coach Sean McDermott most aren't too serious.

"Anytime you miss, it is serious because we need you out there. I mean there's a number of guys that aren't practicing. So hard to develop the team when you're not practicing and not available so, but overall, other than really Tyler's situation that we talked about the other week, most of 'em are at this point shorter term situations."

McDermott did react to reports that Hall of Fame quarterback Jim Kelly had joined his staff by saying " I didn’t hear that. I can elaborate on our growth mindset that we find every way possible to improve our football team. As far as that other report goes, I didn’t see that and I didn’t hear that."

But McDermott did acknowledge that there is a relationship with the Hall of Fame quarterback.

"It really boils down to, like I said before, us trying to find every way possible to improve our football team. I’ve stood up here before and told you guys we look at every way to improve our football team and this is no different. Jim is a Hall of Famer, and to me, it would be ignorant of us not to have a relationship with Jim. Sometimes asking him 'hey what do you think.' We’ve got a younger quarterback, so all of that’s healthy, all of that’s good. At the end of the day, Brian will be the one calling the plays and we’ll move forward with that. You guys can work out that much yourselves."