Injuries have forced the 2-6 Buffalo Bills to sign some players who have been on the sidelines recently. 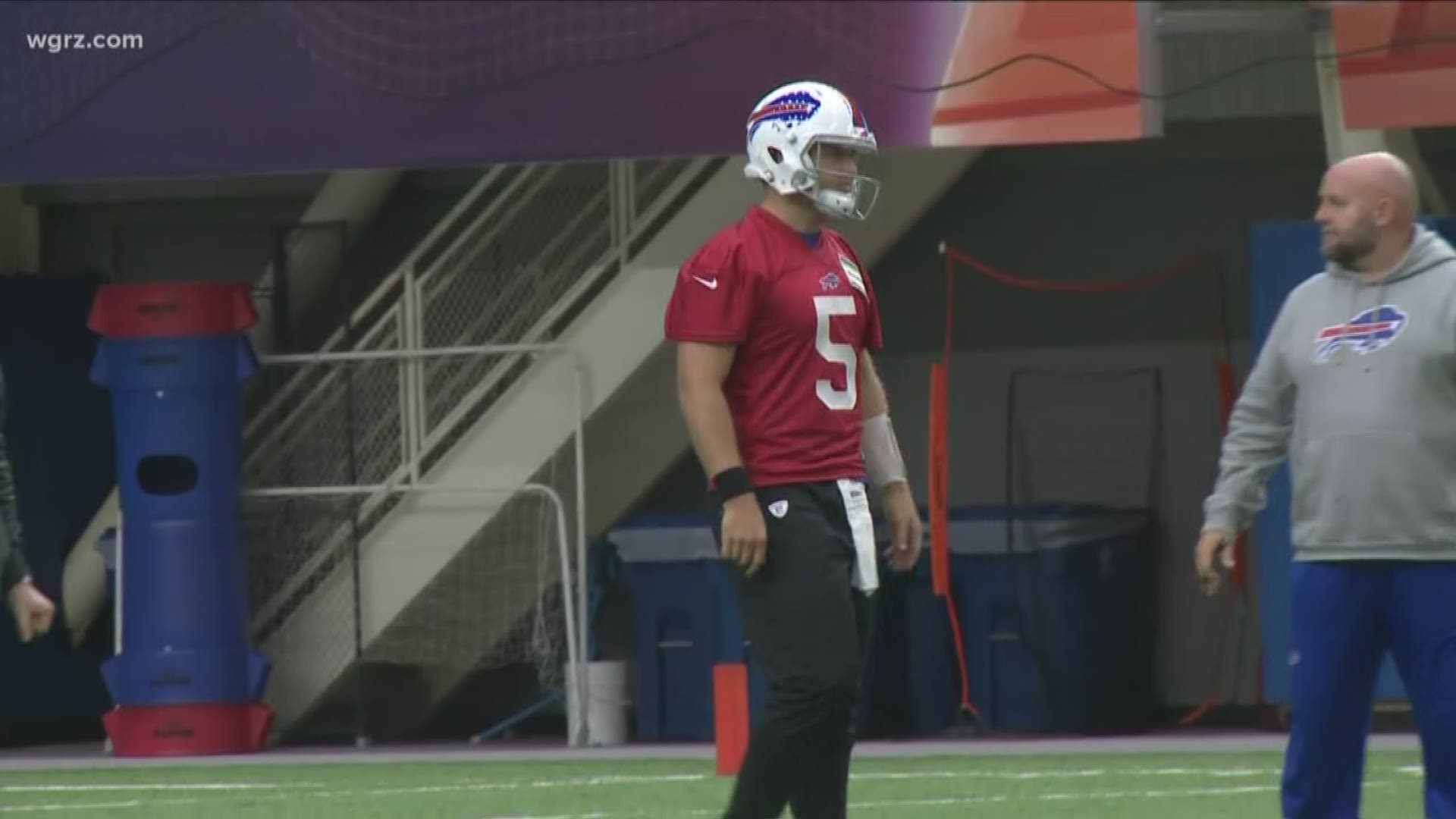 BUFFALO, N.Y. - Injuries have forced the Buffalo Bills (2-6) to sign some players who have been on the sidelines recently.

Barkley will likely serve in a backup role to Nathan Peterman when the Bills host the Chicago Bears on Sunday. Peterman is expected to start because veteran quarterback Derek Anderson is in concussion protocol following the loss to the Patriots on Monday Night Football. In addition, rookie quarterback Josh Allen is still unable to play because of an elbow injury.

Bills head coach Sean McDermott says they were looking for a quarterback who had "played recently."

Barkley was with the Bengals through the preseason before getting cut in September, and last appeared in an NFL regular season game for the Chicago Bears during the 2016 season. The 28 year old was drafted in the fourth round of the 2013 draft by the Philadelphia Eagles. In eleven career NFL games, Barkley has thrown for eight touchdowns and 18 interceptions.

The Bills signed Schmidt because punter Corey Bojorquez has been placed on injured reserve. Schmidt was the Bills punter heading into training camp, but was cut to make room for Bojorquez.

To make room for the moves made on Wednesday, the Bills also placed running back Taiwan Jones on injured reserve.

The Bills offense is struggling this season. Through eight games, they are ranked 30th out of 32 teams for total offense in the NFL.