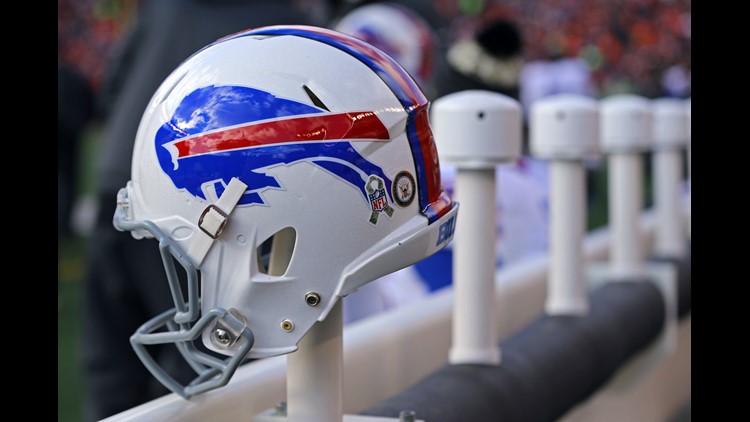 Nov 20, 2016; Cincinnati, OH, USA; A view of a Buffalo Bills helmet with the Salute to Service logo while sitting on the bench at Paul Brown Stadium. The Bills won 16-12. Mandatory Credit: Aaron Doster-USA TODAY Sports

BUFFALO, N.Y. — Bills' season tickets are projected to go up an average of $4.11 per game, according to a letter the team sent to season ticket holders.

According to a spokesperson for the Bills, the cheapest set of season tickets will be priced at $36 per game, while the most expensive premium seats will go for $1,259 for the season.

RELATED: Bills to stay in Orchard Park through at least 2023

RELATED: Benigni: What if the Bills had drafted Mahomes in 2017 draft?