Buffalo will have four prime-time games next season. Chief among those is a Thursday night date with the Super Bowl champs, Kansas City, at New Era Field. 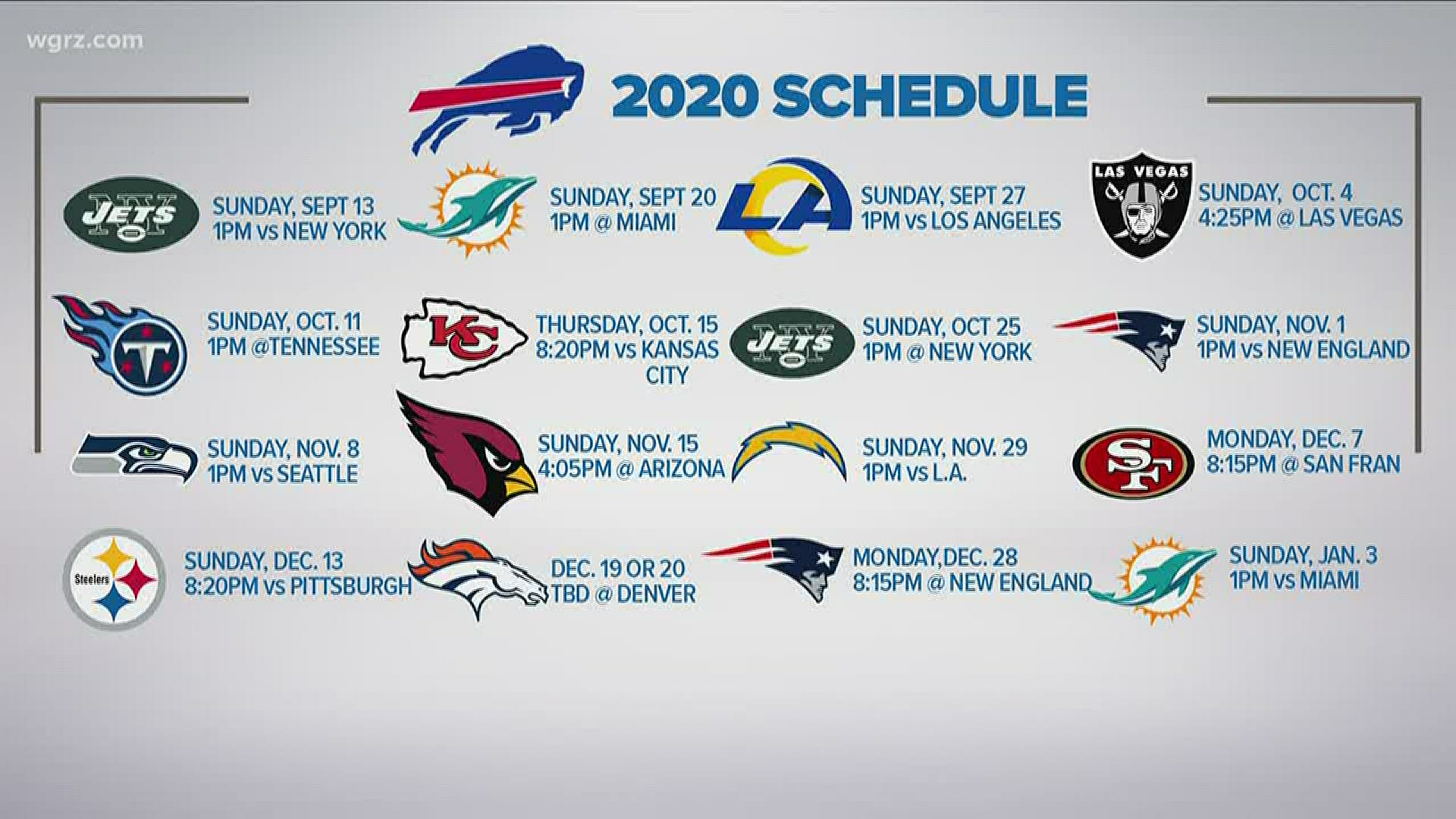 ORCHARD PARK, N.Y. — Coming off their second playoff appearance in three years, the Buffalo Bills will have four prime-time games next season.

Chief among those four is a Thursday night date with Super Bowl champion Kansas City on October 15 at New Era Field, in Week 6.

The other three prime-time games are all in December: in Week 13 at the San Francisco 49ers, Week 14 against the Pittsburgh Steelers, and Week 16 at the New England Patriots.

The game against the Steelers will be featured on Channel 2's Sunday Night Football.

The NFL's schedule rotations mean the Bills will play all the teams from the AFC West and NFC West divisions.

When the 2019 schedule was released last spring, the Bills had 14 games that were scheduled to start at 1 p.m. on Sunday. The two exceptions were the Thanksgiving day game in Dallas against the Cowboys and a Saturday December date with the New England Patriots.

That won't be the case this year.

RELATED: Levi Wallace will be gaming for a good cause on #GivingTuesdayNow