Adam and Vic TAKE2: Houston, do we no longer have a problem?

WGRZ's Adam Benigni is joined by Vic Carucci of The Buffalo News and Sports Talk Live after the Bills 35-32 win over the Rams. 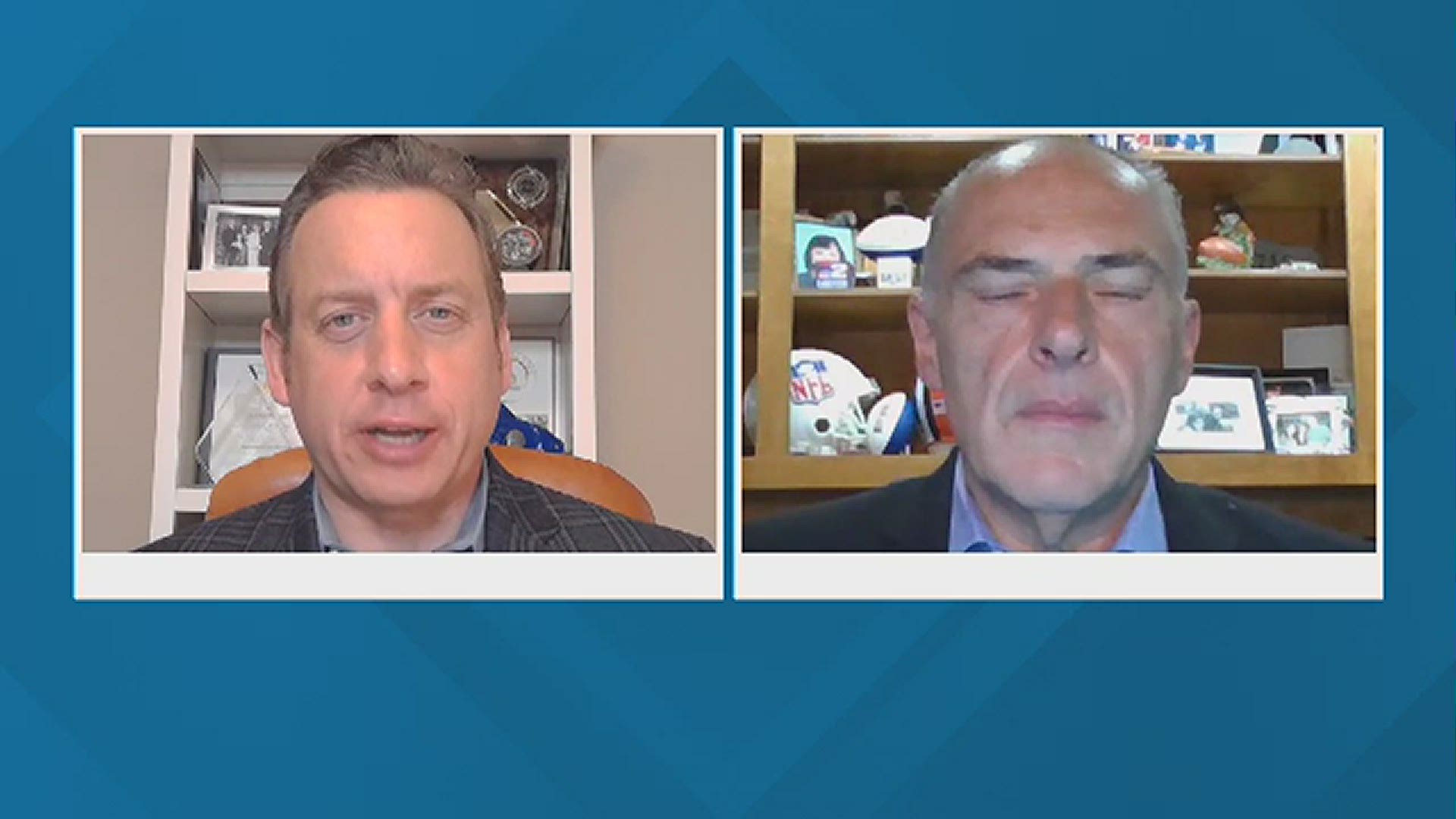 He said he thought about it at halftime Sunday with the Bills leading the Rams 21-3. He said he didn't want to be the reason the game got away.

He almost was. Almost.

After blowing a 25-point lead, Allen and the Bills offense put together an 11-play, 75-yard drive that lifted Buffalo to a 35-32 over the previously unbeaten Rams.   It was the eighth fourth quarter comeback of Allen's young career.

The Bills, and Allen in particular, continue to answer many of their critics.

WGRZ's Adam Benigni is joined by Vic Carucci of the Buffalo News and Sports Talk Live for takes on where Allen now stands among NFL quarterbacks, and where the Bills, now at 3-0, rank among NFL contenders.

Vic appears every Sunday and Friday, as well as Monday nights at 7:30 p.m. on "Sports Talk Live Buffalo."