Allen will match the next $10,000 in donations to the Kaleida Health Response Fund. 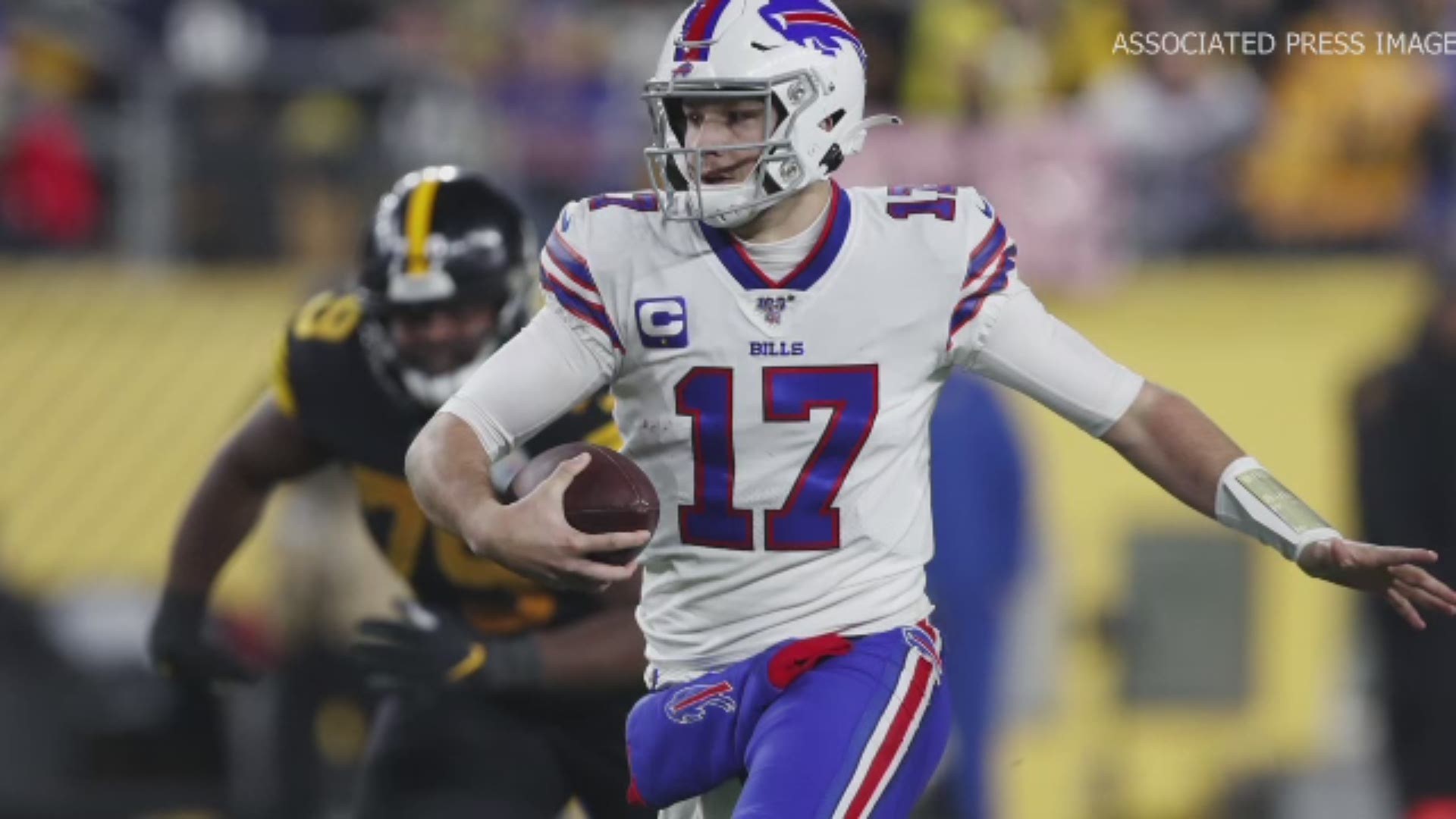 BUFFALO, N.Y. — It's not the first time Buffalo Bills quarterback Josh Allen has made a generous financial contribution to Western New York's fight against the COVID-19 pandemic.

Last month, Allen pledged $25,000 to supplement the $1.2 million donation made by Bills and Sabres owners Terry and Kim Pegula. The money donated by the Pegulas went to Community Response Fund, Feedmore WNY and the Rural Outreach Center, as well as other medical assistance causes.

Now, Allen has pledged to match the next $10,000 in donations to the Kaleida COVID-19 Response fund.

Allen spoke to reporters in a ZOOM conference chat that he wanted to follow their lead with the Pegula fund. He said, "I'm a firm believer that, if you can (give back), you must."

Allen and New York Jets quarterback Sam Darnold are among a group working out with quarterback coach Jordan Palmer in California. The group is getting its work done while practicing social distancing.

"Obviously a crazy time right now.  I'm trying to stay as healthy as possible, practice social distancing, and get work in," Allen said.

Last month, the Bills general manager traded for wide receiver Stefon Diggs. Allen believes the former Minnesota Vikings wide receiver will make a huge difference for the Bills. "I think it's a huge boost for our offense and our team. Even just going against our guys in practice is going to make our defense better, as well."

Allen mentioned Digg's route running ability, his double moves and his competitiveness. Allen believes that Diggs will only make the Bills a better team.

"I think it's going to be that many more opportunities for Cole Beasley and Brown with the addition of Diggs. Diggs creates separation and that makes throws much easier for a QB

"People think it is going to take away from what John Brown and Cole Beasley are going to do, but I see it the opposite. We're gonna have to find ways to get the ball into our playmakers hands. It's not added pressure, I think it's gonna make things a little easier because of the guys we have making plays."

Going into his third year, Allen is well aware that he needs to continue to make dramatic improvements in his game if he's to lead the Bills to the promised land. One reason he's optimistic is because he's in the same system with the same coaches. "I understand how big of a year it is, but I'm just taking it one day at a time and trying to be the best quarterback I can be," he said.

While many fans of the Bills, Jets and Dolphins were thrilled to see Tom Brady leave the AFC East, Allen wasn't among them. "People won’t like this answer but I liked playing against Tom [Brady].  It's still going to be a challenge to win the AFC East."  He added,  "what we've got going on in Buffalo is a special thing."

Allen said offensive coordinator Brian Daboll is preparing as if off season workouts will still start April 20th as scheduled. If that doesn't happen, they'll adjust as needed.  "Consistency and continuity with the offense is huge especially this year if the preseason workouts are shortened," said Allen.