Buffalo Bills: No fans in the stadium for the foreseeable future

The Buffalo Bills released a statement Tuesday saying there will be no fans in the stadium for the foreseeable future. 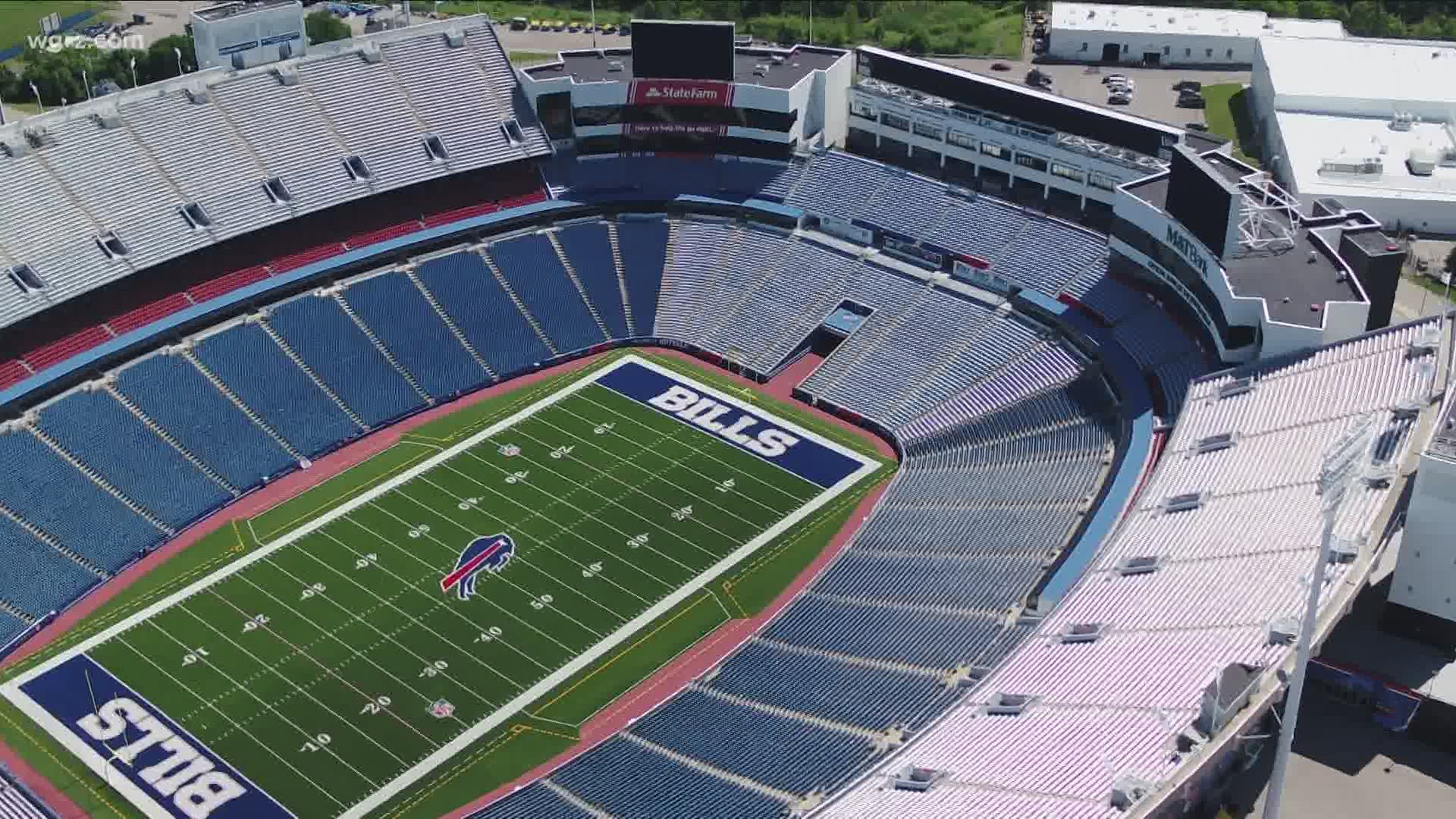 ORCHARD PARK, N.Y. — After there was talk that the Buffalo Bills were going to allow a small number of fans in the stands for some future home games, that talk got shot down Tuesday.

The Buffalo Bills released a statement saying there will be no fans in the stadium for the foreseeable future.

You can read the full statement below:

"We hope you, your family and friends remain healthy and safe, and are enjoying our strong start to the season. At the end of August, we announced we would not be having fans for the first two games of our season based on guidance from the New York State Department of Health for professional sports. As of today, there has been no change to those protocols and fans will not be able to attend home Bills games for the foreseeable future.

We promise you we are working diligently behind the scenes to ensure we are ready to provide fans with a safe environment should protocols change and we are able to root for the Bills in person."

Erie County Executive Mark Poloncarz addressed those talks on Monday saying, "We believe that at least 10 percent of the seating could be utilized safely for fans, which is a little over 7,000 fans." Poloncarz added. "The Bills were looking at 9,000 but it's really in the hands of the state right now."

Initially, the Bills announced in August that there would be no fans in the stands for the first two home games in September and that they would reconsider fans after those two games.

We’re still working hard to be ready when we can welcome the best fans in the world back to @BillsStadium.