Bills must find consistency in the running game

LeSean McCoy has just 21 carries for 85 yards in three games so far this season. 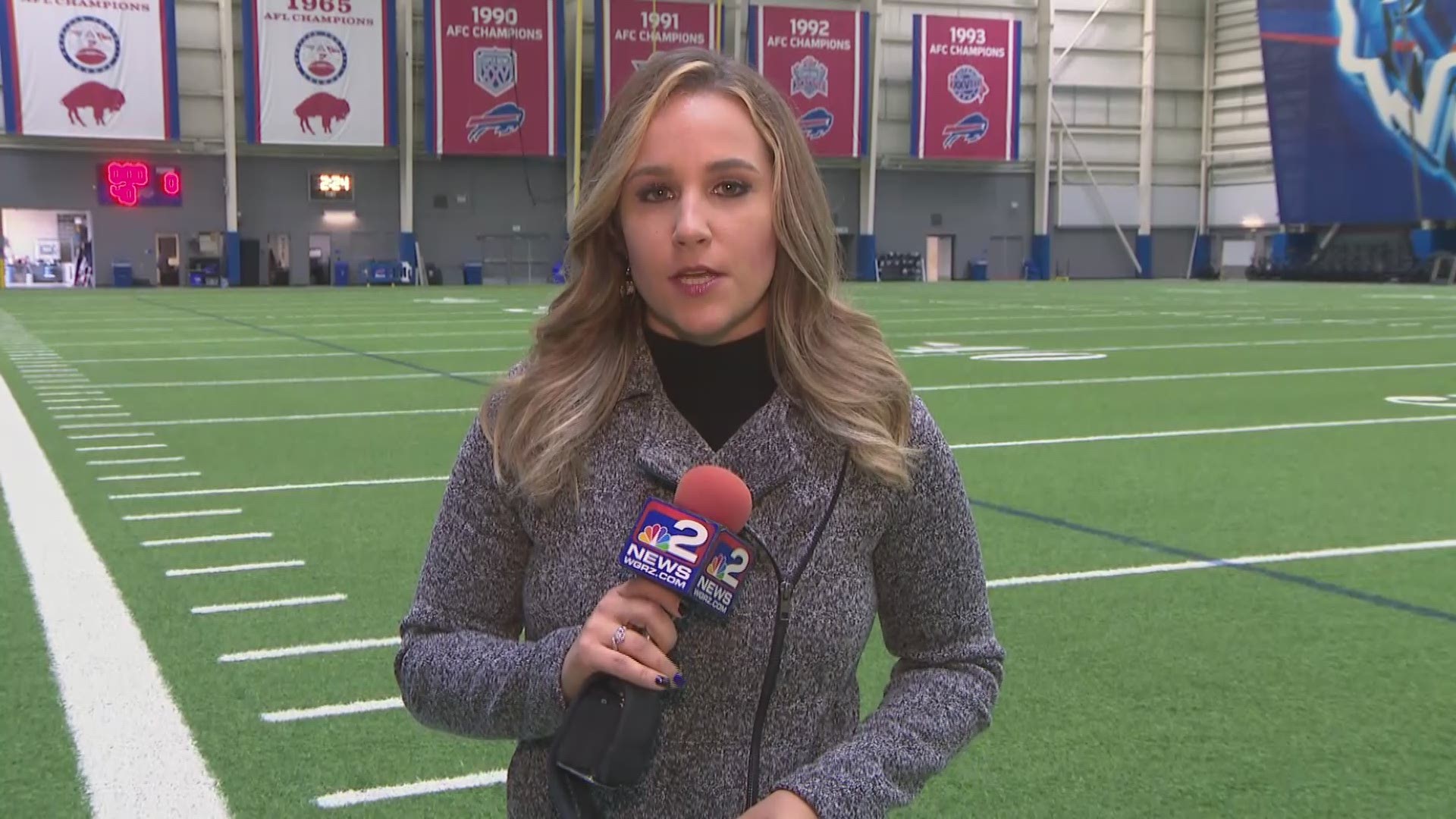 ORCHARD PARK, NY - We knew there would be growing pains with the Bills offense this season. That's just what happens when you start a rookie quarterback. Not to mention there isn't much talent around him on that side of the ball.

But one thing that was supposed to be a strength of this team was the running game centered around LeSean McCoy and so far it's been anything but.

"I don’t care if it’s an eight man box, a nine man box, or a ten man box, if you want to run the ball and they know you’re going to run the ball, you’ve got to be able to run the football," head coach Sean McDermott said.

McCoy has just 21 carries for 85 yards in three games. As a team, the Bills are averaging 88.3 yards per game, that's the eighth worst in the NFL.

"It's tough. At the end of the day, all I can control is when I get the ball in my hand, making plays when my number is called. Simple as that. Help the team win games," LeSean McCoy said.

McCoy missed the Bills' week three win against the Vikings with a rib injury but returned the next game at Green Bay where he only had five carries for 24 yards.

"The coaches know I want to get the ball every play so they know that. We're just trying to figure it out," McCoy said.

McCoy also attributed some of the issues in the running game to mistakes and penalties.

"It's hard to get the ball a lot when we're getting penalties, we're first and 15, second and 20. I mean it's kind of hard it’s hard considering that the defense comes in to play Buffalo offense, the main guy you want to stop is McCoy. You add that to the fact that we put ourselves in bad situations," McCoy explained.

Getting the running game going is just one of many issues the Bills offense needs to clean up heading into week five where they host the Titans.