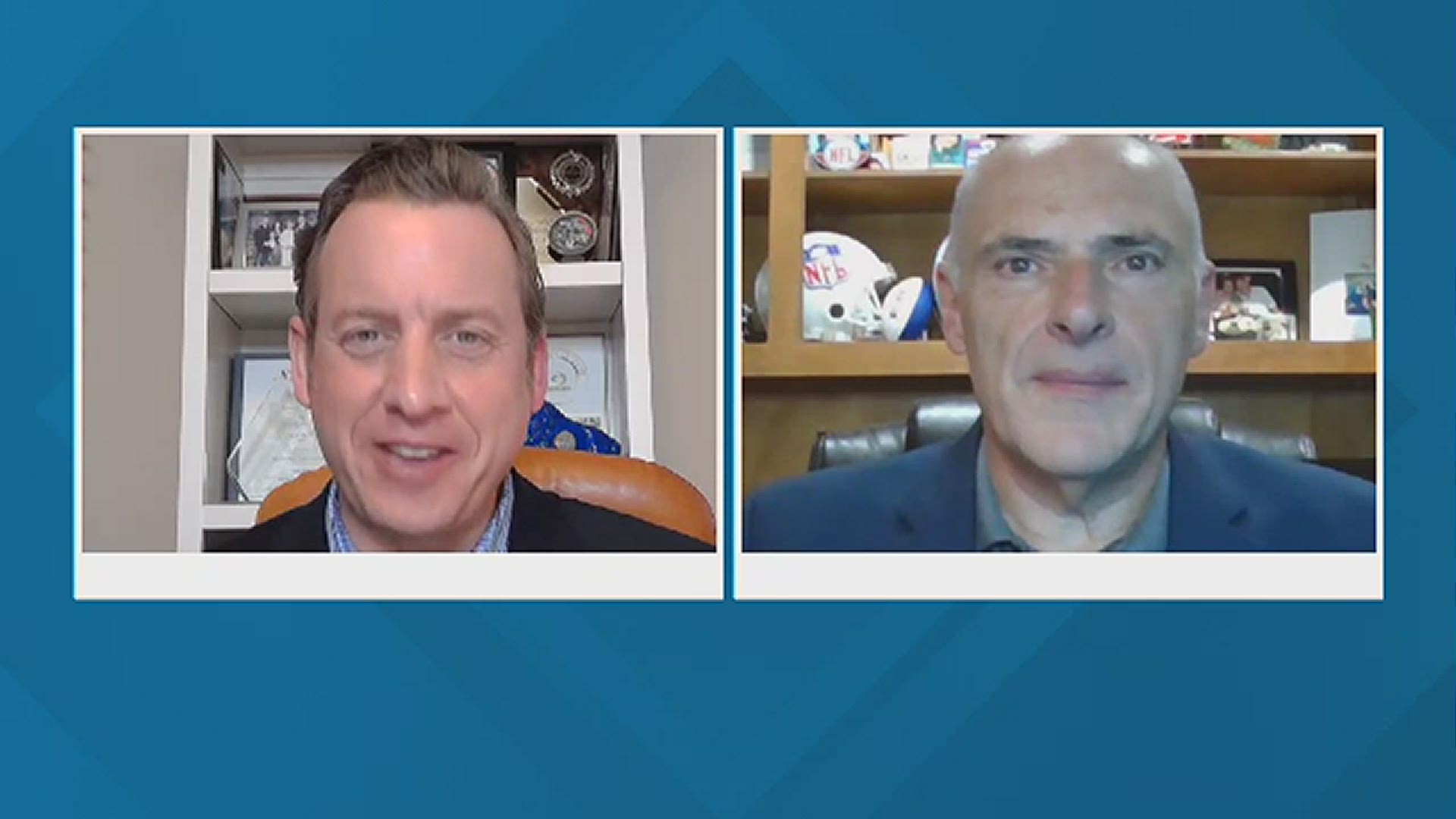 The Jets manage just three yards on their opening drive as the Buffalo defense starts strong as advertised forcing a three and out.  The Bills moved the ball well on their first possession that included Allen hooking up with newly acquired receiver Stefon Diggs twice in the short passing game.   Allen then ran 12-yards for a first down.  He ran the ball again on the ensuing play and fumbled with the Jets recovering at their own 19-yard line.  Again, the Bills defense closes the door as the Jets are able to gain just a single yard before punting for the second time in the game.   The Buffalo offense is then able to get things into gear putting together a 55-yard scoring drive on seven plays.  Allen capped it with a two yard touchdown to give the Bills a 7-0 lead in the first quarter.   The Bills defense again responded with a third straight three and out.   The Jets managed just four yards on their first three  possessions.

The Bills continued to show a great deal of versatility on offense with the Jets struggling to account for all of the options at Allen's disposal.  Buffalo puts together a six-play 82-yard drive that's capped by Allen connecting with third round pick Zack Moss for the touchdown and a 14-0 lead.

#Bills Josh Allen has thrown for 300 yards in a game for the first time in his career@WGRZ pic.twitter.com/oPdwTuvxXu

The Bills continued to dominate on both sides of the ball as the offense puts  together another scoring drive.  Allen engineers a 14-play, 68-yard drive over 7:58 that gives Buffalo a 14-0 lead.    The defense then kicks it up a notch and takes the ball away.  Linebacker Matt Milano with a terrific interception to give Buffalo the ball back at the 50-yard line with 5:43 left in the second quarter.  Buffalo is able to drive the ball deep into New York territory, but Allen fumbles for the second time in the game and the Jets are able to recover at their own 12-yard line with 1:27 left in the half.   The Jets are able to drive themselves into field goal range and get on the board as time expires.  Bills lead 21-3 at the half.

The Jets defense closes the door at the start of the second half forcing a three and out and sacking Allen on 3rd and 10.  The Bills punt and New York gets a drive start from its own 22.  The Bills defense is again able to keep New York off the board.   Allen drives the Bills into field goal range but rookie kicker Tyler Bass was wide right from 38-yards away leaving Buffalo still up 21-3 with 5:58 left in the quarter.   Three plays later, the Jets connect on their first touchdown of the game.  Sam Darnold hits Jamison Crowder who is able to take off after a missed tackle from Tremaine Edmunds.  It's a 69-yard scoring play and a 21-10 lead for the Bills with 5:10 left in the quarter.  Just before the end of the quarter, Bass misses again, this time from 34-yards away wide right.

The Bills defense is able to respond as Jordan Poyer forces a fumble and Jerry Hughes is able to recover.  After a review the call stands and the Bills take possession at the 38-yard line.  The Bills put together a 10-play 34-yard drive.  Allen missed a wide open John Brown in the end zone on second down, and then tried to a force a ball to Zack Moss on third down.  Bass connects on a 22-yard field goal to give the Bills a 24-10 lead.  The Bills go 63-yards in 11-plays and cap it with a 19-yard field goal by Bass to take a 27-10 lead with 3:15 left.   The Jets drive the ball 86-yards in 11-plays capped by a 2-yard TD run from Josh Adams.  That trims the Buffalo lead to 27-17 with :54 left in the game.