Devin Singletary and Zack Moss combined for 42 yards on the ground in Week 1. How will the Bills address that in Week 2? 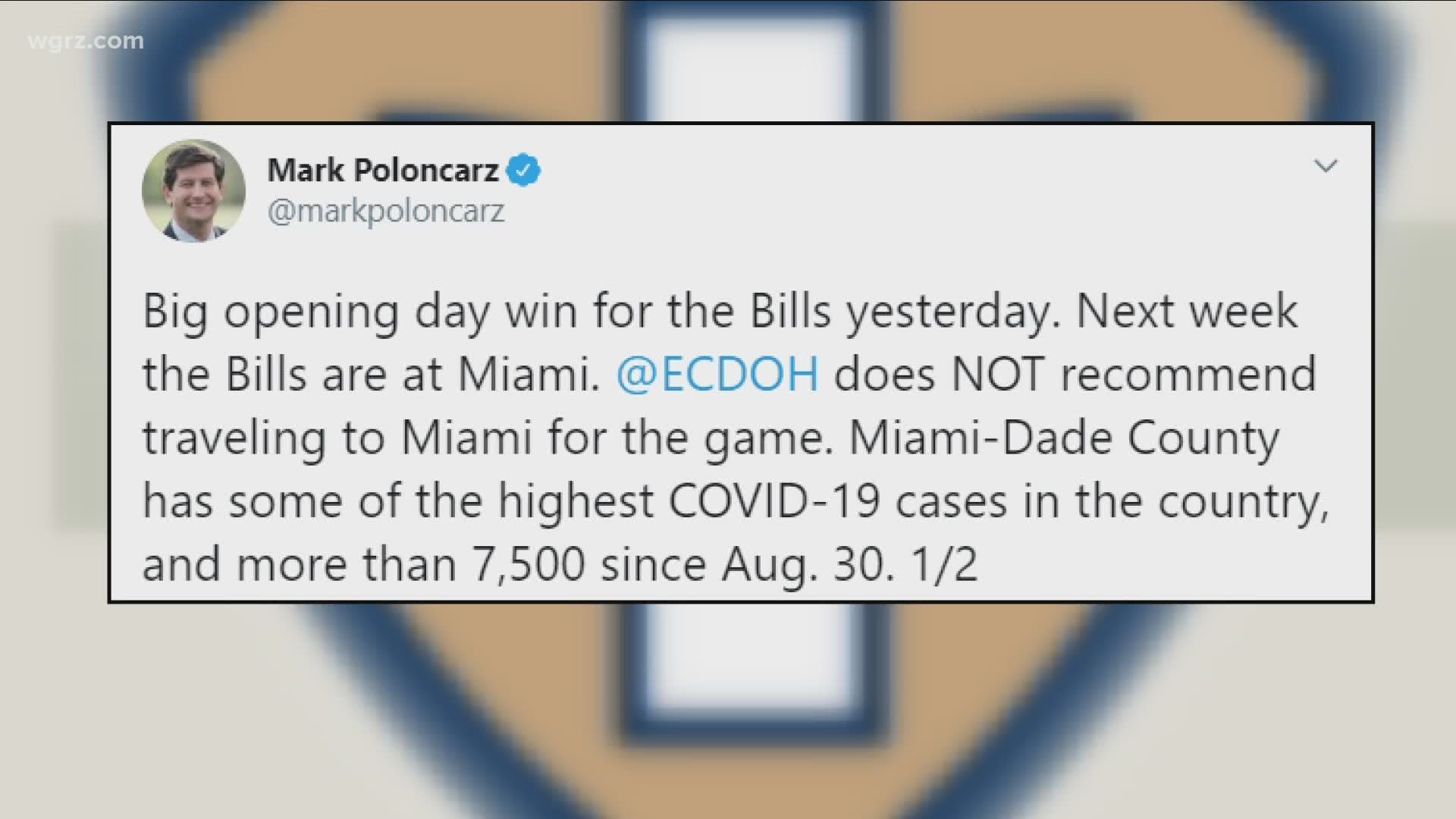 ORCHARD PARK, N.Y. — Week 1 is out the way, and the Bills ran away with a 27-17 win over the Jets. It was a long and unique off season due to COVID-19 so the Bills knew adjustments would need to be needed.

Week 2 brings a new opponent in the Miami Dolphins and new challenges.

As dominant as they were as a unit against the Jets' offense, some influential parts on defense may not play this Sunday. Two linebackers, Matt Milano and Tremaine Edmunds, went down against New York. Milano with a hamstring injury and Edmunds with a shoulder injury. On Wednesday, Milano didn’t practice, but Edmunds did appear at the field with red non-contact jersey. It isn’t clear yet if both will be active versus Miami.

Coach Sean McDermott is keeping it cool and is not providing too much of an update on the players except both are receiving treatment.

Wide Receiver John Brown, who led in targets against the Jets, also didn’t practice on Wednesday. The team said he has a foot injury.

Josh Allen was incredible against the Jets setting career high numbers in passing and that’s expected to continue this week. He hit eight receivers, but the run game was slow. Devin Singletary and Zack Moss combined for 42 yards on the ground.

Coach McDermott hasn’t lost hope in his young backs but did tell the media they’ll work on a way to increase their role in the offense for this week.

This will be the Bills first away game of the season and the first time that they are able to play in front of a crowd during this COVID-19 pandemic.

Cornerback Tre'Davious White, a player who was on the fence about playing this season, said he’s excited for fans in the stadium but cautious at the same time.

“If it's safe, yes I’m for it,” White said. “But if they’re not following the protocol then no. If it's safe then I’m all for having fans to let everyone see us perform and see their team. It's going to be exciting whatever it is, fans or no fans. If we prepare well and and we play how we practice I feel like we will be fine, and go down there and just keep our energy up and cheering each other on.”

White also went on to say, no matter what, it’s up to them to hype each other up because even if there are a lot of fans it wouldn’t Bills fans anyway.